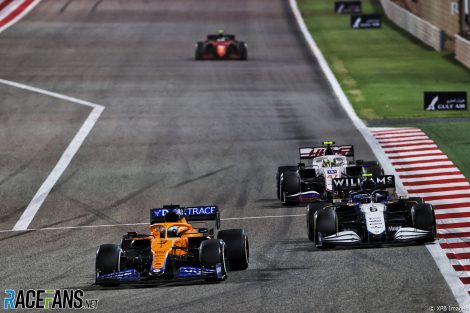 When Daniel Ricciardo signed up to drive for McLaren, he would never have imagined the troubled situation he finds himself in halfway through his three-year deal.

The Austrian Grand Prix marked that mid-way point, and saw only his third top-10 finish on a Sunday since this season began. Ricciardo has scored barely more than a quarter of team mate Lando Norris’s points tally.

McLaren Racing CEO Zak Brown caused a stir earlier in the year by indicating his dissatisfaction with Ricciardo’s performance. Brown has also been busy signing driver contracts: a new McLaren deal or extension seems to come at the rate of one per month.

Norris got a new F1 deal earlier in the year, less than 12 months after his last one, which inevitably set tongues wagging about how his performances had eclipsed his senior team mate’s. Then came contract extensions for IndyCar duo Patricio O’Ward and Felix Rosenqvist, plus an F1 test deal for their Andretti rival Colton Herta, who is widely regarded as one of America’s top prospects for a future switch to grand prix racing.

Then, in a seismic development, McLaren also announced it had nabbed reigning IndyCar champion Alex Palou from his Ganassi squad, mere hours after that team claimed to have taken up an option on his services for 2023.

Between the expanded, three-car IndyCar team McLaren intends to field next year, plus its two new Formula E seats to fill, more than enough berths exist for its enviable line-up of drivers. But the Palou deal sparked fresh speculation over whether McLaren remained committed to Ricciardo for the third and final year of his F1 contract.

Strikingly, within 24 hours of the Palou announcement, Ricciardo took to social media to make his position clear.

“There have been a lot of rumours around my future in Formula 1 but I want you to hear it from me,” he wrote. “I am committed to McLaren until the end of next year and I am not walking away from the sport.”

“[I] appreciate it hasn’t always been easy, but who wants easy?” he continued. “I’m working my ass off with the team to make improvements and get the car right and back to the front where it belongs. I still want this more than ever.

“See you in Le Castellet.”

A little over a week later at the Paul Ricard near Le Castellet, Ricciardo sat down with RaceFans and explained why he…