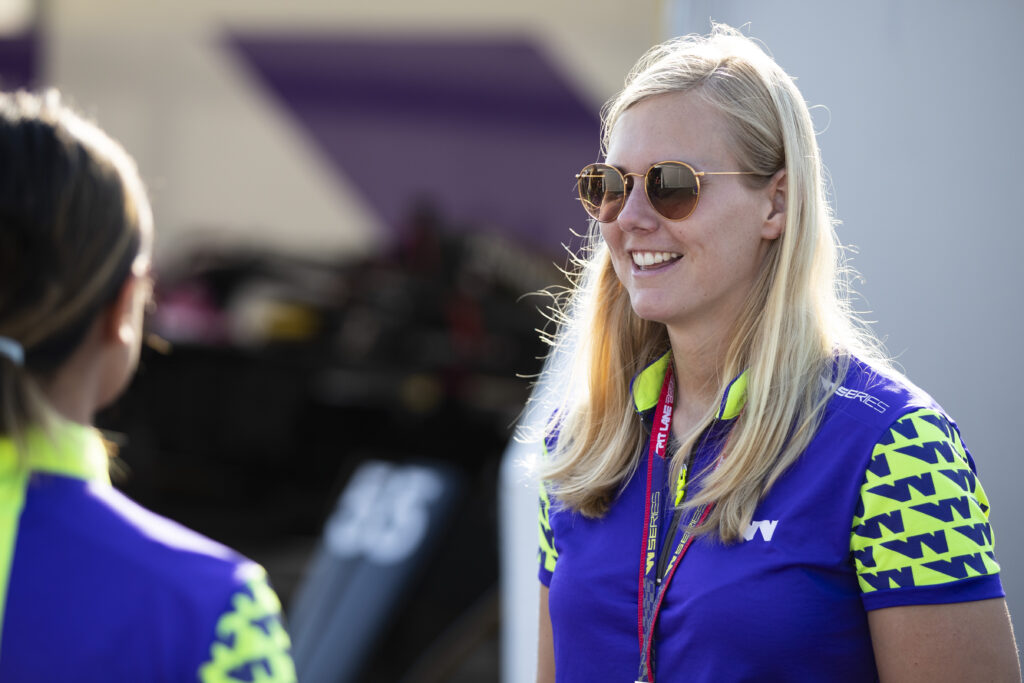 Beitske Visser secured the first pole position of her W Series career at the fifth race of the 2022 season at Circuit Paul Ricard.

Jamie Chadwick had edged out the 2019 runner-up by just one hundredth of a second with 90 seconds of qualifying remaining. But the reigning double champion was given a two-place grid penalty after the session for crossing the white line at the pit-lane exit in the closing stages.

That deprived Jamie of a fourth consecutive pole and promoted Beitske – whose sole W Series victory came in the second race of the inaugural 2019 season at Circuit Zolder, Belgium – and Nerea Martí. Jamie will now start Saturday’s race in support of the Formula 1® Lenovo Grand Prix De France 2022 from third on the grid as she chases her seventh straight W Series victory – a run of success dating back to 23 October 2021 in Austin, Texas, USA. Her four wins from four so far this term have seen her build a commanding 47-point lead over nearest challenger Abbi Pulling, who was 12th in qualifying in south-eastern France.

Marta Garcia will line up alongside Jamie on the second row and start one place ahead of her compatriot Belén García. Abbie Eaton recorded her best qualifying result of the season in sixth, and Fabienne Wohlwend was seventh. Jessica Hawkins, Sarah Moore, and Emma Kimiläinen completed the top 10.

Qualifying was delayed by five minutes due to a red flag in the previous on-track session, but the track temperature was still more than 45 degrees Celsius when the drivers left the pit-lane at 19:30 local time (CEST).

After five minutes, all of the drivers had posted a competitive time and Marta’s was the fastest. The Spaniard and Jamie traded quickest laps on their next runs, before Nerea and Belen beat Jamie’s time but not that of their compatriot, meaning Marta headed an all-Spanish top three with 22 minutes remaining.

Nerea briefly held top spot with a third of the session gone, but shortly after crossing the line she had her lap time deleted for exceeding track limits at Turn 12. Undeterred, Nerea regained first place with her next effort when she went faster than anyone in the final sector.

All of the drivers had pitted for fresh tyres as the second half of the 30-minute qualifying session began. Marta was the first to take advantage of the fresh rubber, going eight one-hundredths of a second faster than Nerea as the clocked ticked below 10 minutes.

Marta, Beitske, and Jamie became the first drivers to…