Can The Next Gen Car Save Pocono? 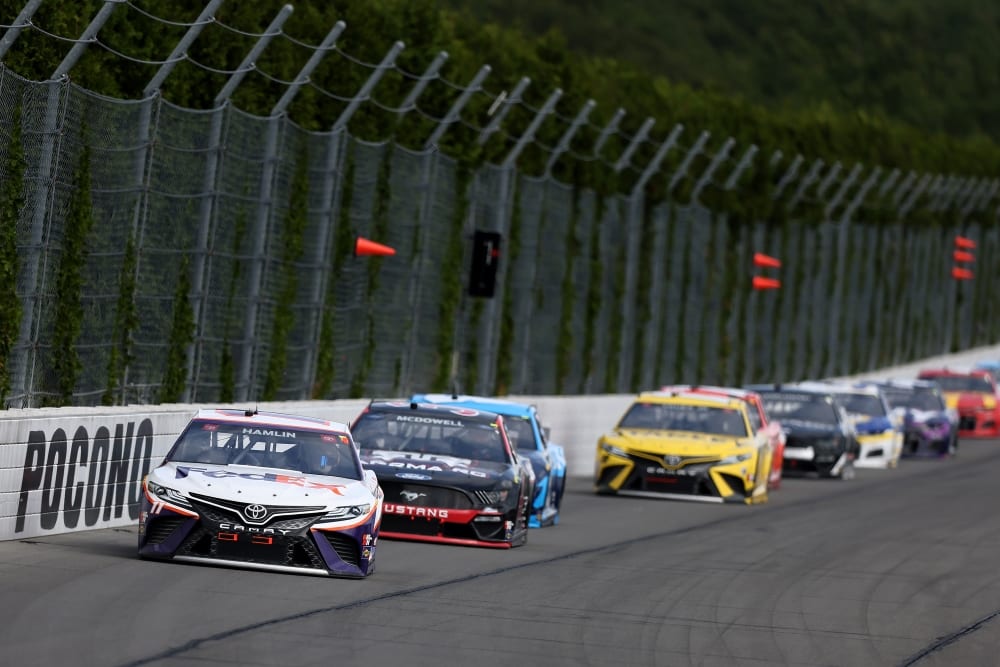 It has the reputation for being NASCAR’s most boring track, so is Pocono Raceway going to drop off the schedule soon? – Faren B., Birmingham, Mich.

One of four tracks on the 2022 NASCAR Cup Series schedule not owned by NASCAR or SMI, Pocono Raceway has been rumored on the chopping block for a long time.

Its unique 2.5-mile layout features three turns cribbed from other racetracks (the defunct Trenton Speedway, Indianapolis Motor Speedway and the Milwaukee Mile) and so each end is completely different, as is the middle for good measure.

RETWEET TO CONGRATULATE KYLE BUSCH ON HIS WIN AT POCONO! pic.twitter.com/HrrwjkzZVx

Despite Pocono’s reputation for hosting some of the most suspenseful fuel-mileage races of the Gen-6 era, the Tricky Triangle hasn’t offered the kind of side-by-side battles for the lead that fans and NASCAR want to see. Following through the long, flat, fast turns is difficult in dirty air, and the field generally spreads out until a caution for someone’s brake failure sets up a crazy five-wide restart along the longest front straightaway in NASCAR (the Tricky Triangle’s hypotenuse).

In the last 15 years, Pocono has also attracted attention for being behind the times when it comes to safety. The track only installed catch fence along the back straightaway after Kasey Kahne and Elliott Sadler nearly left the property in separate accidents in 2010, and Justin Wilson’s fatal accident during a 2015 NTT IndyCar Series race followed by Robert Wickens’ spinal injury three years later has lent Pocono a grim reputation.

Kasey Kahne got airborne during a wild Pocono pileup in 2010. pic.twitter.com/NvP4fy69aD

Pocono is the last family-owned facility on the Cup schedule and one of the largest. Maintenance is difficult and upkeep is expensive. Dropping down to one race weekend, and now one race per year, won’t help.

It seems like NASCAR has been dragging its feet about taking Pocono off the schedule ever since 2011. Both Cup races were reduced from 500 to 400 miles in 2012, and the track was the site of the first-ever planned Cup doubleheader weekend in 2020.

The Saturday race in 2021 was the least-watched Cup race in network television history, and so for 2022 the track will see just a single 400-mile Cup event.

But Pocono fans adore their home track. This weekend’s race is one of only four given to the major population…