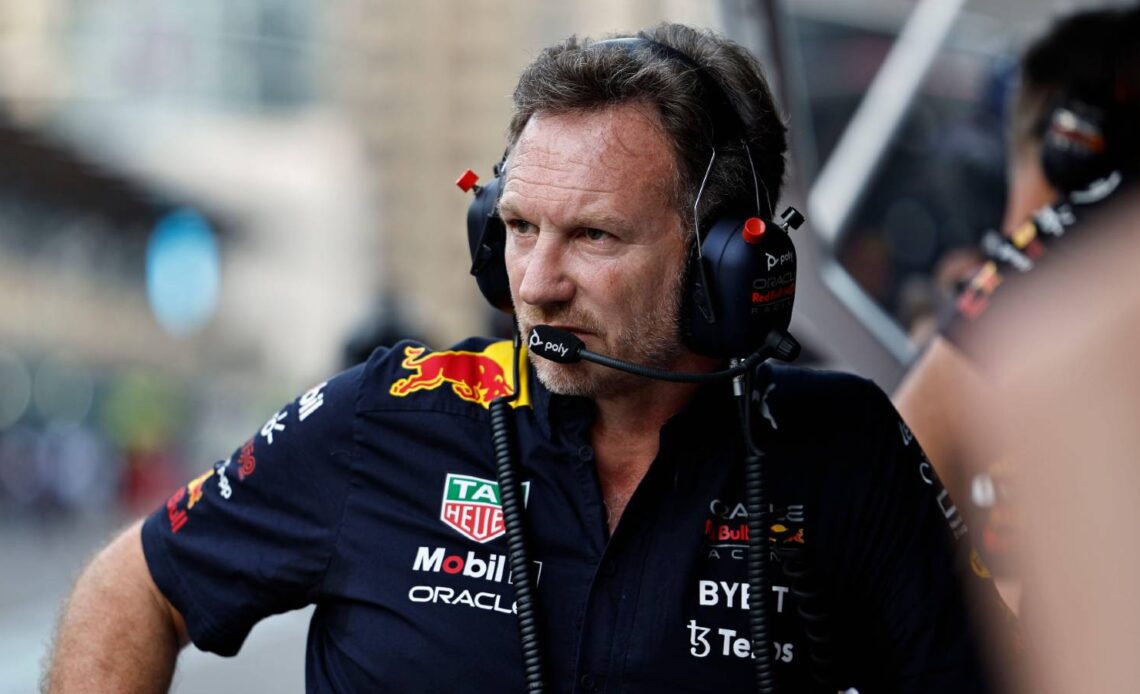 Christian Horner has suggested there has been significant lobbying from “a certain team” in regards to floor regulation changes for 2023.

A report emerged on Friday that at least six teams, including Horner’s Red Bull, are set to oppose proposed changes from the FIA in regard to the floor regulations for next season.

The sport’s governing body has been under increased pressure from certain areas of the paddock to fix the issues causing porpoising with drivers’ long-time health a concern and, before the Canadian Grand Prix, the FIA announced a technical directive which will come into effect from the Belgian Grand Prix at the end of August and specifically target the flexi-floor trick currently being employed by some teams up and down the grid.

Mercedes have been the biggest pushers for the changes but the six teams have doubted that the regulation changes are to do with safety and Horner said there had been significant pressure from a “certain team” so they can run their car lower.

“It’s not so much the directive that’s an issue,” Horner told Sky Sports F1 following FP2 of the French Grand Prix. “I think the problem is what they’re looking at as a remedy is for next year because the directive is neither here nor there for us.

“I think there’s an awful lot of lobbying to change regulations significantly for next year so a certain team can run its car lower and benefit from that concept, which, you know, it’s a very late point in the year to be doing this.

“I think the president’s [Mohammed ben Sulayem] doing the right thing. He’s collating all the information and hopefully a sensible solution could be found because it’s too late in the day for fundamental regulation changes which something like that would be.”

Horner was then pressed on if everyone was currently passing the regulations, why is it a bad thing for the FIA to change the rules following the summer break.

“Ride the car higher, it’s easy,” he replied. “We haven’t had a problem all year, there’s only one team that’s that’s had a big problem.

“We’ve got some of the most talented engineers in the world in this sport and I can almost guarantee you if we came back next year, there will be no cars probably with issues.