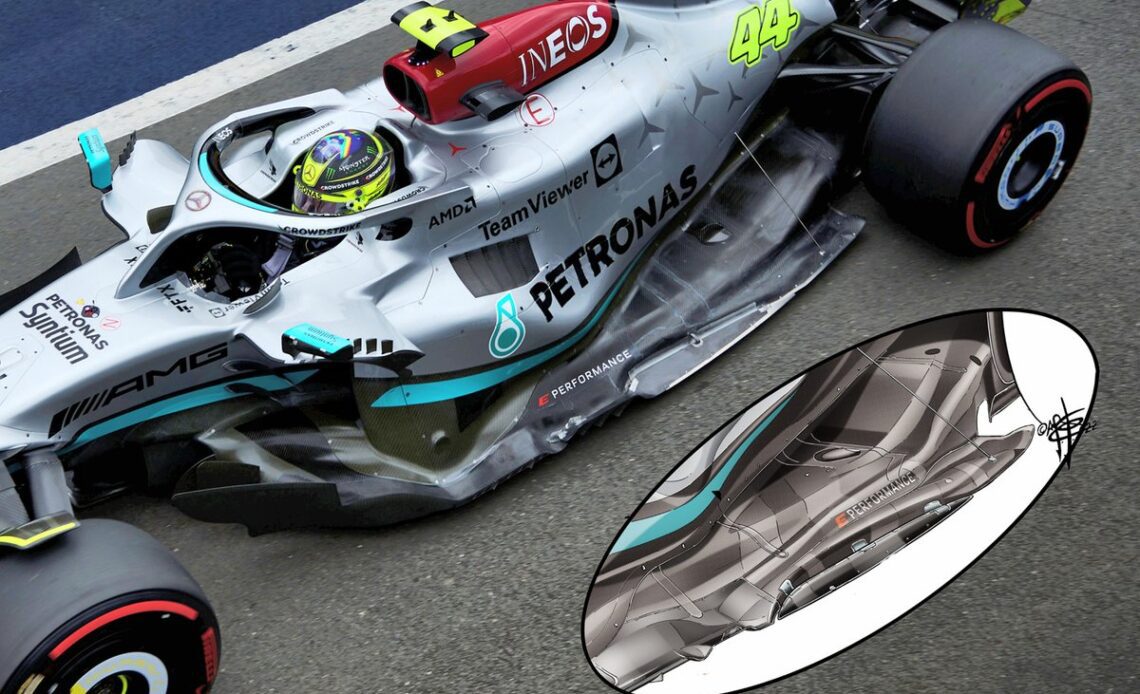 As part of the FIA’s intervention on safety grounds to limit bouncing following driver complaints, it outlined recently the measures it was going to implement.

As well as enforcement of an Aerodynamic Oscillation Metric (AOM) and a clampdown on flexi floors from the Belgian Grand Prix, it also decided that changes to the technical regulations were required for 2023.

Following discussions in the Technical Advisory Committe (TAC) after the Austrian GP, the FIA stated that it would mandate a 25mm raising of the floor edges, a raising of the underfloor diffuser throat, more stringent lateral floor deflection tests and the use of a more accurate sensor to measure bouncing.

Teams are currently awaiting more detailed rule proposals from the FIA on the matter, which should include the specific measuresments and regulations that the governing body wants to put in place for next year.

But the series of measures has, however, already drawn a backlash from teams who are unhappy about the extent of the expensive changes – which they feel are unnecessary with the porpoising problem appearing to be more under control in recent races.

It is understood that a core team of six outfits – believed to include Ferrari, Red Bull, AlphaTauri, Alfa Romeo, Haas and Williams – are ready to challenge the changes amid questions about whether or not the FIA’s claims it is a safety matter are legitimate.

It has long been a part of the sport’s governance structure that, for issues that involve safety, the FIA can change rules without the need for any support from the teams.

Article 1.2.2 of F1’s Technical Regulations states: “Any changes made by the FIA for safety reasons may come into effect without notice or delay.”

It is understood the unhappy teams have begun lobbying FIA president Mohammed Ben Sulayem to argue that the changes to the technical rules for 2023 are not a genuine safety matter so should not be allowed to go ahead.

Sources with good knowledge of the situation have suggested that there is even support from eight teams – which would be enough for a ‘super majority’ rule change to be ratified through the normal F1 Commission processes – for a compromise solution that is a less extreme raising of the floor.

It is suggested that teams could accept more minor tweaks – such as the floor edge being raised by around 10mm – as that would not require such a fundamental rethink of car designs at this late stage.