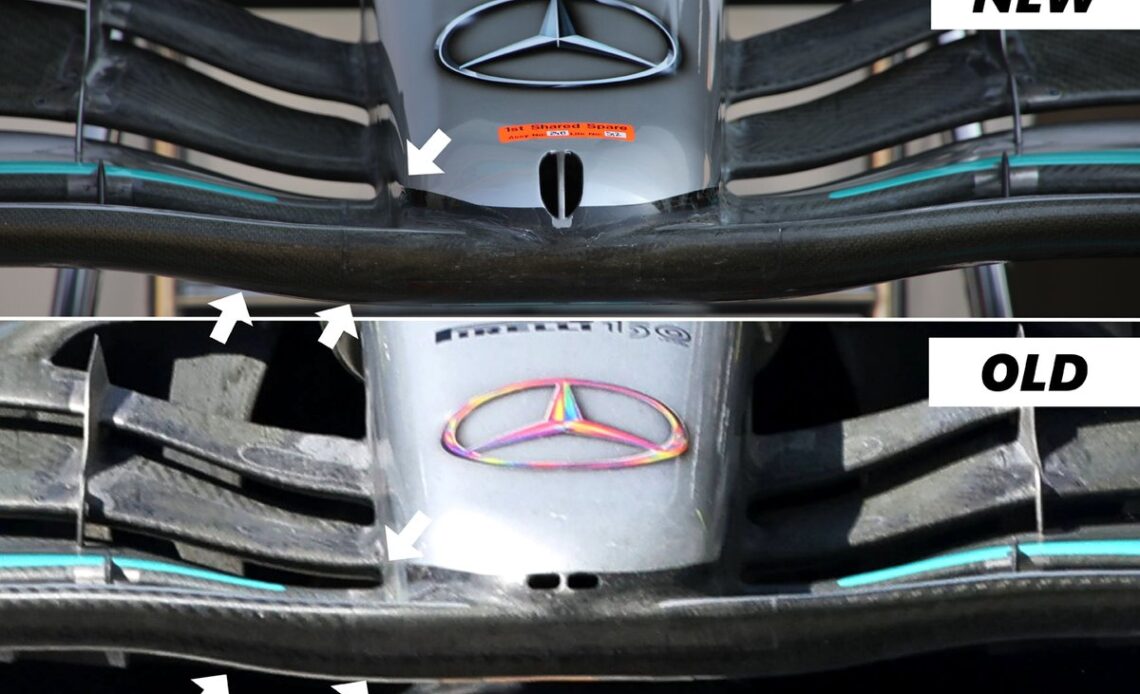 As part of it upgrade package for the French Grand Prix, Mercedes has made changes to its nose, with the nasal passages of the driver cooling holes increased in size. 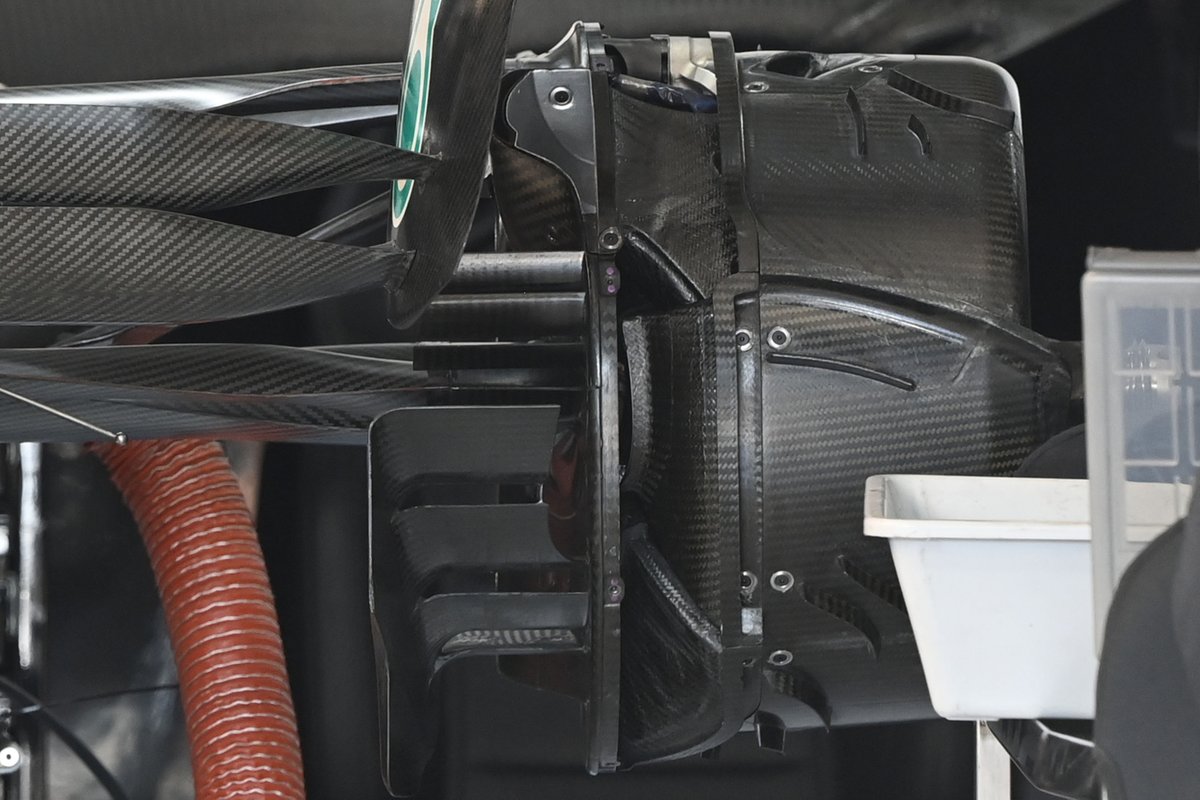 At the other end of the car, we’re treated to a rare view of the rear brake duct from behind, which, as you’ll note, has some fins mounted on the drum in order to help redirect the airflow as it passes by. 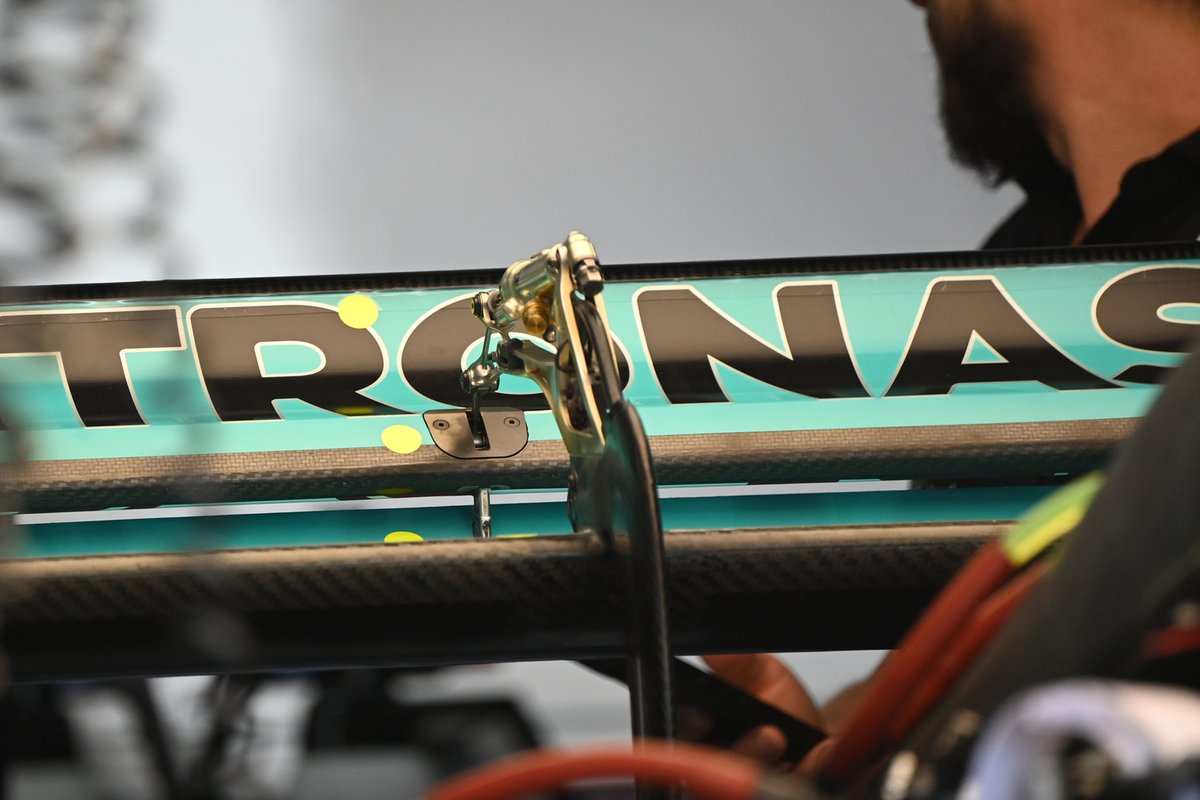 Underneath the DRS pod, we’re welcomed by the sight of the actuator and mechanism that’s used to raise the upper flap when DRS is deployed. 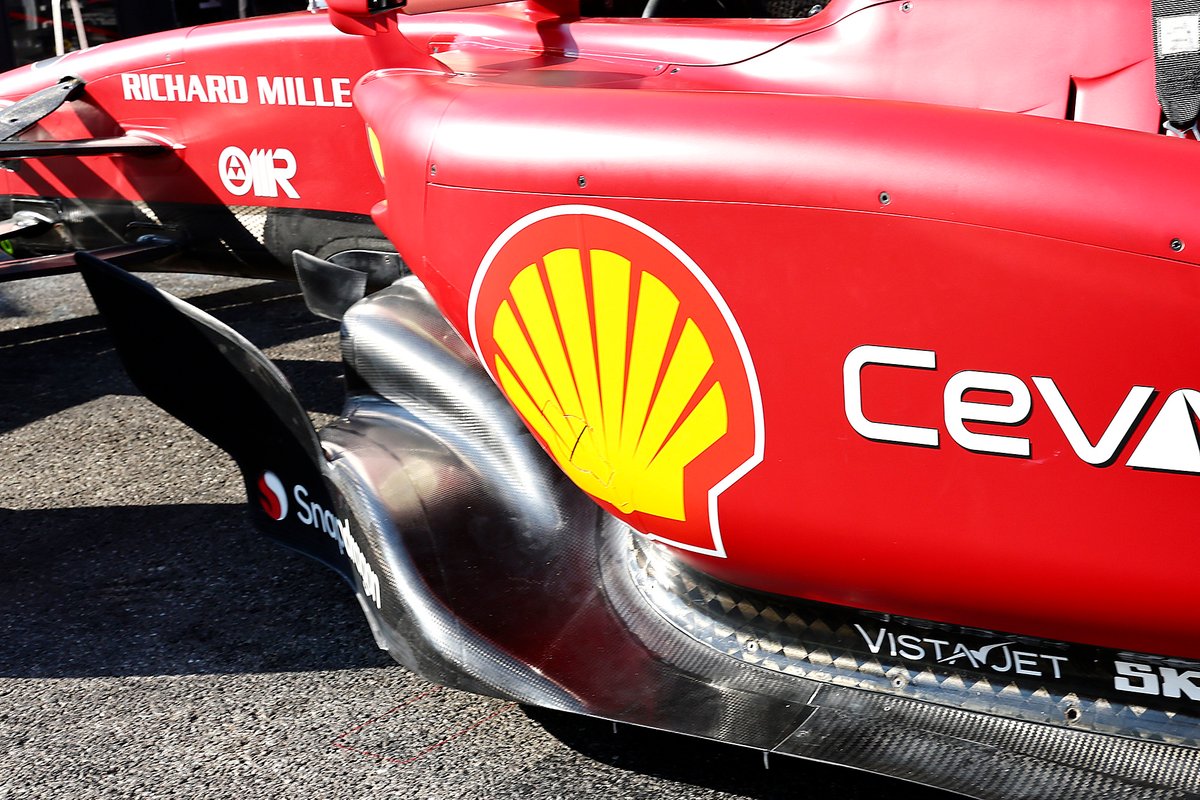 Ferrari’s new floor that’s mounted on Charles Leclerc’s car which features a much lower outer portion for the tunnel entrance, and thus a more defined ramp-like dropout into the sidepod undercut. 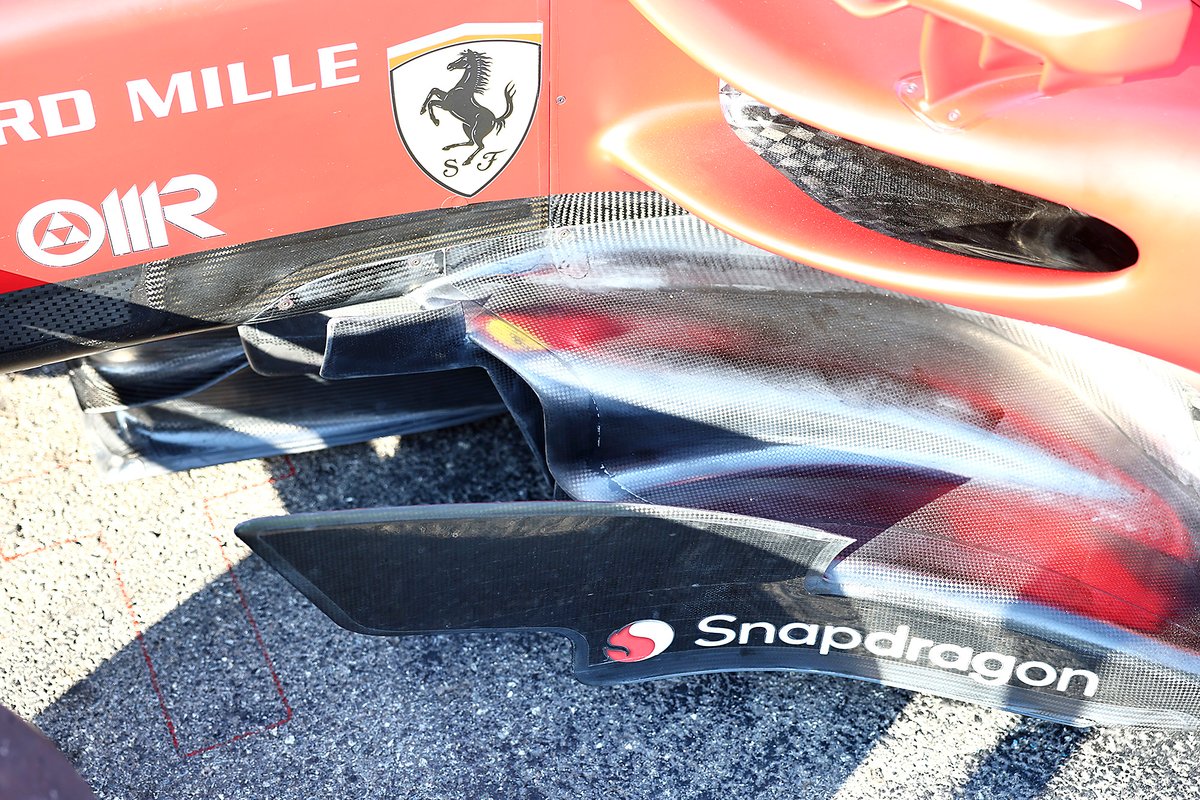 Here it is from the other side, showing how much lower the outer portion of the tunnel entrance is compared with the innermost section. 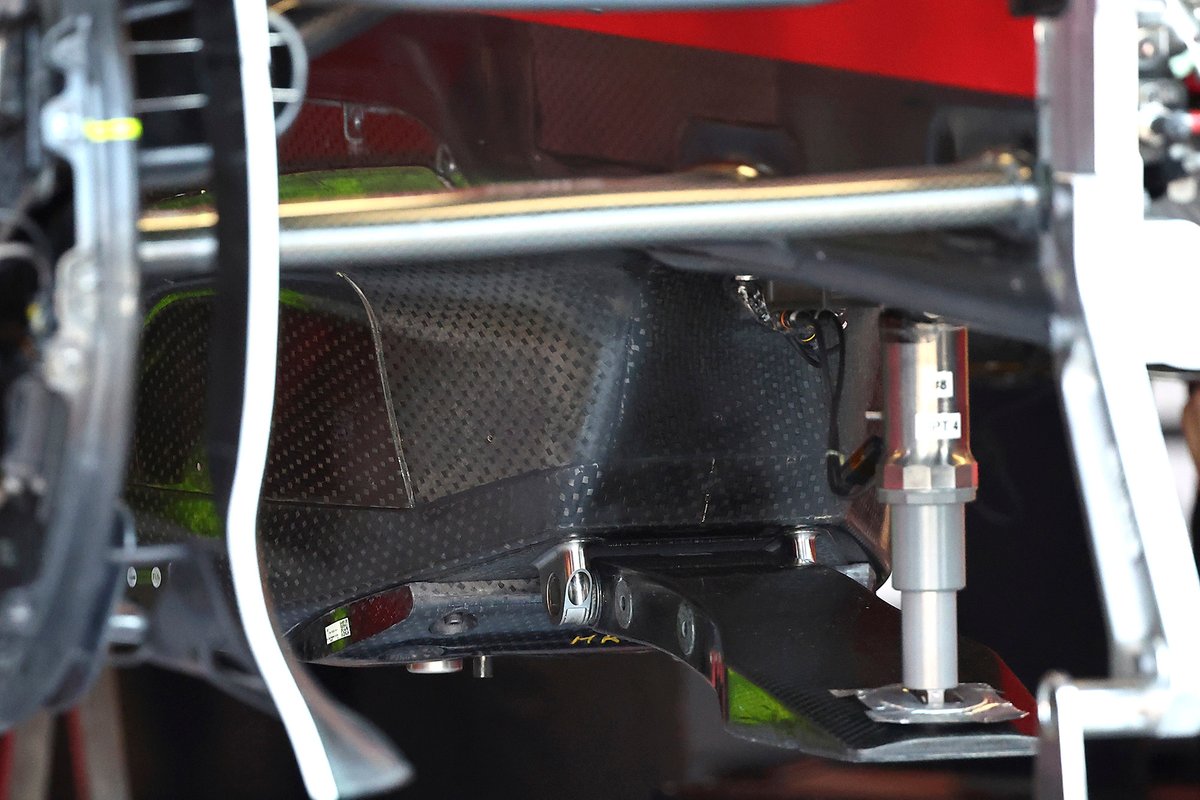 Ferrari also ran a damper system as part of their bib stay set-up in order that the bib doesn’t oscillate too much as the vertical force is applied when the plank touches the track. 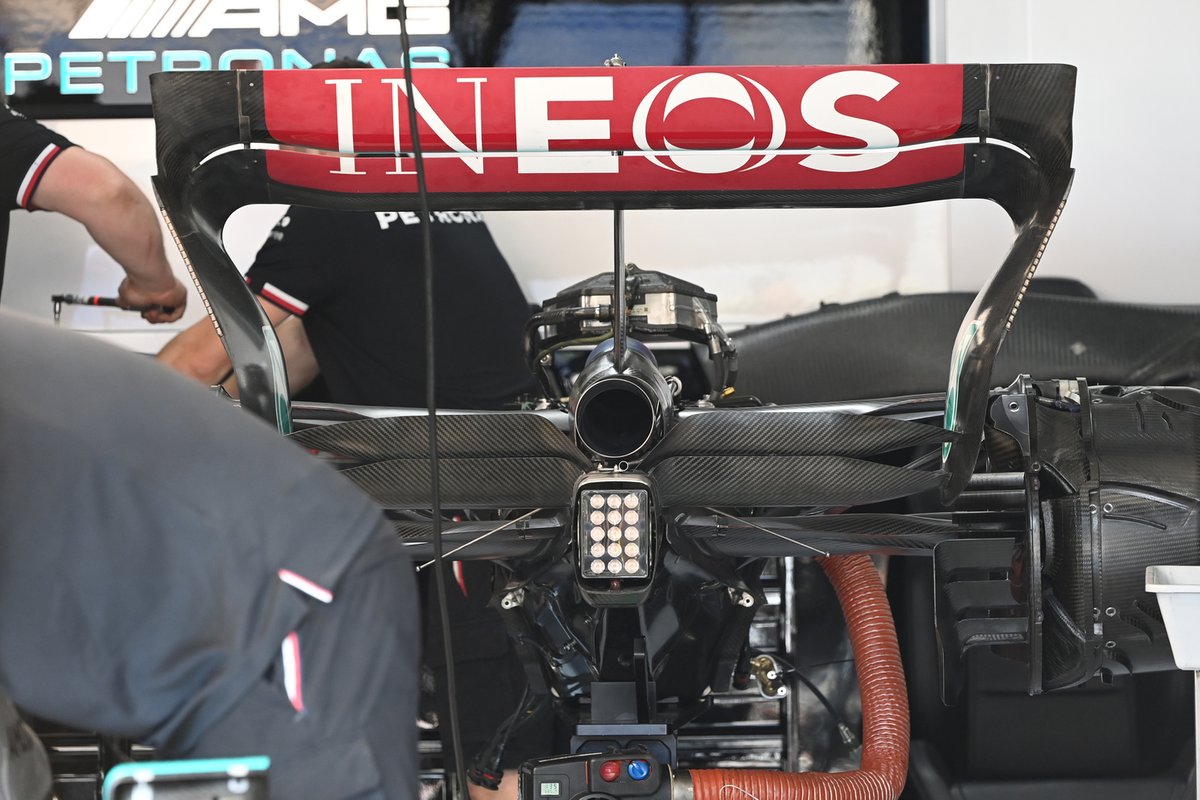 A wider view of the Mercedes W13’s rear end which was detached from the main chassis whilst mechanics prepared the car for action. Note the wider span rear wing which the team have recently introduced, with the flapped outer section straightened as it meets with the endplate, rather than creating a spiraled arc. 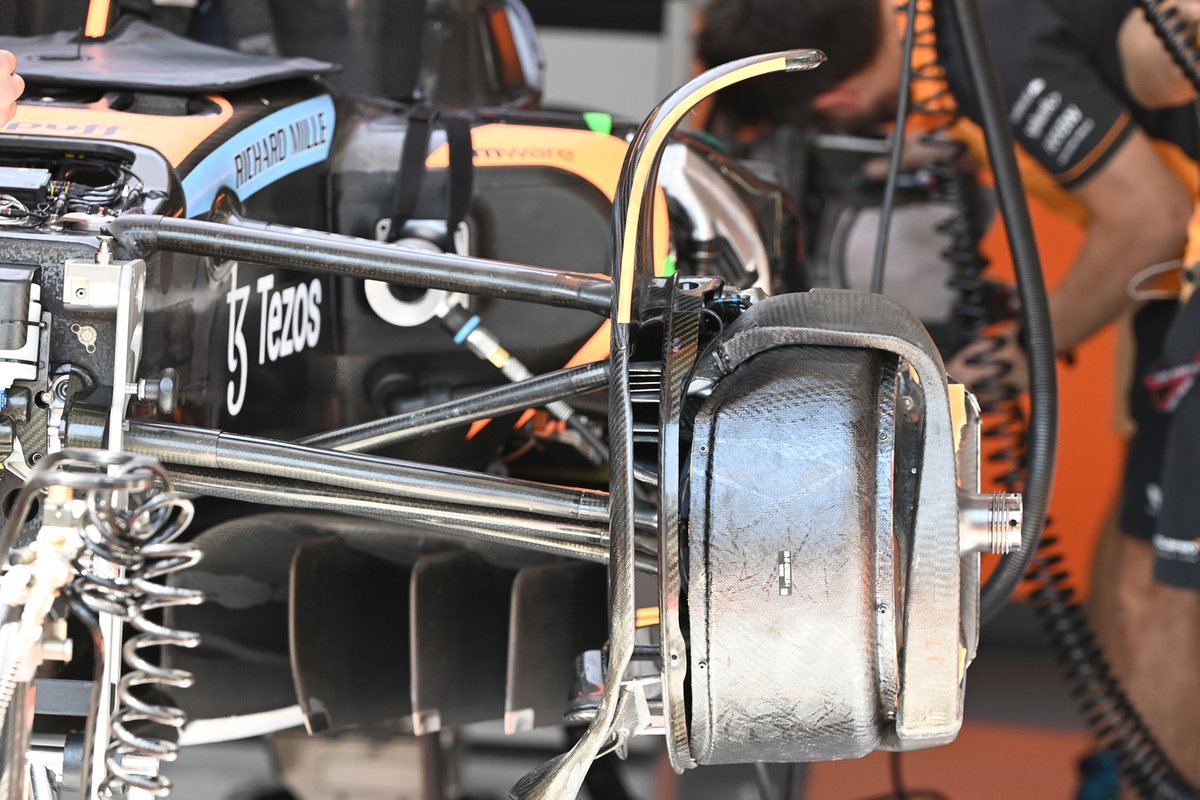 A look at the inner goings-on of the McLaren MCL36’s brake assembly, with its brake disc shroud and wrap-around caliper ducting. Also note the shape of the floor and fences in the background. 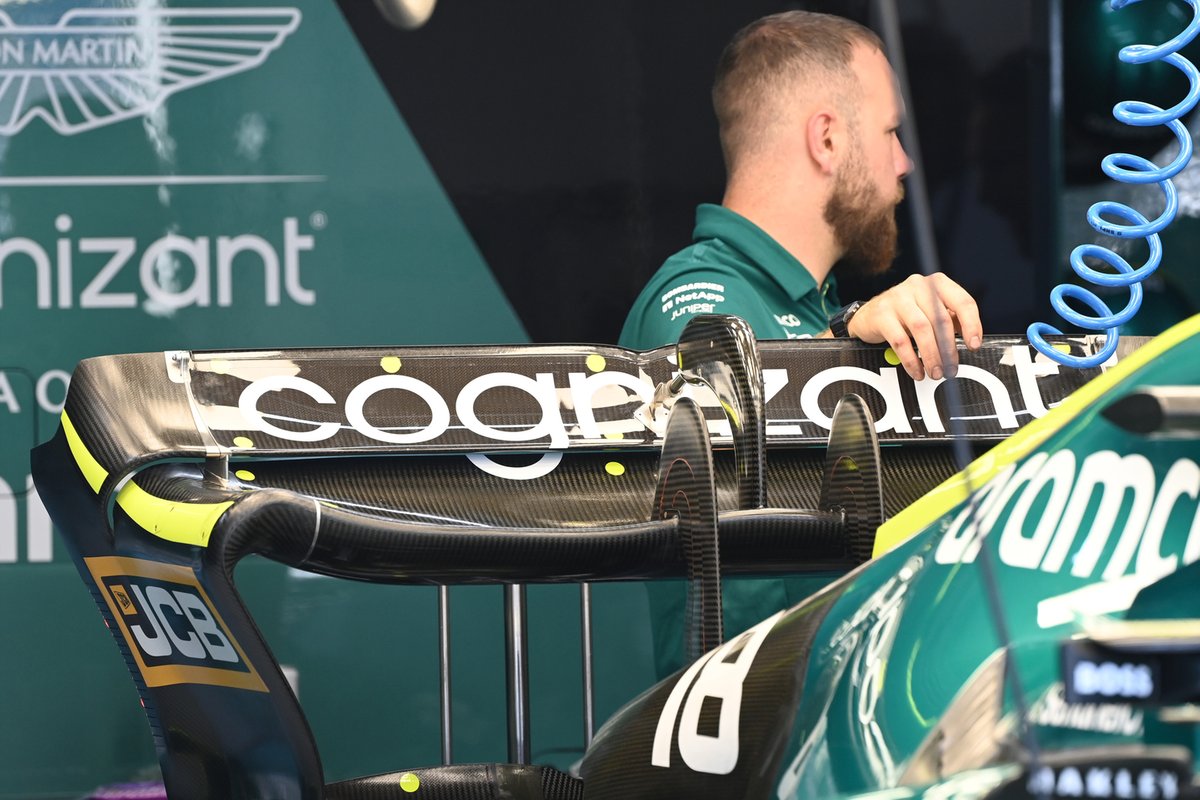 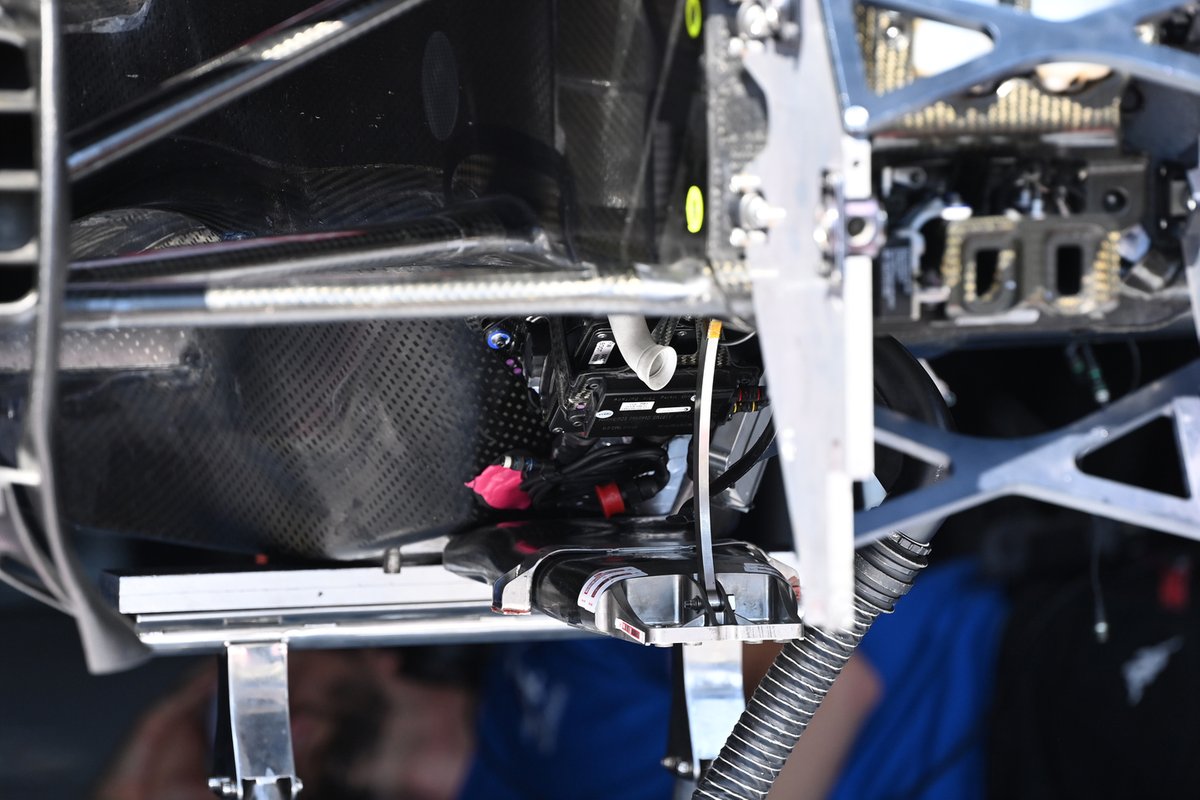 A look at the bib section on the Alpine A522 with a thick scythe-shaped stay used to bridge the gap between it and the chassis. 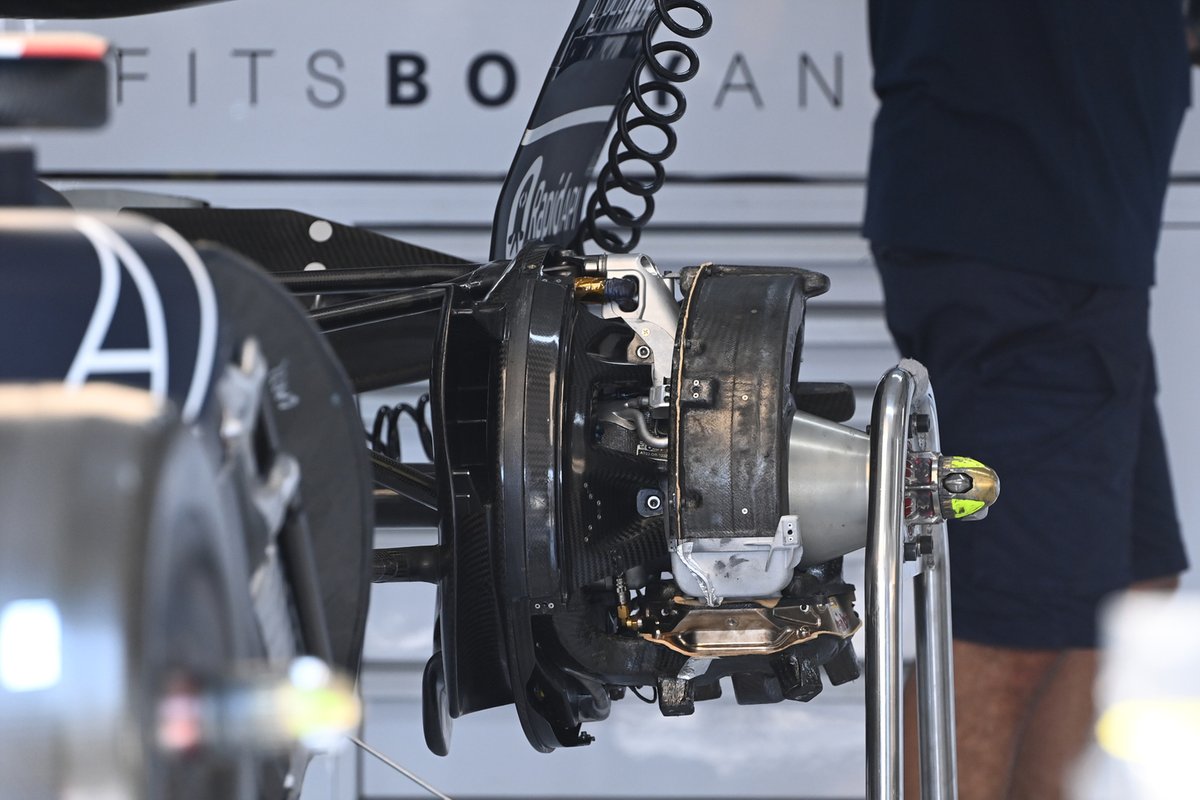 A look at the rear brake set-up on the AlphaTauri without the outer drum in place. Note how it is using a disc…