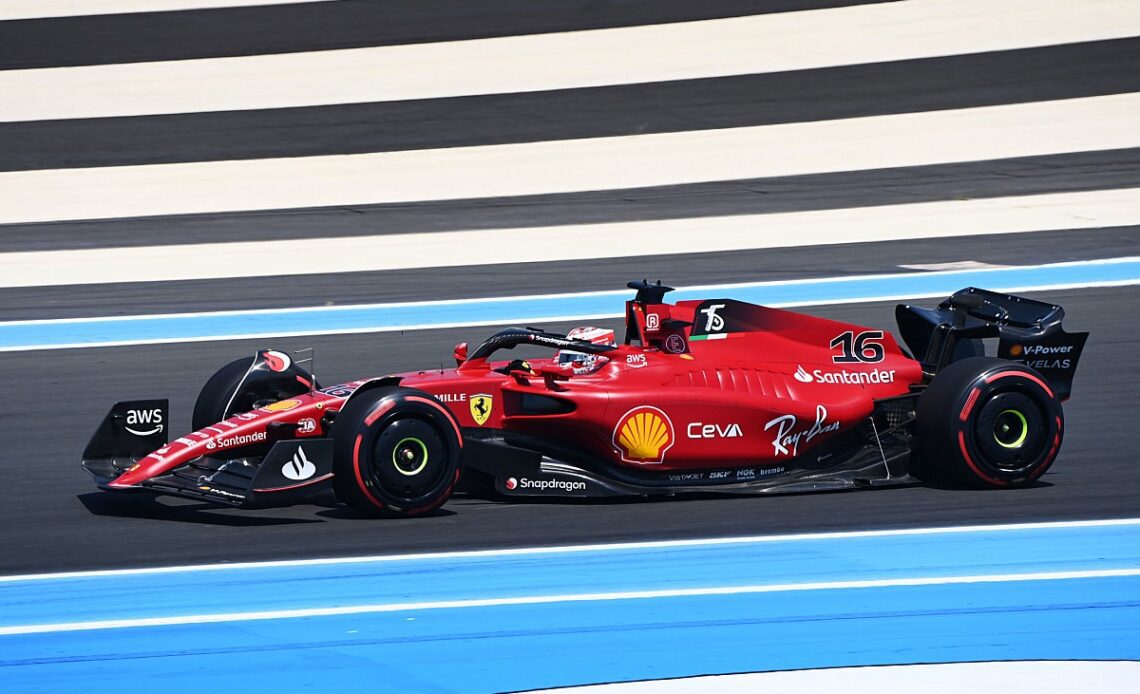 Leclerc surged to the top of the times in the final third of the hour-long FP1 to eclipse his chief championship rival by a slender 0.09s as Carlos Sainz completed the top three.

George Russell, meanwhile, ran to fourth in the Mercedes W13 – which this weekend debuts a revised nose cooling duct – as track temperatures crept towards 60 degrees Celsius.

Verstappen comfortably set the pace during the first round of quick laps, the Red Bull driver sitting half a second clear of his teammate courtesy of a benchmark 1m34.991s effort.

It had been Sainz that led Robert Kubica, replacing Valtteri Bottas in the Alfa Romeo, and Zhou Guanyu out onto the circuit with the Ferrari driver initially clocking a 1m39.577s lap.

But that was swiftly brought down by Kevin Magnussen and then Lando Norris, who posted a 1m37.604s despite complaining of a spongey feeling throttle pedal.

Verstappen then circulated to his 1m34.991s to end the opening gambit on top, initially extracting 1.1s over Perez to allow an improved Leclerc to swiftly split the Red Bull pair.

Leclerc, who sits 38 points adrift of Verstappen, was then immediately relegated by Perez, the Monaco GP winner responding to the Scuderia threat by closing to within 0.5s of his stablemate.

But the Mexican would soon suffer a high-speed spin at Turn 3 when he collected too much inside kerb to unsettle the car, locking all four tyres as he slowed to narrowly miss the wall.

After a mid-session lull, with 30 minutes to run Verstappen emerged with a shiny new set of soft Pirellis to lower the times to 1m34.346s thanks to a particularly strong first sector.

But Ferrari soon found an answer as Sainz buzzed the line in 1m34.268s to find eight hundredths over his Red Bull rival, the F1-75 doing its heavy lifting in the final sector.

Verstappen responded with 21 minutes to go, planting a 1m34.021s yardstick but he left time on the table by running wide over the Turn 12 exit kerb after suffering…