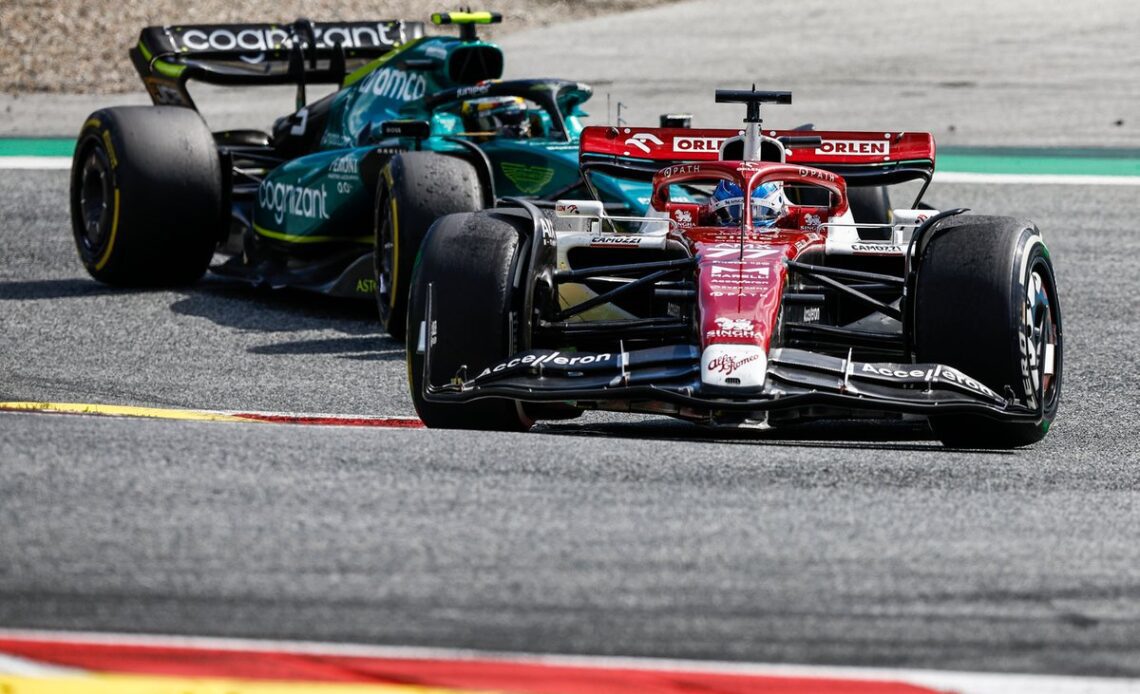 Starts have been a particular issue for Alfa Romeo this year, while the works team has also had issues.

A Ferrari spokesperson told Motorsport.com said that the clutch was not new as such, but featured “just a technical detail we’ve updated”.

However, Carlos Sainz confirmed that the works team has had some clutch problems this season.

“We identified an issue on our car this year that is not allowing us to perform the starts that we were doing last year,” said the Spaniard. “And probably it’s affecting our fellow engine team mates.

“But we know where the problem lies – we’re keeping it very private and we don’t speak a lot about it, because it’s not like in every start we are falling back or anything.

“It’s probably not the best starts that we can get with this car, and hopefully we will keep improving it through the year and into next year.”

Alfa Romeo’s Valtteri Bottas is hoping that the update will address the clutch oscillations that have made it harder for him to get off the line cleanly this season.

In addition, Bottas admitted that took him some time to adjust to the Swiss team’s clutch paddle arrangement, having made the switch from Mercedes.

“We have a new clutch here, finally!,” said Bottas. “We will try it in practice for the first time, but it’s something that Ferrari has been working on for quite some time.

“And now finally, we have some new bits for the clutch that should prevent the oscillations we’re having.

“It’s been quite a big compromise. We’ve tended to lose positions on average in the start, and that’s not great, because the midfield is so tight that once you drop behind somebody then you’re stuck for 20 laps, it doesn’t make your life any easier. So yeah, hopefully now it’s OK.”

Asked to expand on the issues that he’s been experiencing, Bottas said that getting off the line cleanly was a bigger issue on low grip tracks.

“I would say the main weakness has been on the oscillation,” he said.

“Especially tracks with low grip, when you can’t like go quite deep with the clutch, when you have to slip the clutch more, then there’s more oscillations. And then that gives inconsistency on how it bites, and how you get the getaway.

“On tracks with more grip it has been less of an issue, because you can go a bit deeper with the clutch. There’s less oscillations for some reason.