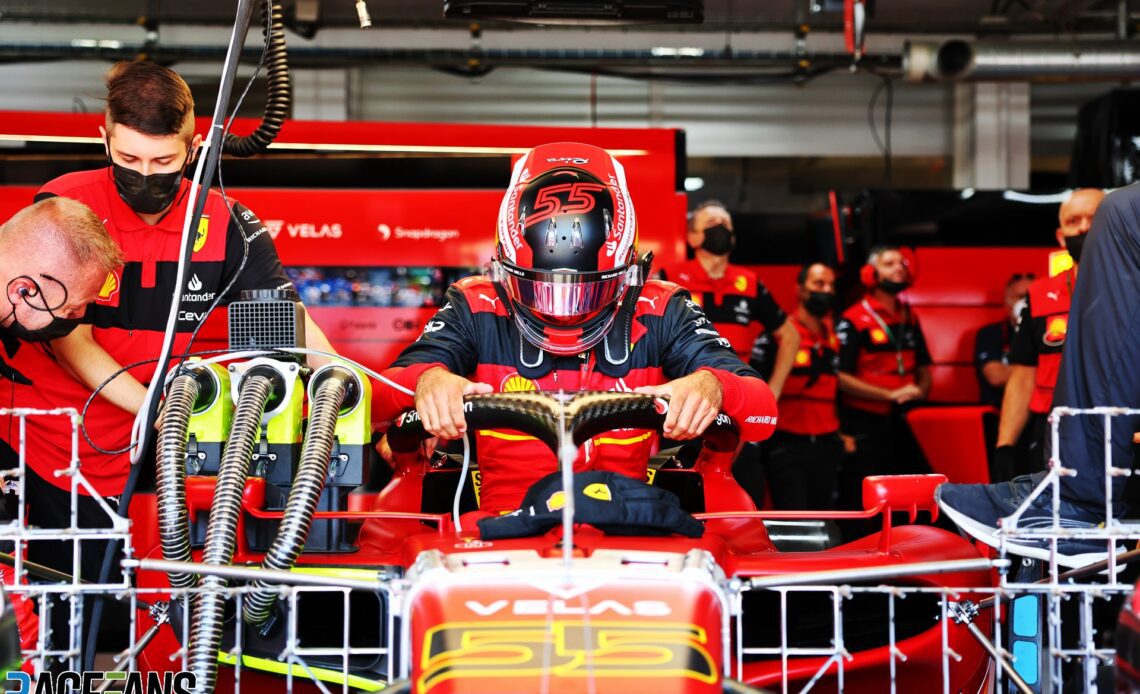 Sainz has been handed a 10-place grid drop after Ferrari installed a third control electronics unit in his car, breaching his allowance of two for the 2022 season. Speaking after practice yesterday he indicated Ferrari will opt to take further power unit penalties before the French Grand Prix, almost certainly meaning he will start the race from the back of the grid.

Asked if Ferrari would consider taking a new power unit and incur more penalties, Sainz said “We will see.”

“I mean, I took 10, so you can expect what’s coming next,” he continued. “I’m focussing more in the long run because I’m not going to be in that fight for pole position given the amount of penalties.”

Williams development driver Roy Nissany has been given a four-place grid drop for the Formula 2 sprint race at Paul Ricard for driving infringements during the practice session.

Nissany was handed a three-place drop for rejoining the track in an unsafe manner, overtaking Oliver Caldwell off-track at turn nine, and then subsequently blocking Enzo Fittipaldi. Nissany was then hit with a further one-place drop for obstructing Caldwell at turn 15 after the pair jockeyed for position.

As he qualified in 20th place, Nissany will therefore start the sprint race 22nd and last. He is now on a total of eight penalty points.

Herbert Diess, the Volkswagen Group CEO since 2020 and chairman of the board since 2018, has been replaced. Diess guided the group through the aftermath of the Dieselgate emissions scandal, in which it was found to have intentionally hidden the emissions of its diesel cars.

Earlier this year, Diess announced that the VW Group intended to enter Formula 1 with its Porsche and Audi brands. Those plans may not be jeopardised by the appointment of Oliver Blume as his replacement, as Blume was the first senior member of the VW Group to have publicly foreshadowed the entry.

Beitske Visser has been awarded her first pole position in W…