Should The Top 5 In Regular-Season Points Be Given Automatic Playoff Berths? 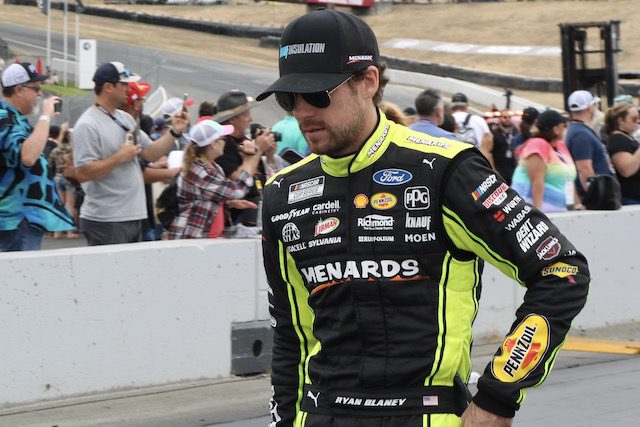 Should the top five in regular-season points be given automatic playoff berths?

Since the introduction of the current playoff format in 2014, the mantra has always been win and you’re in.

But for the first time in nine seasons, that may not be enough. There have been 14 NASCAR Cup Series winners in the first 20 races, which is tied for the fastest path to 14 winners in Cup history. With just two more winners needed in the next six races, the elusive 16 winners in 26 races has never been closer to reality.

But the influx of winners has also created another problem: if there continues to be surprise winners, playoff-worthy teams and drivers will be shut out of the playoffs entirely.

Ryan Blaney and Martin Truex Jr. are third and fourth in points, respectively. But because neither driver has won a race, they currently hold the 15th and 16th spots in the playoff grids. And unless they win races of their own, they risk the chance of being unable to compete for a championship in the fall if new faces continue to take the checkered flags.

It’s not like they haven’t contended for races win either. Blaney has led 392 laps, which is the sixth most of drivers the season. Truex has led the fourth most with 453 circuits out front, and he is fresh off of leading 172 laps at New Hampshire Motor Speedway last weekend. No other winless driver has come close to being out front as much as these two have.

Further back, Kevin Harvick is ninth in points but 66 points behind Truex for the final spot. Harvick is essentially in a must-win situation despite his high points position.

Is it fair that legitimate championship contenders would be out of the playoffs in favor of drivers that caught lightning in a bottle for one race? If the goal of the playoffs is to allow the best 16 drivers a chance at the championship, it wouldn’t be fair. But the rules are the rules, and everybody knew them heading into this season.

However, there is a solution to prevent situations like this from happening again. Ever since the current system was introduced in 2014, the regular-season champion has received an automatic playoff berth, regardless of whether or not they had won a race. There hasn’t been a winless regular-season champion yet, but Denny Hamlin came close to doing so back in 2021.

If the top five drivers in the point standings after race 26 were given an automatic playoff berth, it would end egregious situations where dominant drivers like Truex and Blaney would be left…