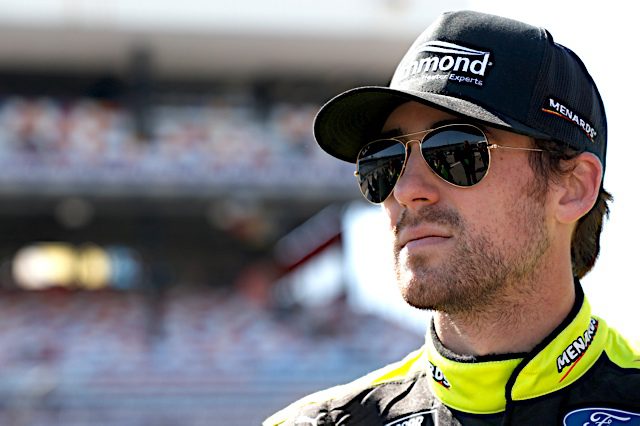 Located in Hartford, Ohio, the gateway to America’s heartland, Sharon Speedway is a 0.375-mile semi-banked clay oval that has been in some form of operation since 1929.

In 1954, the track held its lone NASCAR Cup Series event, a 200 lapper that ended on lap 160 due to rain. Lee Petty won over Buck Baker by a lap before the track went back largely to hosting weekly racing.

In 2002, Dave Blaney purchased the racetrack; he and his father had ran there over the years. Lou Blaney was a legendary dirt driver who, like his son Dave, was born in Hartford and helped run the track until his death in 2009. Afterwards, Sharon has annually held the “Lou Blaney Memorial” night, with such names as Tony Stewart, Christopher Bell, World of Outlaws ace Brad Sweet and of course Dave Blaney all competing in and winning in the sprint car feature over the years.

This week, Sharon hosts the final round of the 2022 SRX season. After a summer full of close racing, it all comes down to a dramatic title fight between five drivers, bragging rights for another five drivers, a father versus son showdown in essentially their backyard and a return by Chase Elliott to the series. Tickets are completely sold out for the event; it’s hard to call this anything but the most anticipated race in the series’ short history outside of night one at Stafford Motor Speedway last year.

Here is the entry list for Saturday night, with the guest drivers in bold:

On Friday afternoon, SRX revealed the drawings for the opening lineup of heat one. Waltrip will start on the pole position, while Newman will begin his championship bid in second.

In my view, Dave Blaney is the best driver in Cup history never to actually win a race. The Buckeye Bullet, Blaney spent most of his career driving for smaller, underfunded outfits such as Bill Davis Racing, Tommy Baldwin Racing and Jasper Motorsports. TBR was in some ways the epitome of Blaney’s skill at uniting and building up a race team, as they went from a single-car operation missing nine races in 2010 and parking multiple times to making every race in 2011, even fielding a second car full time starting in 2012.

But to many fans in the dirt world, Blaney is remembered as possibly the best in a family of great racers. Blaney ranks eighth on the all-time list of World of Outlaws feature winners, with 95 in total. Outside of WoO, the Bullet has won just about…