Carlos Sainz refutes suggestions of Leclerc’s No.1 status at Ferrari 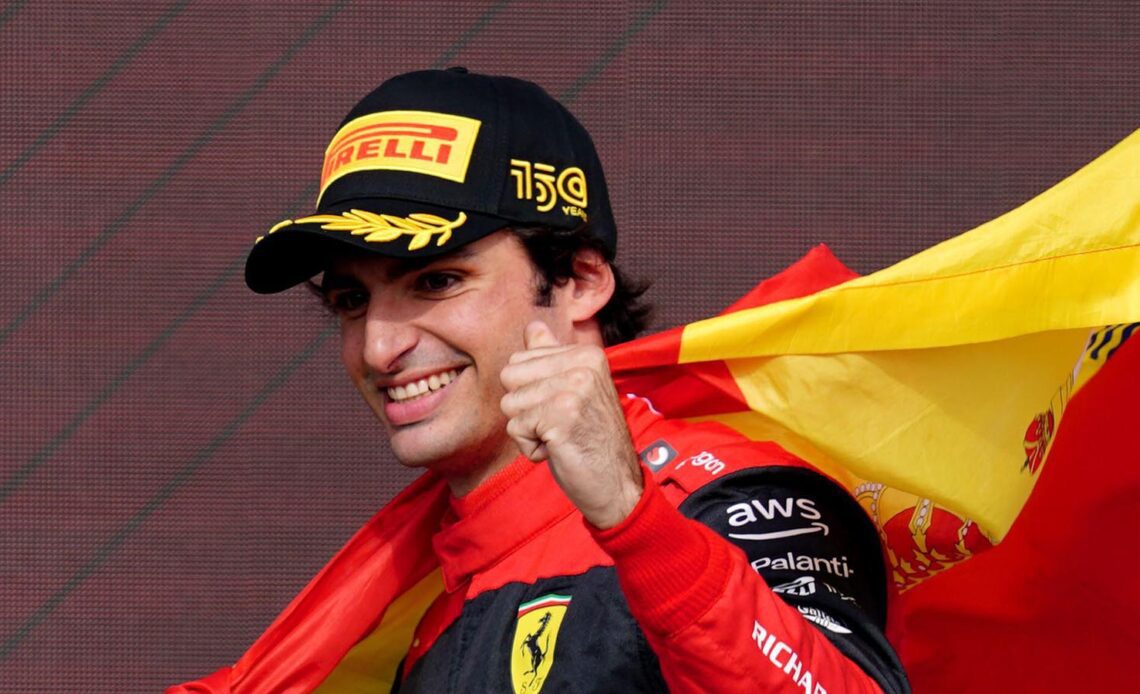 Don’t call Charles Leclerc with his 37-point advantage Ferrari’s number one driver because Carlos Sainz says that hasn’t been communicated to him by the team.

Although Leclerc has more wins than his team-mate in this year’s championship, neither Ferrari driver’s score on the log is a true reflection of their performances given that both have recorded several retirements.

As such they go into round 12 of the season, the French Grand Prix, with Ferrari refusing to dictate a number one driver.

And, as Felipe Massa put it, it probably wouldn’t be too wise to do so given they don’t know who is going to retire next.

Leclerc was asked about the status and the potential for team orders given that he now has a 37-point advantage over Sainz in the standings.

He told the media that’s not a question for him, it’s one for Mattia Binotto to decide.

Pundits, though, are suggesting that it is only a matter of time before Ferrari do choose one driver for the title fight, and that will most likely be Leclerc.

“None of that has come to me,” the Spaniard told Marca when that was put to him.

“I arrive every weekend knowing that I can fight freely with Charles, although you always respect your team-mate more.

“I come here with the same mentality.”

But if, or when, the situation changes in whichever driver’s favour, Sainz says “it will be communicated, I hope.”

Taking his first win of this season, and in fact his career, at the British Grand Prix Sainz believes he has shown progress this season.

However, a week later in Austria he lost out to his team-mate, Leclerc well ahead of Sainz before the Spaniard’s engine blew.

Sainz reckons it was more evenly matched than it looked.

“In some parts yes, and others not,” he said. “In the first stint Charles was faster, and then I was.

“The good thing is that before, at the beginning of the season, it didn’t happen and now it happens and it’s because I’ve improved and I know I have to keep taking steps forward and I think I have room for it.

“When I discover a couple of other things that I lack in the car, I think I can have a very strong second part of the championship.”