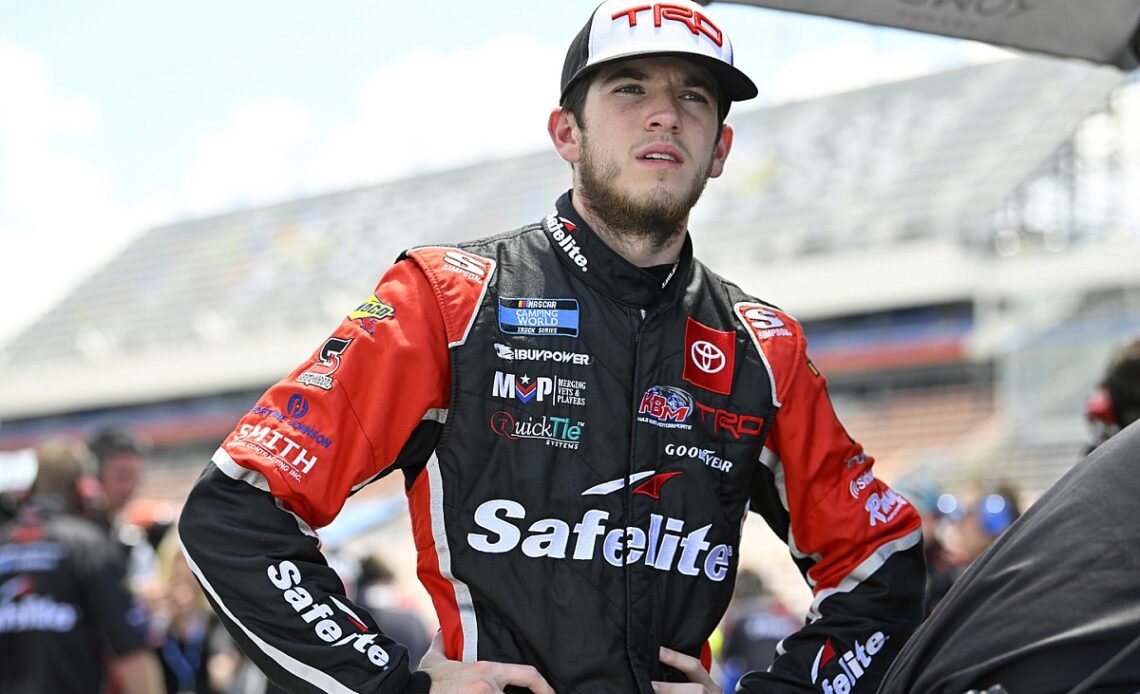 Preece led the way on a restart with 14 of 60 laps remaining but Smith got a push from Kyle Busch Motorsports teammate Corey Heim that helped propel Smith past Preece and into the lead.

With 10 laps to go, Smith maintained about a half-second lead over Preece but Preece go to Smith’s rear bumper in the final three laps Smith held him off by 0.262 seconds to clinch the win.

The victory is Smith’s second of the 2022 season (he also won at Las Vegas) and fourth of his career. Smith clinched the second-seed in the series playoffs behind regular season champion Zane Smith.

“God’s good. We’ve been through a little bit of struggler here recently but just when we need to shine, we start shining,” Chandler Smith said. “This KBM Toyota Tundra was fast today. Thank you to the No. 51 team (Heim) – this win is just as much mine as it is theirs.

“We didn’t have a lot of playoff points going into the playoffs and today we got a stage win and won the race. So, I think we’re going to be pretty sharp going to IRP (next weekend).”

Following the break between Stages 2 and 3, several teams elected to pit with Rhodes the first off pit road.

Chandler Smith stayed out and led the way on the restart on Lap 36 followed by Heim, Preece, Austin Hill and Hocevar.

Friesen had a safety violation on his green-flag stop before the end of Stage 2 and had to restart from the rear of the field.

On Lap 41, Preece ran down Chandler Smith in Turn 1 and moved into the lead for the first time in the race.

NASCAR displayed a caution on Lap 43 for debris on the frontstretch which was apparently dropped by the No. 12 Truck of Spencer Boyd.

The race returned to green on Lap 47 with Preece out front followed by Chandler Smith, Heim, Hocevar and Austin Hill.

Chandler Smith, with help from his teammate Heim, powered past Preece and back into the lead on the restart.

With 10 laps remaining, Chandler Smith maintained about a half-second lead over Preece with Heim in third.

Eckes held off a fast-approaching Tyler Ankrum to take the Stage 2 win.

Nemechek was third, Crafton fourth and…