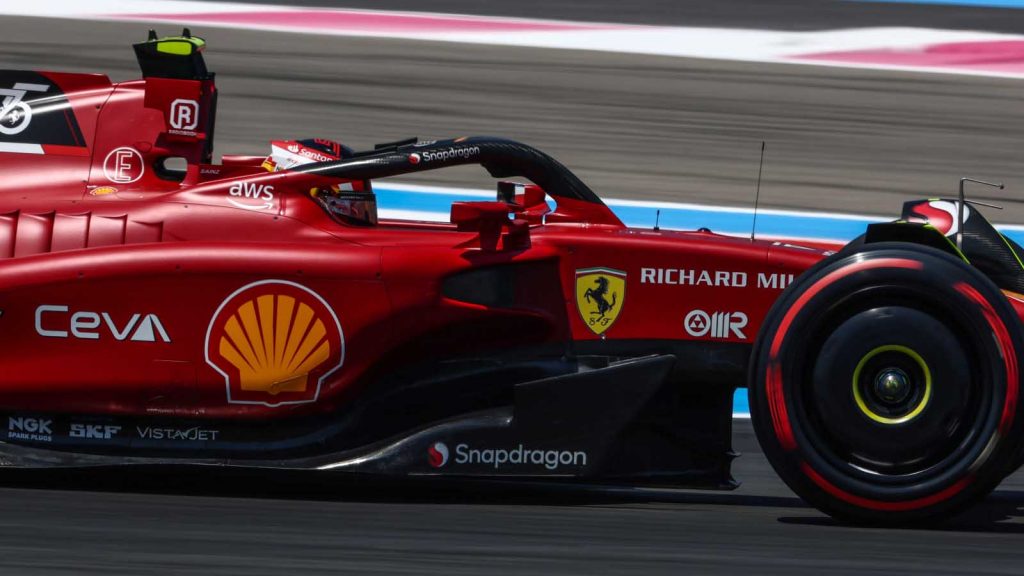 Ferrari’s Charles Leclerc thanked his team-mate Carlos Sainz for helping him to secure pole position for the French Grand Prix at Paul Ricard.

Leclerc put in a 1:30.872 on his final run in Q3 to take pole position by three-tenths of a second over Red Bull’s Max Verstappen.

The Monegasque benefited from a tow supplied by his team-mate Sainz, with the Spaniard taking part in qualifying despite an engine grid penalty which means he will start from the back of the grid.

Sainz put himself in position to give Leclerc a tow down the straight into the Signes corner, doing so on both of Leclerc’s two Q3 runs.

Having taken his 16th career pole position, Leclerc beamed as he thanked Sainz for being willing to help his teammate to put in such an effort.

“I’ve struggled all weekend to put a lap together and I managed to put it in, but I have to say I also had the help of Carlos and that was amazing teamwork.

“Without Carlos, it would have been much more close. So huge thanks to Carlos and I hope he can join us back in the fight for the win tomorrow.

Elaborating on just how much benefit he got from the supplied tow, Leclerc said it could have been as much as quarter of a second.

“I think I gained two-tenths, or a bit more than two-tenths, on that straight and so then you go into the third sector in a much better mindset because you know you’ve gained that two-tenths for free, so it was a great job.”

With Ferrari fighting back against Red Bull after Verstappen had convincingly topped the times in the final practice session on Saturday morning, Leclerc said he had been surprised by the ebb and flow of pace between the two top teams as the Scuderia went almost eight tenths clear of the two Red Bulls in Q2.

“After Q1, I was very surprised by the pace we had,” Leclerc admitted.

“Also in Q2, we were very strong. So somehow, we managed to turn that around for qualifying but it’s a good surprise.

“It feels good. But again, it’s difficult to understand what the Red Bull guys did yesterday because there was loads of difference in terms of lap time. So let’s see how it goes.”