Esteban Ocon ‘lacking way too much’ in ‘inconsistent’ Alpine 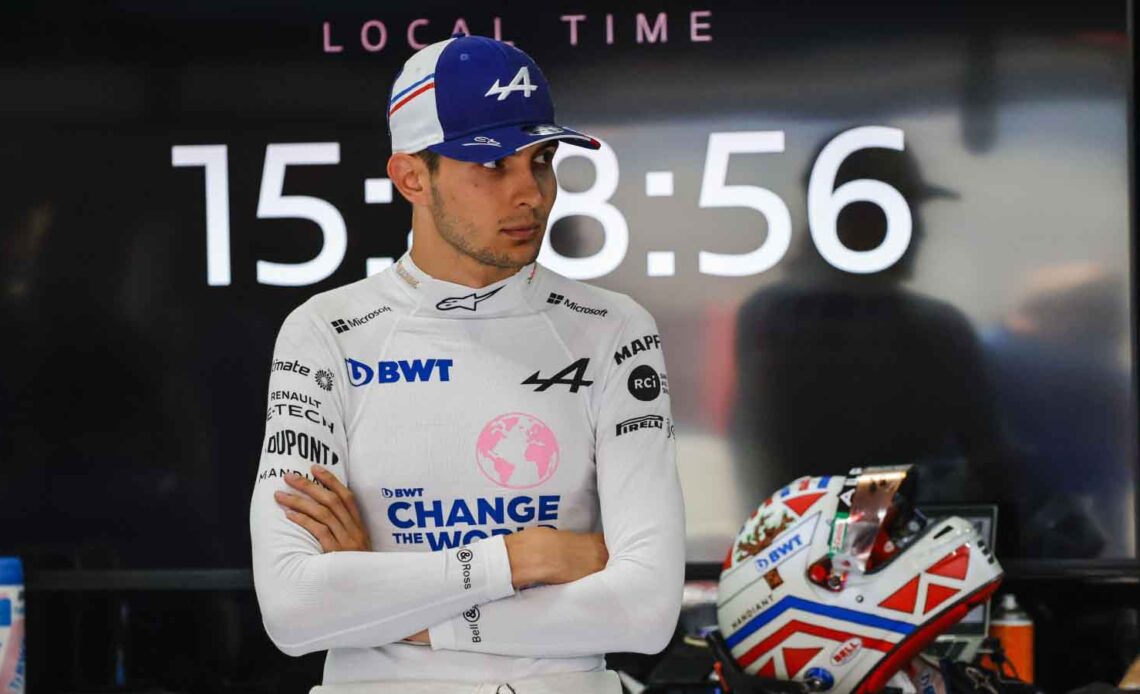 Esteban Ocon cut a frustrated figure after being off the pace in qualifying on Saturday, admitting he should have been further forward at his home race.

It had already been a tricky day for the Alpine driver, who had ranked down in P18 in third practice, and things did not improve too much for him in qualifying – failing to match team-mate Fernando Alonso throughout as he was knocked out in Q2.

The grid penalties for Carlos Sainz and Kevin Magnussen will promote Ocon into the top 10 at the start, but he bemoaned the inconsistency he has felt in his A522, while accepting there was more pace available to him on Saturday.

“It was not fine margins,” Ocon told Formula1.com after qualifying. “We were lacking way too much to have a chance to go to Q3, and we were last almost in P3.

“So yeah, there is a lot that we need to review, but we have [had] a big problem with the car for quite a few races.

“It’s inconsistent. Sometimes it works well, sometimes it’s not there, and this is not where we should have qualified today.

“We should have been in the top 10 easily and fight from there. It’s not all over, obviously we [are] starting in the points tomorrow, so that’s a good thing and hopefully we can hold on to some points tomorrow.”

Alonso, meanwhile, performed solidly to put his car on the fourth row for his team’s home race on Sunday, but acknowledged the weekend has not been smooth for Alpine so far, having fallen back from the heights of their pace in recent weeks.

“Yeah, quali was good, but the weekend has been a little bit bumpy for us,” he said. “We feel that we were more competitive in Silverstone and Austria compared to here – we need to understand why.

“In qualifying I think we did the job and starting P7 is a good starting position for tomorrow, but we need to find more pace in the race. If not, it’s going to be difficult.”

The two-time World Champion feels his pace over a race distance will be better than over a single lap, but is keeping his “fingers crossed” that his practice showing will be able to translate into a solid performance.

“I don’t know, yesterday in the free practice it was the opposite. We were very good in the long run, and so-so in one-lap performance.

“So today, we managed a good qualifying, so hopefully fingers crossed our strength is on Sunday – now hopefully…