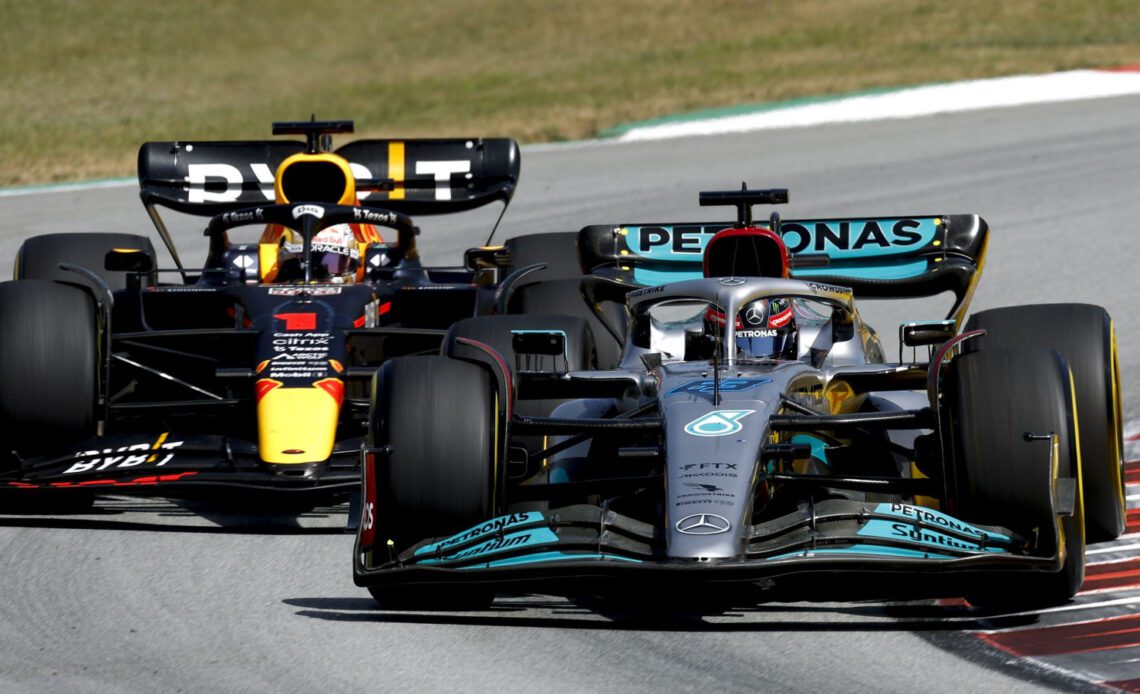 George Russell believes the time will come when Mercedes’ rivals trip themselves up over development “traps”, obstacles the Brackley squad has already overcome this season.

11 races into the 2022 championship with its new generation of cars and Mercedes have yet to win a grand prix, a surprise given the team’s dominance over the past eight years.

In fact Mercedes have yet to even record a runner-up result, leaving the team trailing Red Bull and Ferrari in the Constructors’ standings.

There have been positives in recent weeks, Russell and Lewis Hamilton stringing together a run of four successive podium finishes while the W13’s bouncing has been minimal in the last three races.

The bouncing, or porpoising, has been a huge set-back for Mercedes in the early half of this season as it has caused uncertainty to where they stand when it comes to upgrades.

So much so that Russell concedes they have tripped up a few times.

The Brit, though, insists the trials that the team has had to overcome are not for nothing, and warns other teams could soon walk into their own development “traps”.

“I do truly believe that we’ll be in the fight for victories in the second half of the season,” he told Motorsport.com.

“We’re making tremendous progress at the moment. And I think as a team, we’ve got huge amount to be optimistic about, and there was always a lot of motivation and fire within this team to close the gap.

“But I think now we’re within touching distance there’s even more.

“I think the struggles we’ve been through at the start of this year probably will pay dividends going into next year because other teams haven’t faced the issues we have.

“And they may fall into those traps later on in the development process. So yeah, for sure we got a lot to be optimistic about.”

It has already been said that Red Bull have taken a wrong path, the team feeling the new floor that they introduced at the Austrian Grand Prix did not work as planned.

As such this weekend Max Verstappen will reportedly run the old floor with Sergio Perez using the new one but it has been tweaked since Austria.

Speaking about the team’s deficit to Ferrari at the Red Bull Ring, the Dutchman said it was “not only tyres related.

“I think also the way we set up the car, not purely from set-up, but just also the package of the car, I think was not correct in Austria, which we found out.

“So I hope with the things we learned that in general, I think we…