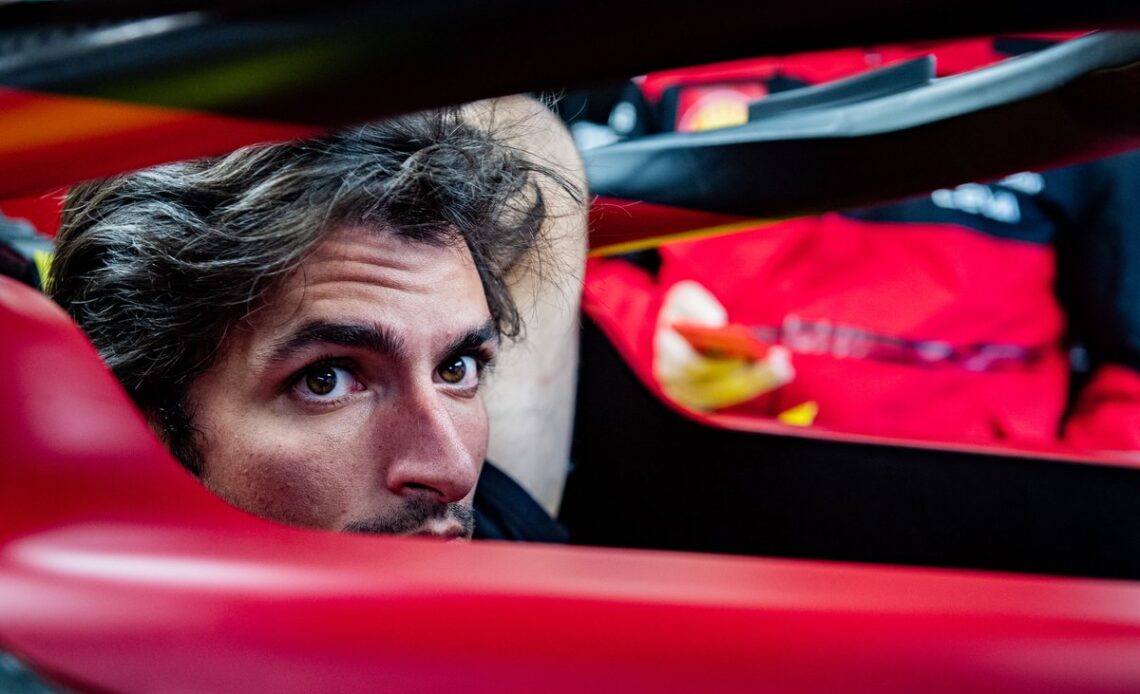 Sainz currently has a 10-place grid penalty for taking a new control electronics on Friday, and he is expected to be consigned to the back of the grid after taking further new power unit elements before Saturday’s FP1 session.

Ferrari has opted to take the hit in France because it’s so difficult to overtake at the next race in Hungary, but on Friday Sainz discovered that it might not be so easy at Paul Ricard either.

The Spaniard says that finding extra straightline speed would be the “best medicine” to help him gain positions.

PLUS: The familiar Paul Ricard weakness that should worry Ferrari at the French GP

“I tried a couple of moments with other cars to overtake, because I know I’m going to need to overtake a lot,” he said.

“And I must say that it was a bit trickier than expected mainly because there’s a tailwind on the back straight and, with this tailwind, it looks like the slipstream and DRS effect is a bit low.

“But I don’t have any other choice, I need to find ways to overtake and the best medicine for that is to just be a bit quicker come Sunday than what we are.

“Let’s see when everyone is running the engines modes flat out if we have the top speed to overtake. I hope we do, because I need to make up a lot of places.”

Asked to confirm that he will indeed be sent to the back, Sainz said: “We will see… I mean I took 10, so you can expect what’s coming next.”

Sainz, who was fastest overall on Friday, was encouraged by the general form of the car.

“Well, it was definitely a positive Friday, at the end not many laps on the short run on the low fuel, but every lap that I did was competitive,” he said.

He also indicated that tyre degradation will be a major factor in the hot conditions: “It is very hot and, so far this year, every time we’ve seen it’s been hot the deg increases massively on these new Pirelli 18-inch tyres, and it’s going to be higher deg I think than what it’s been in the past here in Paul Ricard.

“So there’s work to do. Max [Verstappen] was very quick on the medium tyre, I was quick at the beginning and slow at the end, so…