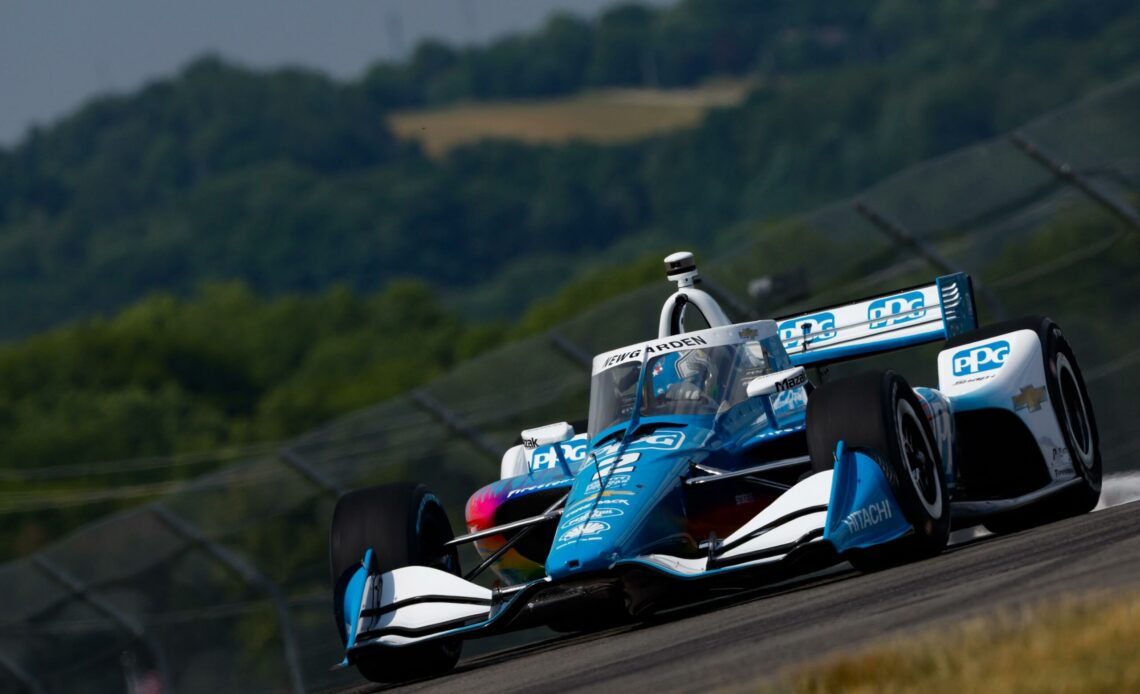 Josef Newgarden entered Saturday’s (July 23) Hy-VeeDeals.com 250 the favorite and left the winner. Was it ever going to be anyone else? Leading more than 200 laps out of 250, Newgarden claimed a dominant fourth win of the 2022 NTT IndyCar Series season and the fourth of his career at Iowa Speedway to move within 15 points of leader Marcus Ericsson in the championship standings.

It came down to a battle in lapped traffic inside of 30 to go, but Newgarden never gave up control. In the end, the American driver delivered a crushing victory by a margin of more than six seconds over Arrow McLaren SP’s Pato O’Ward and more than twenty seconds ahead of third-place Will Power.

Power started the race from his 65th career pole position after earning both of this weekend’s NTT P1 awards. He led the opening 22 laps until Newgarden seized the lead with a lightning-fast restart.

Moving forward early were the Chip Ganassi Racing teammates of Jimmie Johnson and points leader Marcus Ericsson, both drivers making two- and three-wide moves in the outside lane.

On lap 17, Johnson spun at the exit of turn four to bring out the first caution of the afternoon. Sharp driving from the seven-time NASCAR champion kept his No. 48 Honda out of the SAFER barrier and on the lead lap. Johnson would restart on fresh Firestones, albeit outside the top 20.

Then Johnson became a one-man highlight reel, scything through the field and comfortably inside the top ten when the leaders made their first green-flag pit stops. Johnson stayed out, holding the lead until making his second stop of the day on lap 80 and handing the lead back to Newgarden.

With far newer tires than everyone else on the track, the No. 48 was the fastest car on the track, and Johnson worked his way back towards the top five. His run was cut short by the afternoon’s second caution, for Felix Rosenqvist’s hard crash on lap 110.

While Johnson would fade late to 11th, the other Ganassi wildman made the big moves on the restart. Points leader Ericsson ran up on leader Josef…