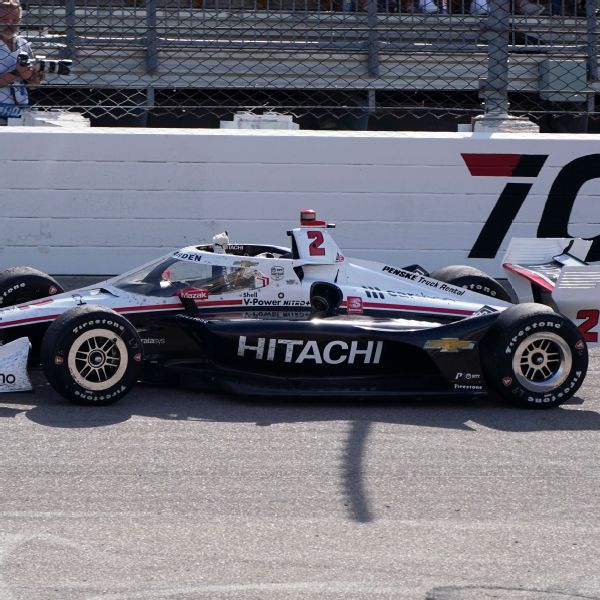 NEWTON, Iowa — Josef Newgarden extended the Team Penske dominance at Iowa Speedway, winning the first race of a weekend doubleheader Saturday for his fourth victory at the shortest track on the IndyCar schedule.

Newgarden raced to his series-best fourth victory of the season and moved from fourth to second in the tight IndyCar championship fight. Indianapolis 500 winner Marcus Ericsson finished eighth and had his lead in the standings sliced to 15 points over Newgarden.

Newgarden had been 44 points out of the championship lead going into the race on the 0.894-mile oval and can make up even more ground when IndyCar completes its doubleheader Sunday.

Team Penske drivers have won six of the last seven races at Iowa, which landed local grocer Hy-Vee as title sponsor of the doubleheader entertainment extravaganza that includes a pair of races and musical performances by Tim McGraw, Florida Georgia Line, Gwen Stefani and Blake Shelton.

Pato O’Ward finished second for Arrow McLaren SP and was followed by pole-sitter Will Power of Penske and Rinus VeeKay of Ed Carpenter Racing as Chevrolet took the top four spots. Earlier Saturday, Power won the pole for both races to move him one away from Mario Andretti’s record of 67.

Seven-time NASCAR champion Jimmie Johnson overcame an early spin to weave his way into first the lead, and then a consistent spot inside the top five. He made several bold passes in the high lane, including a nail-biting three-wide pass to pick off two other drivers.

Earl Barban, Johnson’s longtime spotter, radioed that pass “is going to make a highlight reel” and the Ganassi crew asked Johnson if he was enjoying the 250 laps around Iowa in 100-degree temperatures.

“Yeah, this is a blast,” Johnson replied.

Alas, he faded to 11th in the closing sequence as only five drivers finished on the lead lap.

Newgarden, meanwhile, has led 1,358 of 2,250 laps in his last eight visits to Iowa. But even with his fourth win of the year, the championship battle still includes five drivers separated by 59 points with six races remaining.