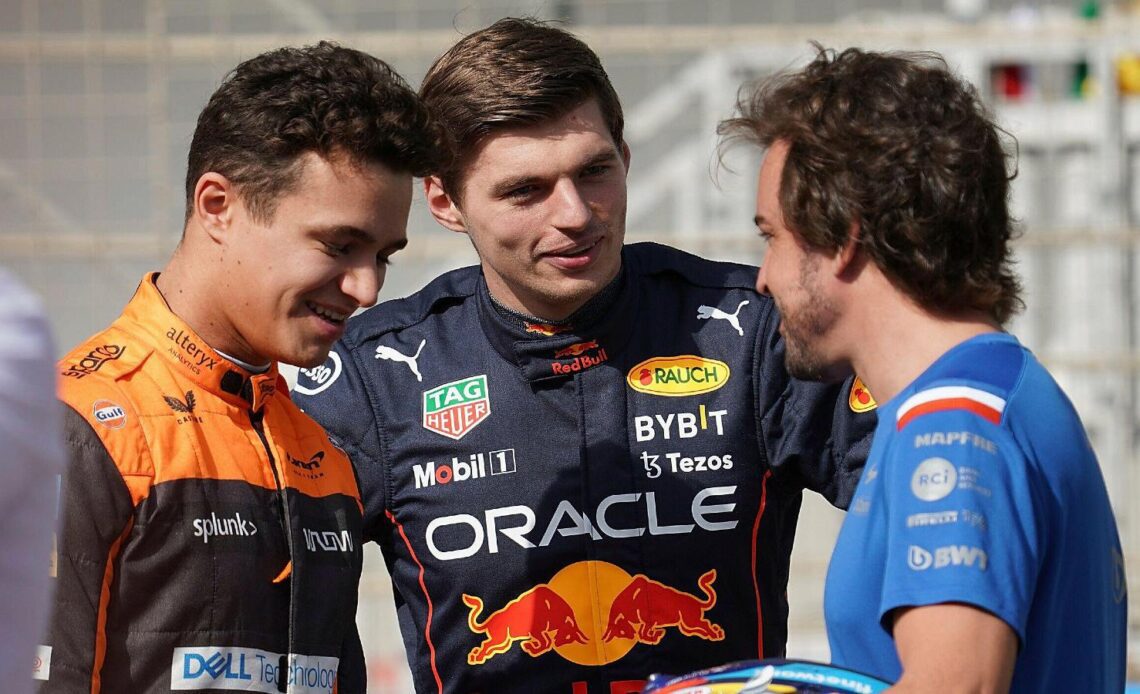 Lando Norris was refusing to be sucked in by Fernando Alonso’s “mind games” and said he “doesn’t believe a word he says.”

There may be 18 years of age difference between the two drivers but Norris has been around Alonso enough to know that the Spaniard is not afraid to pull some tricks in the media.

The Alpine driver arrived in the media pen before Norris following qualifying of the French Grand Prix and said he would have to see if the team had sacrificed race pace in order for an improved performance on the Saturday.

Norris, who will start two places ahead of Alonso in P5, was not buying it and remarked that the two-time World Champion was playing “mind games.”

“Oh that’s Fernando,” he told F1.com. “He’s playing mind games with you. He knew I was coming here [the media pen] after. I don’t believe a word he says.

“We weren’t expecting Q3 today so P5 is a good step and I’m hoping a similar scenario happens tomorrow where we’re thinking it might be a tough race, but hopefully it’s just a really easy one. We’ll see but I’m expecting a good race and a good battle with Fernando.”

Norris had reasons to be cheerful after securing his highest qualifying finish since the Monaco Grand Prix but he said, despite McLaren bringing seven new upgrades to the car this weekend, they had pondered if there was even any point discussing Q3 as they believed it was “very far off.”

“It has been a very good day. I think before qualifying, we were discussing whether or not we should even talk about Q3 because it was just very far away from what we thought we could achieve.

“But I think as we’ve gone through the weekend, we’ve understood the package more and more and the upgrades and the updates and just how to maximise them and how to find the limit of it all and we did that.”

The 22-year-old may have thought he deserved even better after putting in a lap which he described as a pole-getter in any other category.

“I’m happy with my lap in Q3, it felt like a very good lap,” he said. “The kind of lap that you feel like you should be on pole with in other categories.

“[The kind that makes you] feel like I’ll be very happy with that and if I’m not on pole, then I’ll be surprised but I was still like one and a bit seconds away today. But apart from that the team has done a good job and I feel like I did a good job…