Nico Rosberg suspects “head-scratching” going on at Mercedes over upgrades 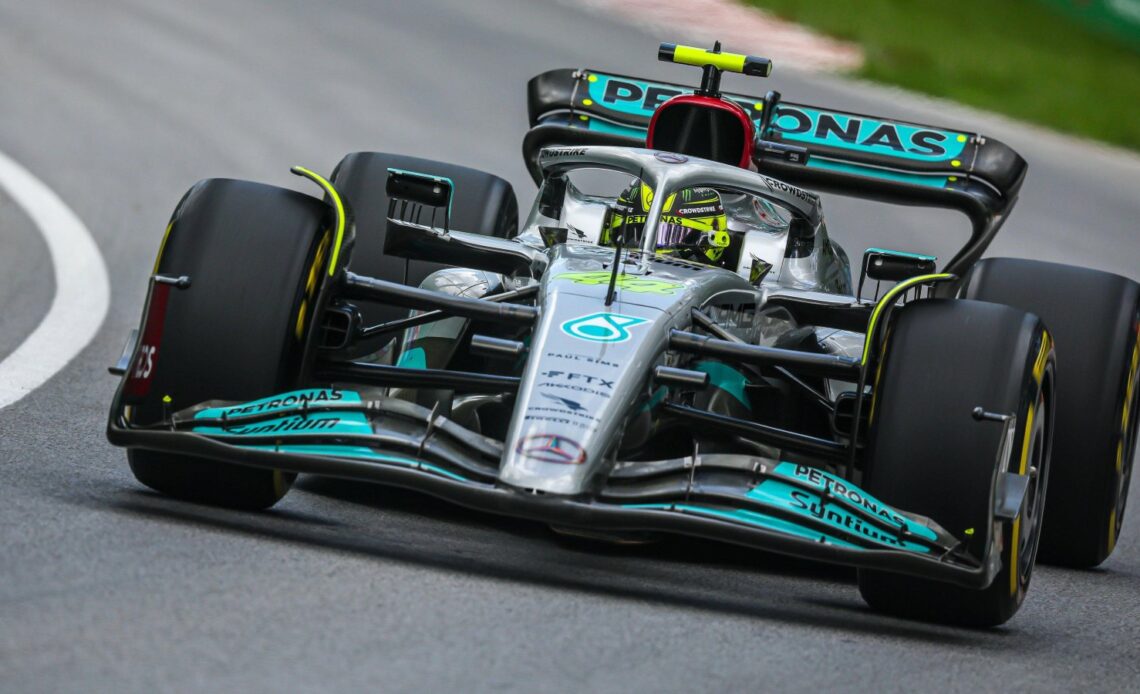 Nico Rosberg has said Mercedes will have been left scratching their heads after their latest upgrade package failed to produce results.

The Silver Arrows had been picked by many as a potential race winner for the French Grand Prix, but the W13 again struggled for pace on qualifying day at Paul Ricard.

They arrived in the south of France with an updated version of the car and changes to the floor edge as well as a change to the front corner with the addition of internal louvres local to the front brake duct exit, which they said would improve how the brake disc cooling flow exits the front caketin.

However, these upgrades failed to translate to the track as the Mercedes car lacked pace. During qualifying, there was a time when both drivers looked on the brink of being eliminated in Q2 but while they did make it into the top 10, Lewis Hamilton went on to finish P4 with George Russell in P6.

Most concerning for Toto Wolff and co will be the lack of progress the team has made with the upgrades installed this weekend as they remain well behind the Ferraris and Red Bulls.

Former Mercedes driver Rosberg said the team are arriving at circuits expecting to compete only to see themselves behind once more.

P4 and P6 on the grid for the #FrenchGP! 💪 Solid starting positions and plenty of opportunity ahead! 🦈 pic.twitter.com/kSjF923Im9

“It seems to be a bit of a challenge there for Mercedes,” the 2016 World Champion told Sky Sports F1. “Every time they think ‘okay, now we are really coming back at them and then we are bringing an upgrade and we’ll be right there with them (Ferrari and Red Bull) like this weekend’.

“I think they probably thought they would be pretty close and suddenly again they are like six, seven, eight tenths back, which is very, very far.

“So I think that probably is a bit unsettling because the upgrades don’t seem to be bringing them closer in the way they are hoping.”

One possible explanation offered by Rosberg was results in the wind tunnel not translating to the track and he reckoned there would be plenty of “head scratching” going on at the team.

“That brings some question marks, whether what they see in the numbers in the wind tunnel, whether that really converts onto the actual car in a real situation on the racetrack. Maybe they are having some correlation issues there,” suggested Rosberg.

“I’m sure there will be some some…