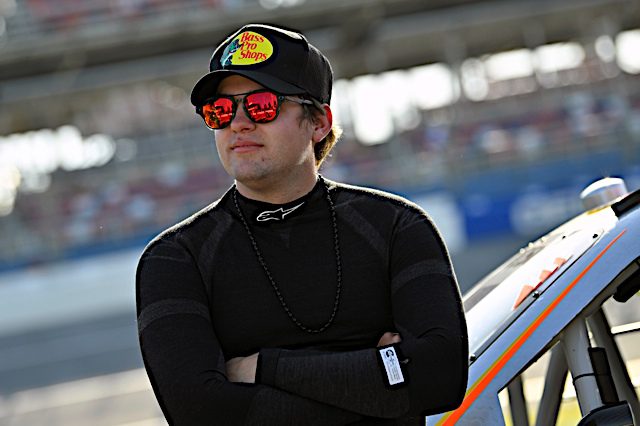 Gragson got by his JR Motorsports teammate Josh Berry to take the lead. Gragson then raced a clean battle with Gibbs to win his third race of the season and eighth of his career.

The race saw some pretty big moments, both early on and in stage three.

Around lap 2, Rajah Caruth tried to slide up behind Alex Labbe coming off of turn 3 and didn’t clear him. Both cars turned left hard into the inside wall, ending their days early.

Then in stage three, the Big One occurred when Santino Ferrucci got loose off of turn 3 and slid right in front of Ricky Stenhouse Jr. The No. 48 crunched its front nose and spun down across the track as Jeb Burton tried to thread the needle. Unfortunately, Burton ran out of room, getting tagged by Stenhouse and flipping over on his lid.

Another look at the bizarre crash that saw Jeb Burton going for a wild ride in the No. 27 car. #NASCAR

Burton was ok but did not finish for the second race in a row.

A couple of other drivers also had major damage from the accident, including Ronnie Bassett Jr. and Jeremy Clements.

Soon after the race went back to green, Sammy Smith got loose while racing with Landon Cassill and made slight contact before spinning around and rear-ending the wall.

In the end, Gragson got back out in front and kept the lead from Gibbs.

The Xfinity Series turns left and right next Saturday, July 30 at the Indianapolis Motor Speedway road course. The race will air at 3:30 p.m. ET on NBC.