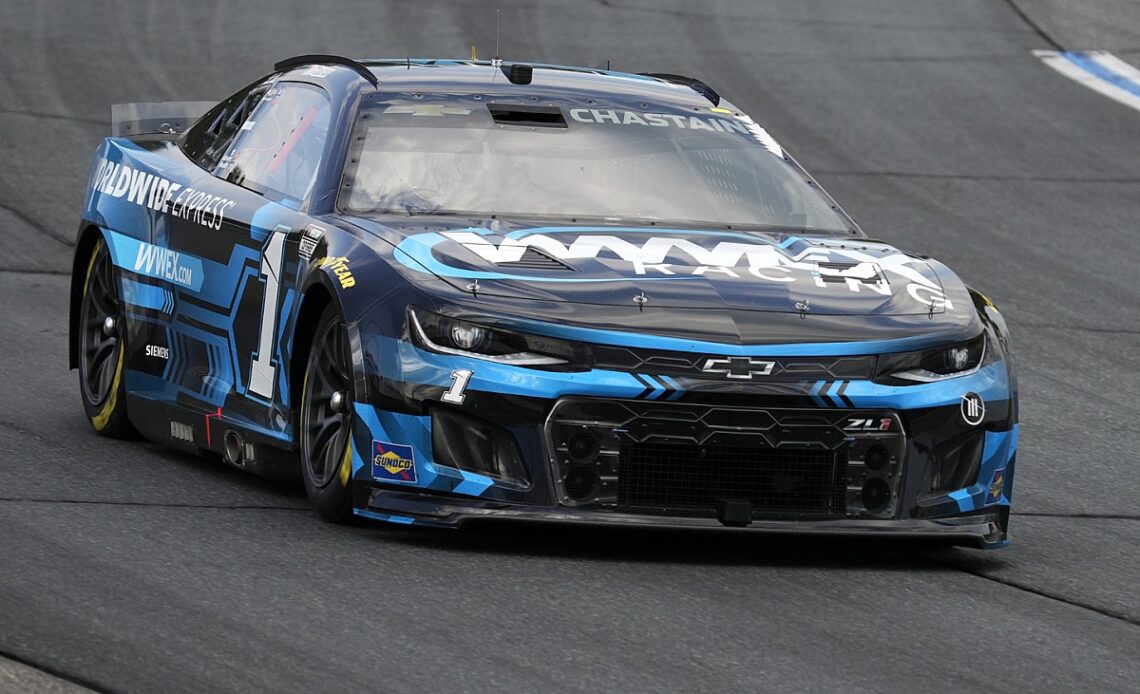 Earlier in the Group B session, Chastain posted the fastest overall average lap speed in practice at 167.719 mph.

However, with just over a minute remaining in Group B, Chastain’s No. 1 Chevrolet spun off Turn 3 and down the frontstretch but did not appear to suffer any damage other than a flat tire.

Kurt Busch was fourth and Kyle Larson completed the top-five. The top four fastest average speeds came from Group B.

Among those drivers who ran at least 10 consecutive laps, Chase Elliott had the fastest average speed at 166.509 mph. Kyle Busch and Kurt Busch were second and third, respectively, in that category.

The second 20-minute session ended up faster than the first as Chastain led the way with an average lap speed of 167.719 mph.

Kurt Busch was fourth and Tyler Reddick completed the top-five.

About eight minutes into the session, Reddick tagged the wall with the right-rear of his No. Chevrolet. There did not appear to be any serious damage.

Larson went out late in the 20-minute session and posted the fastest average speed of 167.183 mph.

“I was hoping we would fire off good and we did. We were very happy with the car,” Jones said. “Hopefully, we’ll have that speed for qualifying.”

With just over one minute remaining, Byron spun off Turn 3 and down the frontstretch to bring out a caution and an early end to the practice.

Busch ran the most laps in the session (13).