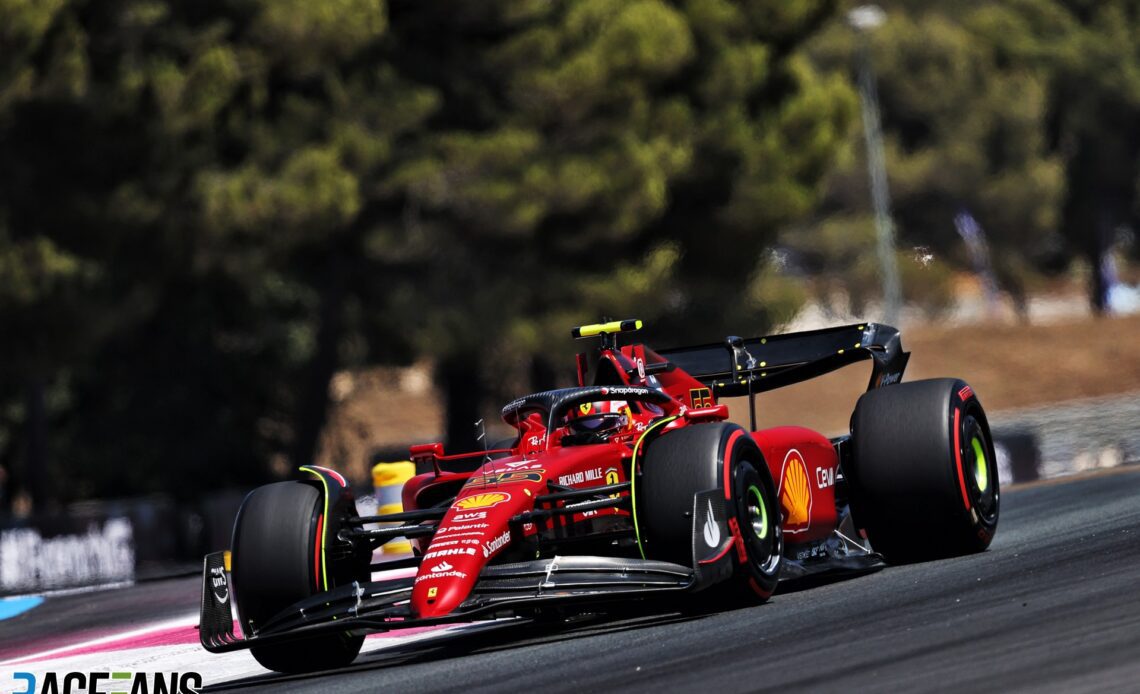 Carlos Sainz Jnr and Kevin Magnussen will start the French Grand Prix from the rear of the field after taking grid penalties.

The FIA confirmed both their teams had fitted a fourth power unit to their cars overnight, triggering penalties which will require both to start from the back of the grid.

Following the further changes today, whichever of the two drivers is quickest in today’s qualifying session will start ahead of the other on the 10th row of the grid.

Ferrari has also fitted a new exhaust to Charles Leclerc’s car. This does not incur a penalty, but is the seventh out of a maximum of eight he is allowed to use during the season.

Sainz has retired from two races due to mechanical related problems over the first half of the 2022 season. He stopped early in the Azerbaijan Grand Prix with a power unit problem, before his power unit failed spectacularly in the closing laps of the Austrian Grand Prix, leading to his car catching fire.

Magnussen also retired from two consecutive races in Monaco and Azerbaijan due to problems with his Ferrari power unit. The Haas driver headed into the French Grand Prix weekend on the back of two consecutive points finishes along with team mate Mick Schumacher.

Sainz currently sits fourth in the drivers’ championship on 133 points, 75 points behind leader Max Verstappen and 37 behind Ferrari team mate Charles Leclerc, who sits second in the standings. Magnussen is 11th after 11 races, on 22 points.