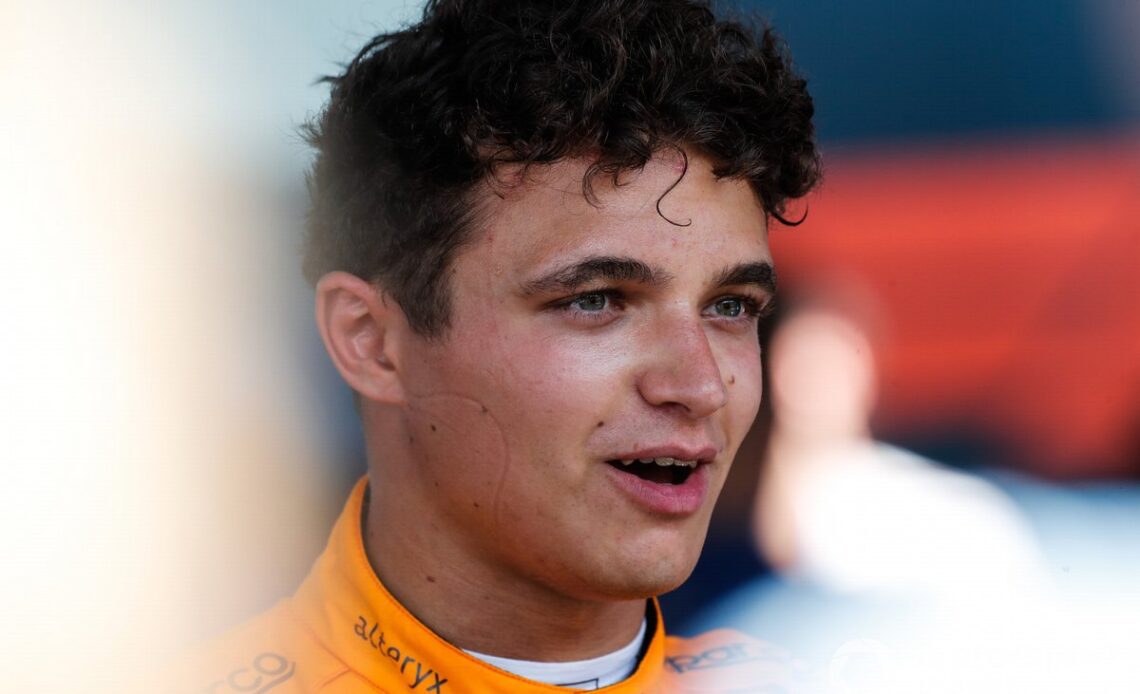 The McLaren driver was only ninth in FP3, behind even the Williams of Alex Albon, and thus did not enter qualifying expecting to be fighting near the sharp end.

However, in a display of impressive consistency, he was fifth in all three segments of qualifying, ending up between Lewis Hamilton and George Russell on the final grid.

“Very surprised, actually,” he said of the outcome.

“I mean, after the pace in Q1 and Q2, I guess not as surprised. If you asked me before qualifying were do you think you would be, it definitely wouldn’t be competing with them.

“Put it down to two things, one the car performing very well, and obviously working well. But also to it being a very good lap, and I would say there was probably one mistake, a little bit of wheelspin out of Turn Nine.

“But apart from that it was a very strong lap from myself. So I think that was the thing which put us ahead of one of the Mercedes.”

Norris acknowledged that while he beat Russell, who actually made a mistake on his final lap, he still lost out to Hamilton.

“I guess I was still three-tenths behind the other, there’s no way I was going three-tenths quicker, if that makes sense. So it shows they still ahead.

“But to have closed the gap as much as what we did, considering where we’ve been the last few weekends, and where they’ve been as well, I know they’re a little bit off the pace, was definitely a surprise but a good one, like a rewarding surprise.

“So whether or not we’ll be able to keep up with them tomorrow in the race is another question, but for today, it was lovely to be ahead of one of them, at least.”

Norris hinted that when the team discussed its plans for qualifying he didn’t expect to have to save tyres for Q3.

“I mean, before qualifying we were debating whether or not we should talk about Q3 or not!

“We got into Q3 and were fighting around with Alpines and stuff like that, I think that was probably more our expectation.”

Norris also noted that McLaren’s latest updates have performed well in France, stating: “I think with what I felt like the car could achieve this weekend after bringing the new parts and putting them on in FP2, and realising that improved…