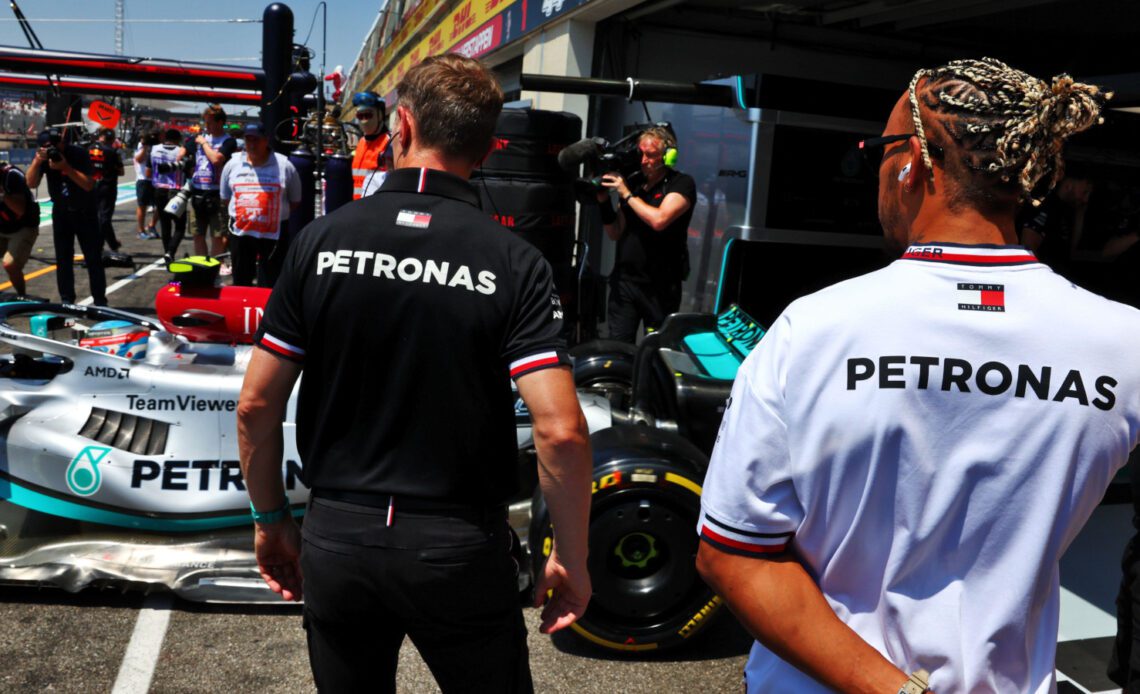 De Vries, one of Mercedes’ Formula E drivers, took to the Paul Ricard circuit in Friday’s first practice for the French Grand Prix.

He was given Lewis Hamilton’s car, Mercedes fulfilling one of their two mandatory rookie driver runs for this season.

Putting in 22 laps, the Dutchman finished 1.5s down on pace-setter Charles Leclerc but, more importantly, was only half a second slower than George Russell.

However, that may yet be De Vries’ last run in a Formula 1 car.

Nyck De Vries getting suited and booted ahead of his FP1 fun with @MercedesAMGF1 on Friday! 👀🤩#FrenchGP #F1 @nyckdevries pic.twitter.com/tL1iYp9O6d

Mercedes do not have space for him with their F1 team as both Hamilton and Russell are on multi-year deals.

And with Mercedes withdrawing from Formula E at the end of this championship, even that door will be closed on De Vries.

“If we are not able to provide him with an interesting Formula 1 project, in a way we need to let him go,” Wolff conceded to Sky Sports.

“He is looking at various options, sportscars and maybe Formula E, but you must never give up on the opportunity that one day your Formula 1 door could open and today was very, very good.”

Asked whether he could try to help the 27-year-old secure a seat with another team in Formula 1, the Mercedes motorsport advisor replied: “I can’t really help him.

“We can’t really tell any team to look at him and consider him because that would be felt as an interference and that goes the contrary way.”

De Vries’ Formula 1 run will at least end on a high note, the driver having impressed during his Friday appearance.

Wolff revealed he was coached through the session by Hamilton, the seven-time former World Champion on hand to offer advice.

“I was a bit confused when I came in and he (Hamilton) was sitting in my seat and I was like ‘why are you not in the car?’,” joked Wolff.

“I think it was interesting because he was coaching Nyck, helping him with the overlays, and that was quite interesting to see.”