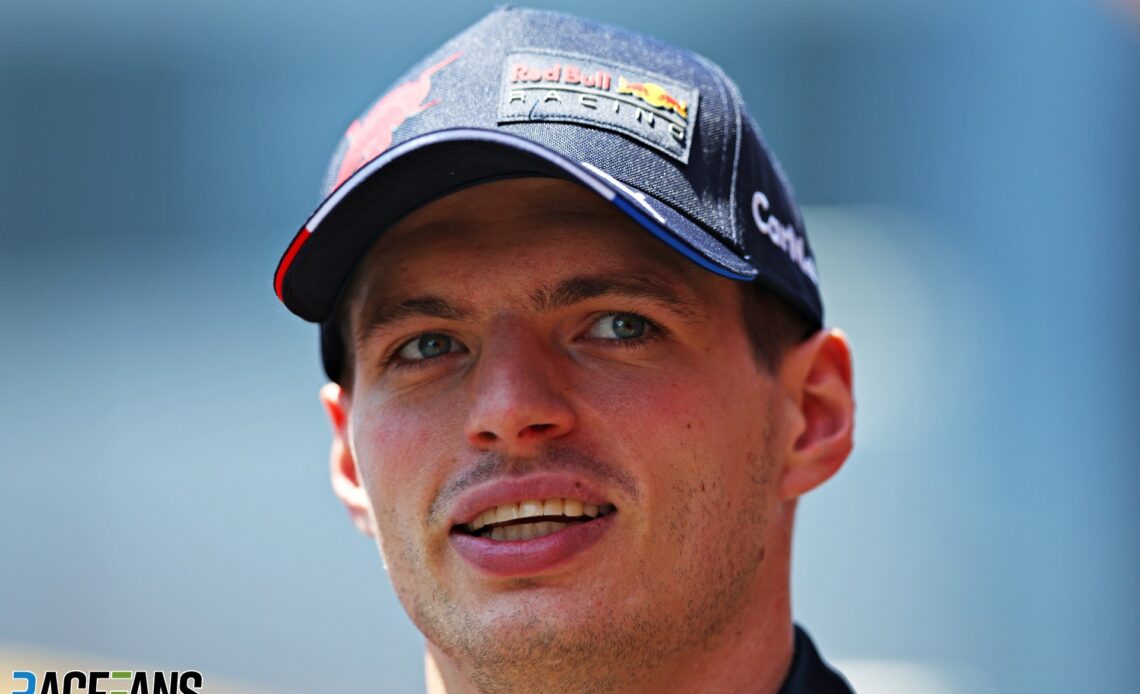 Max Verstappen says it would be “very sad” if any F1 drivers are forced to miss races in the second half of the 2022 season.

The championship leader holds a 38-point advantage over Charles Leclerc in the drivers’ standings with 11 races remaining.

Over two years since the pandemic began, drivers are continuing to miss races if they contract Covid-19. Sebastian Vettel did not compete in the opening two rounds of the season after testing positive. Jake Hughes will be absent from both this weekend and next weekend’s Formula 2 rounds for the same reason.

With Covid cases increasing across Europe and the United Kingdom, some drivers and team personnel are choosing to wear masks around the paddock once again. Verstappen says he hopes no drivers will miss out on races due to the growth in infection rates.

“Of course we are all opening up, but sometimes it seems like people forget that it’s still around,” Verstappen said. “It will be very sad if drivers have to miss again races because of it.”

Verstappen it not among the 10 F1 drivers who are known to have tested positive for the virus as part of regular testing in the championship over the two-and-a-half seasons since Covid was declared a pandemic by the World Health Organization. However his Red Bull team mate, Sergio Perez, was the first driver to miss races when he tested positive early in the 2020 season, while he was driving for Racing Point.

Asked if he would consider wearing a mask in the paddock, Verstappen indicated he would continue to trust in the FIA’s guidelines which are set in accordance with local rules set by each nation’s governments.

“Of course everyone has their own preferences and how they want to do it,” said Verstappen. “But I think it’s not only that.

“If you stay somewhere for like five to ten minutes, it’s not too bad. But if you really start to be in closed-off areas with people who are not testing any more, it’s a bit of a different story as well.

“Of course these are things that can be looked at. But also I think, in general, the FIA is following the local authorities.”

Verstappen confirmed in March last year he had been vaccinated against Covid-19.