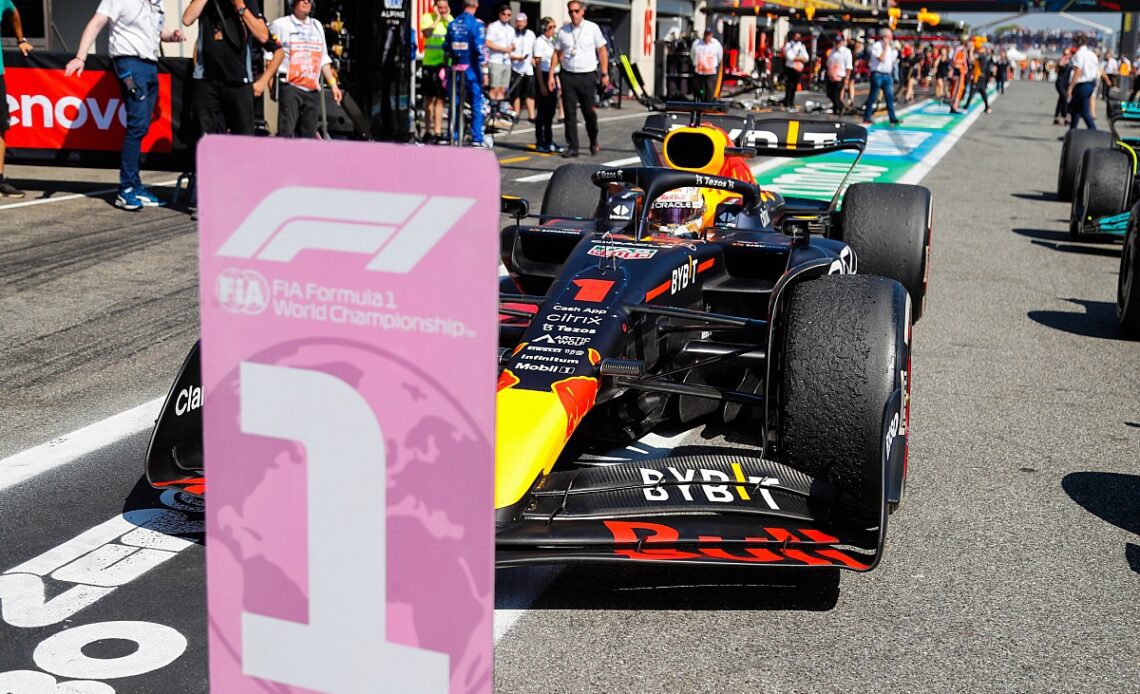 Who is leading the F1 Drivers’ points?

Red Bull’s reigning champion Verstappen pulled out a further 25 points over Ferrari drivers’ title rival Charles Leclerc, who crashed out at Paul Ricard after leading the race for the first 17 laps.

Verstappen’s lead is now 63 points over Leclerc as he bids for a second successive drivers’ title. His Red Bull teammate Sergio Perez’s fourth position in France moves him to within seven points of Leclerc, and 19 points ahead of Carlos Sainz in the second Ferrari.

Sainz is just one point ahead of George Russell, who is 16 ahead of his seven-time world champion teammate Lewis Hamilton.

Who is leading the F1 Constructors’ points?

In the constructors’ points, Red Bull’s 37-point haul in France moves it 82 clear of Ferrari after the Scuderia’s troubled race.

The only other point scorer was Aston Martin, which remains in ninth – eight points behind AlphaTauri.