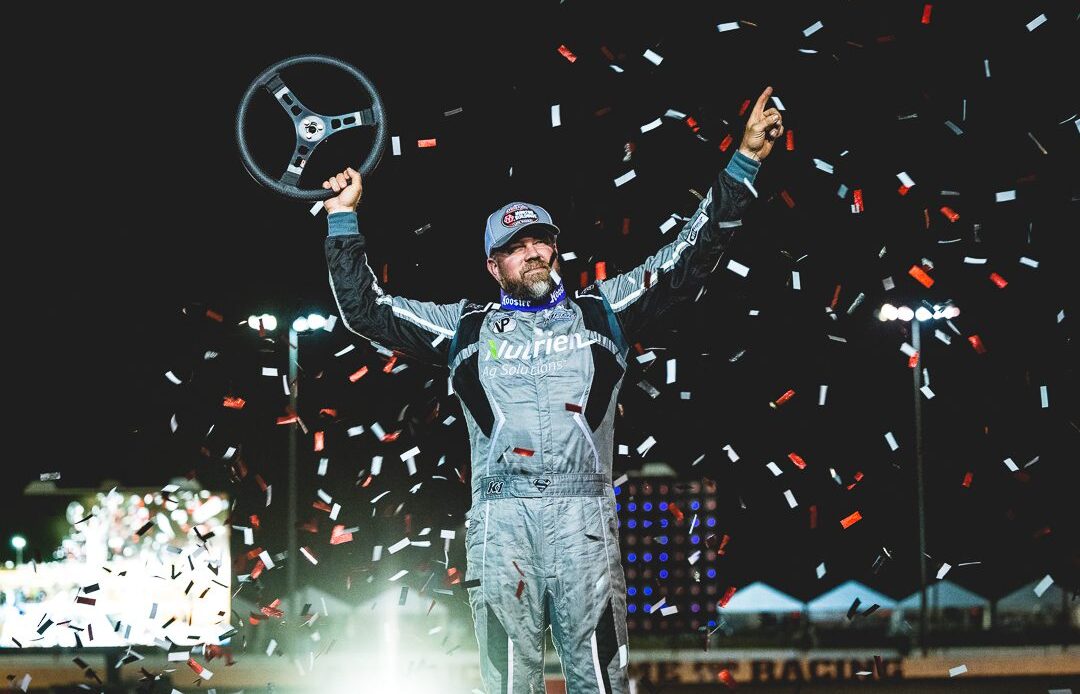 Jonathan Davenport bested Tim McCreadie at his own game late to win the Silver Dollar Nationals as the Lucas Oil Late Model Dirt Series said goodbye to I-80 Speedway.

Sunday night (July 24) marked a case of role reversal in dirt late model racing. With Tim McCreadie leading the opening 73 laps of the Silver Dollar Nationals, he this time found himself the victim of a late hard charger. Jonathan Davenport, last month’s Eldora Million champion, battled back to take the lead with seven laps to go, driving away to the $53,000 win, his third in the crown jewel event.

McCreadie went uncontested for much of the race early on, leading the first 49 laps by a wide margin as the feature went green early. Dealing with restarts on laps 48 and 59, McCreadie proved able to stymie challenges from Bobby Pierce and Mike Marlar. In the closing laps though, McCreadie’s No. 39 was visibly seen struggling with corner exit, allowing Davenport to steal the win.

The race was bittersweet for the Lucas Oil tour, as while it was announced on Sunday night that the Silver Dollar Nationals will continue in 2023, the event is expected to be moved from I-80 Speedway, which is expected to be sold for non-racing purposes after the conclusion of the 2022 season.

What is next for I-80 Speedway?https://t.co/3vDAxN6fKT

McCreadie’s runner-up finish did allow him to extend his lead in the LOLMDS points standings, as current series runner-up Brandon Sheppard finished sixth.

Jonathan Davenport’s victory lane interview gave a lot of insight into how both he and Tim McCreadie are de facto teammates, both longtime friends that campaign Longhorn Chassis as their racecars that share info. The duo led all 80 laps of Sunday’s Silver Dollar Nationals. It may have been in Nebraska, but horns up this Sunday.

It’s hard not to laugh at the irony that Mike Marlar was critical of the double heat, passing points format utilized by the Silver Dollar…