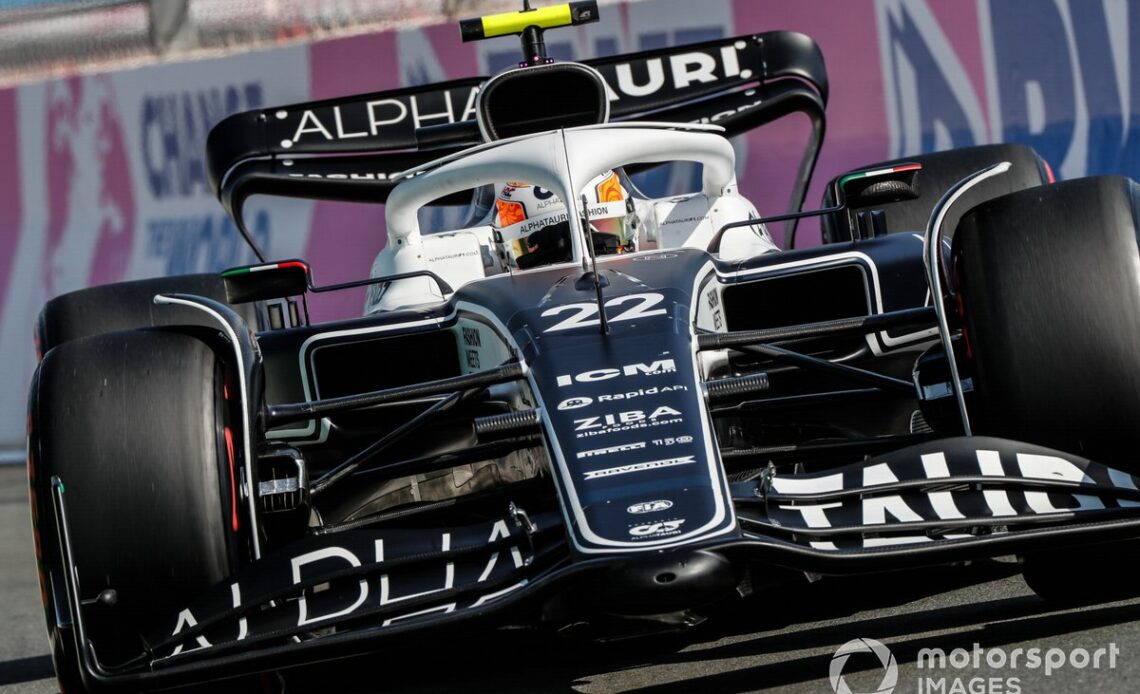 Gasly was comfortably inside the top 10 in both FP1 and FP2, and noted that he felt more confident in the car with the updates, only to then qualify a lowly 16th at Paul Ricard on Saturday.

Speaking after qualifying, Gasly explained that he had a completely different feeling in the AlphaTauri AT03 car between FP2 and FP3, leaving him struggling for pace come qualifying.

“I don’t know, this morning I just had a completely different feeling in the car – I struggled a lot more in FP3, sliding a lot and I could not put the same performance.

“Qualifying was the same. Clean laps, just sliding a lot in all the low-speed corners, no traction and I don’t really understand how we lost so much compared to yesterday.”

Asked if there had been any set-up tweaks between Friday and Saturday, Gasly replied: “A little bit, but I would be surprised if that would explain why we lost five tenths overnight.”

Gasly reported an issue with his left-rear tyre during his final qualifying lap that he thought was a puncture, but he said that he still needed to check with the team why the car had felt so bad.

“At the moment, there’s a lot of question marks,” Gasly said.

“I’ve just got out of the car, I need to sit down with them and go through everything and try to understand why we lost so much performance compared to yesterday.

“Yesterday I said it was great, the car was reacting well. Every single lap it was really easy to deliver the lap time. This morning it felt like a different car.

“I don’t want to make big conclusions now. but clearly we need to go through quite a lot to understand exactly what’s happened.”

Teammate Yuki Tsunoda was able to reach Q3 for the first time since the Azerbaijan Grand Prix at the start of June, qualifying eighth after benefitting from a shift in set-up from practice.

“I’m quite pleased with what I’ve done today, especially from FP2, I struggled to adapt a little bit there,” said Tsunoda.

“We did a good change in set-up massively overnight, and that works well today. So far it’s going well, to end up in eighth position for tomorrow [Sunday], so hopefully that works well.

“So far, in medium and high speed [corners],…