Another win for Max Verstappen, a third DNF from P1 for Charles Leclerc 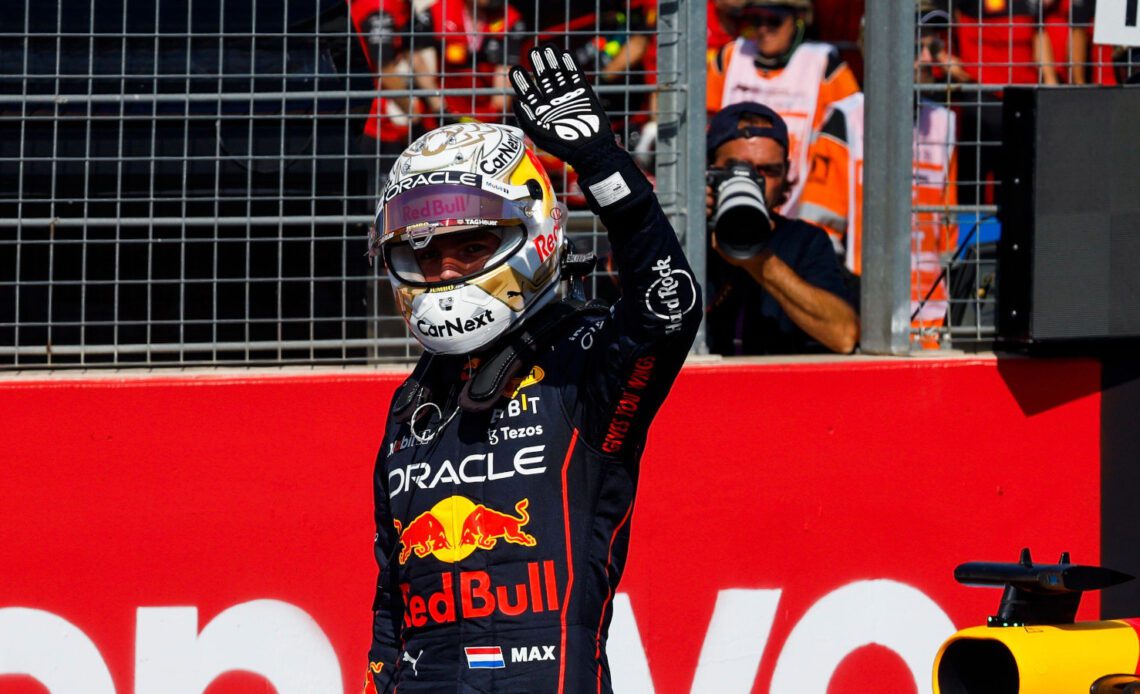 Max Verstappen was handed an easy road to victory lane at the French Grand Prix as Charles Leclerc crashed out of the lead, his third DNF from P1.

The Paul Ricard race was shaping up to be an intriguing game of cat and mouse between the championship rivals, Leclerc weathering the early storm as Verstappen ran without DRS range.

No sooner had the Ferrari driver dropped him, Verstappen pitting as a result, than Leclerc found himself nose first in the Turn 11 barrier, his race over.

With the entire field except Verstappen pitting up the Safety Car, the reigning World Champion was back up into the lead and was never again troubled as he strolled to his seventh win of this season.

Charles Leclerc, with his new Ferrari clutch in play, made a perfect start as he hold onto P1 ahead of Max Verstappen and Lewis Hamilton, the Briton getting the jump on Sergio Perez. Further behind Esteban Ocon tangled with Yuki Tsunoda, the latter pitched into a spin while the local driver was handed a five-second penalty.

Carlos Sainz, having started down in 19th place with his engine penalties, was up to 14th by lap 5, Kevin Magnussen even higher in 12th.

With Ferrari’s corner speed versus Red Bull’s straight-line pace, Leclerc and Verstappen played a game of cat and mouse as whenever the Monégasque, also fighting rear-end instability, gained a tenth or two, Verstappen pulled it back. Gaining tenths, Verstappen forced Leclerc to use up his tyres but his too were taking a beating in the heat.

The race leaders easily dropped third place Hamilton, the Briton running ahead of Perez and Russell with Fernando Alonso some four seconds behind their battle. Magnussen and his team-mate Mick Schumacher were earlier stoppers, the only two to pit within the first ten laps.

While Leclerc was told he was on Plan B, the driver not overly enthused by it, Sainz was told he was “doing a good job”. The driver, up to 11th, replied: “It doesn’t feel that way, but okay.” The Spaniard making up another position as he took the final points-paying position off Lance Stroll on lap 13.

Carlos Sainz is into the points! 💪

Sainz’s ‘Through The Field’ challenge is going strong thus far!…