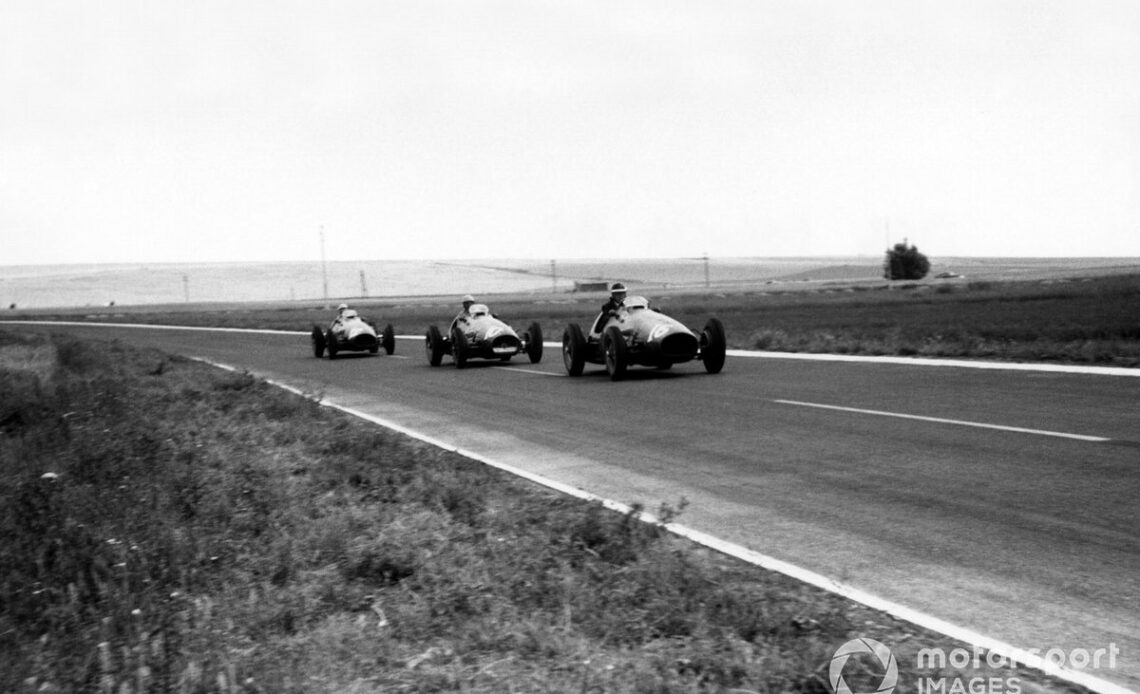 The Paul Ricard circuit in its current guise as a test venue may not be a crowd favourite among Formula 1 fans, but that won’t stop the fans flocking to the venue this weekend for the French Grand Prix.

The home support have two drivers to cheers on in the form of Pierre Gasly and Esteban Ocon, though it has been 32 years since a French driver won their home race.

Regardless, the French GP has thrown up many enthralling moments over the years to delight the packed grandstands. Autosport’s writers pick out their favourite moments from years gone by.

It may seem a bit strange picking a favourite that took place before you were born, but an event described as The Race of the Century deserves a closer look.

Nobody other than Ferrari star Alberto Ascari had won a points-paying race for more than a year (excluding the anomalous Indianapolis 500) when the field arrived at Reims for the 1953 French Grand Prix.

Ascari duly took pole in his Ferrari 500, the benchmark machine of the two-litre unsupercharged Formula 2 era of the world championship. But Maserati’s challenge had grown stronger and there were three A6GCMs in the top five.

Archive: The rise and fall of Ferrari’s first great champion

Jose Froilan Gonzalez shot into the lead immediately. The Argentinian had started on half tanks in his Maserati and pulled away as the Ferraris of Ascari, Mike Hawthorn and Luigi Villoresi swapped positions around the high-speed track.

Juan Manuel Fangio ran sixth in the early stages but rose through the field and overtook Ascari for second just before Gonzalez made his fuel stop and fell to sixth.

Hawthorn also went by Ascari, starting a fantastic duel with Fangio as they constantly swapped places. The lap charts show them exchanging the lead 11 times in the second half of the race, but it was probably a lot more than that as they slipstreamed past each other around the track.

Hawthorn had a narrow lead going onto the final lap. Fangio challenged, but the Ferrari’s superior acceleration helped Hawthorn win the dash to the flag to become the first British victor of a world championship race.

Just behind, Gonzalez and Ascari had been charging back into contention. As the fight for the lead raged, they put on another fine battle for third. Gonzalez got the better of the reigning world…