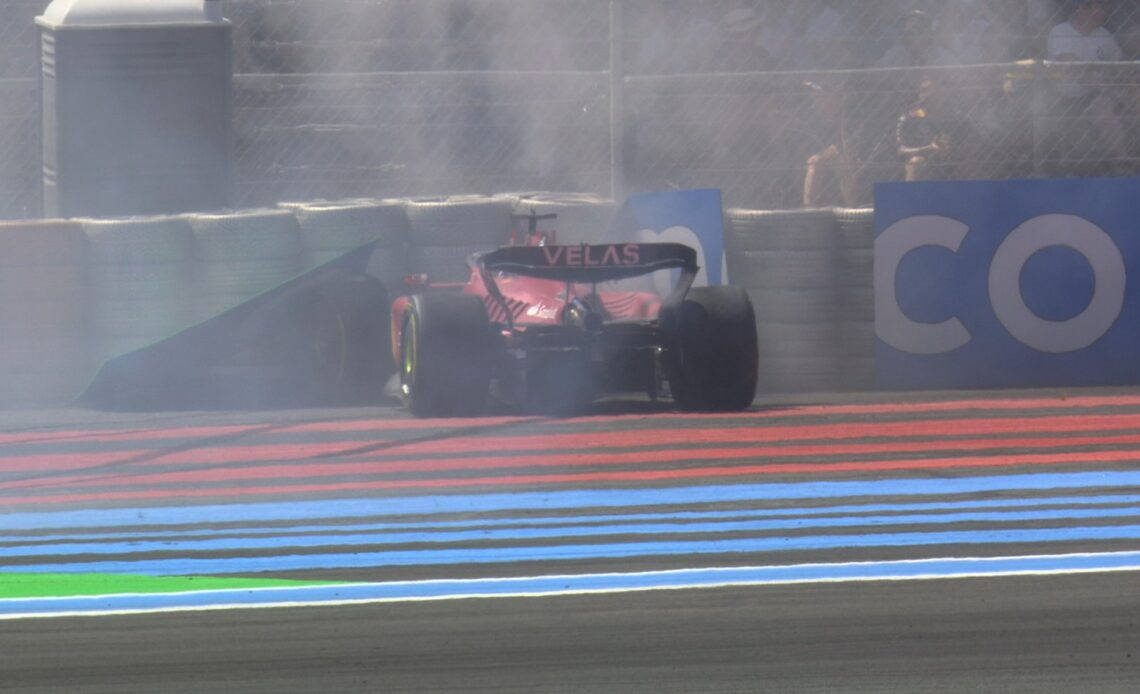 Disaster struck again for Charles Leclerc as he spun out at Paul Ricard while leading the French Grand Prix.

Polesitter Leclerc made the perfect start, maintaining the lead ahead of his title rival Max Verstappen.

From there Verstappen quickly closed back in on the Ferrari driver, though Leclerc did enough in that opening stint to keep Verstappen at bay.

Red Bull pulled the trigger on Lap 17 and pitted Verstappen, looking to execute the undercut, but as it turned out, that strategy ploy never got the chance to play out.

That is because Leclerc would lose the rear of his F1-75, spinning off into the tyre barrier and triggering the Safety Car. His race was over.

If this was down to the stuck throttle again 😡#FrenchGP #F1 pic.twitter.com/7j2xOVEMck

A furious Leclerc took to the radio, thankfully unhurt, to deliver a shuddering scream, then suggesting that the throttle problem which had haunted him in the closing stages of the Austrian Grand Prix had returned.

Verstappen took to the radio to ask if his rival was okay after that shunt.

“Yes I’m told he’s OK Max, thanks for asking,” was the response from the Red Bull pit wall.

The race resumed with Verstappen in the lead, while his 2021 title rival Lewis Hamilton ran P2.

Further woes were to come for Ferrari, Sainz picking up a five-second time penalty for an unsafe release after the Ferrari crew sent him out into the path of a Williams.

Ferrari even got the penalty wrong at first, initially telling Sainz it was a five-second stop-go penalty before Sainz corrected his race engineer.