F1 gap between McLaren and Alpine in France “worrying” 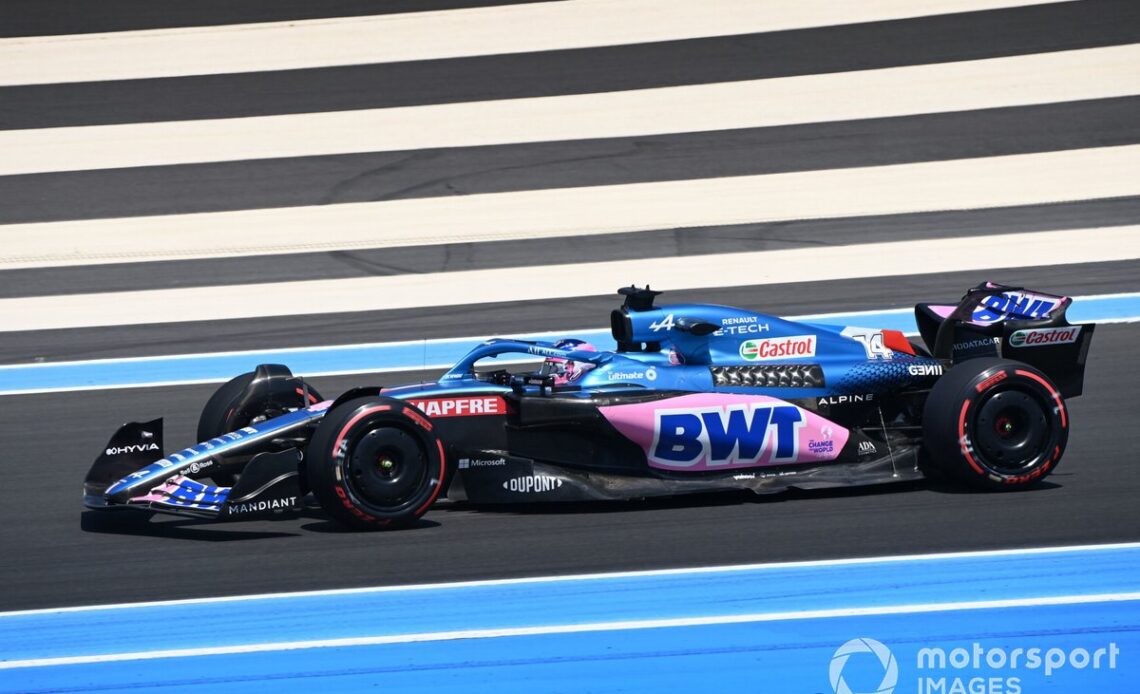 McLaren and Alpine head into today’s race at Paul Ricard tied on points for fourth place in the constructors’ championship, with McLaren sitting ahead by virtue of its podium finish at Imola.

Alpine was hopeful of continuing its good form in France after its recent gains in the standings, only to struggle through practice on Friday and Saturday afternoon.

While Alonso made it through to Q3, qualifying seventh, team-mate Esteban Ocon slumped to 12th and lamented his session as being “terrible.”

Norris was able to take fifth for McLaren, splitting the two Mercedes cars and lapping 0.52s clear of Alonso.

“Honestly we came here with high expectations after Silverstone and Austria where we were very competitive,” Alonso said after qualifying.

“We thought here we could be in front of the midfield, but AlphaTauri and McLaren seem to improve the car a lot with updates. We struggled.

“To be honest, when I saw the times with Lando half a second in front, it is a little bit too much and unreachable for us, which is a bit worrying.

“But let’s see tomorrow what the race pace is, and the tyre management and strategy and everything. Hopefully we can challenge him tomorrow.”

Alpine CEO Laurent Rossi said after Friday’s running that the team was “a bit disappointed” with how the car was struggling, noting the understeer that both drivers were battling against.

Alonso admitted it had “not been an easy weekend” for Alpine and the team was still “not happy in FP1 and FP2” with how the car was behaving.

“Then in qualifying the wind rotated 90 degrees, so there was cross wind on the straight and head wind on the main straight, so it changed again a couple of corners,” Alonso explained.

“It has not been an easy weekend. P7 is a strong position and yesterday the long runs seemed quite strong for us, so there is hope we can have a good race.”

High temperatures are set to make the race a challenge for tyre management, with teams also having to factor in the slow pit lane speed at Paul Ricard that makes minimising the number of stops more important than usual.

“Tyres are struggling a lot in these long corners with the temperature as well with the heat and graining,” Alonso said. “It is going to be a challenge.

“The pit lane is the longest of the championship, I think at 27 seconds or something like that, so one stop will be ideal if you can…