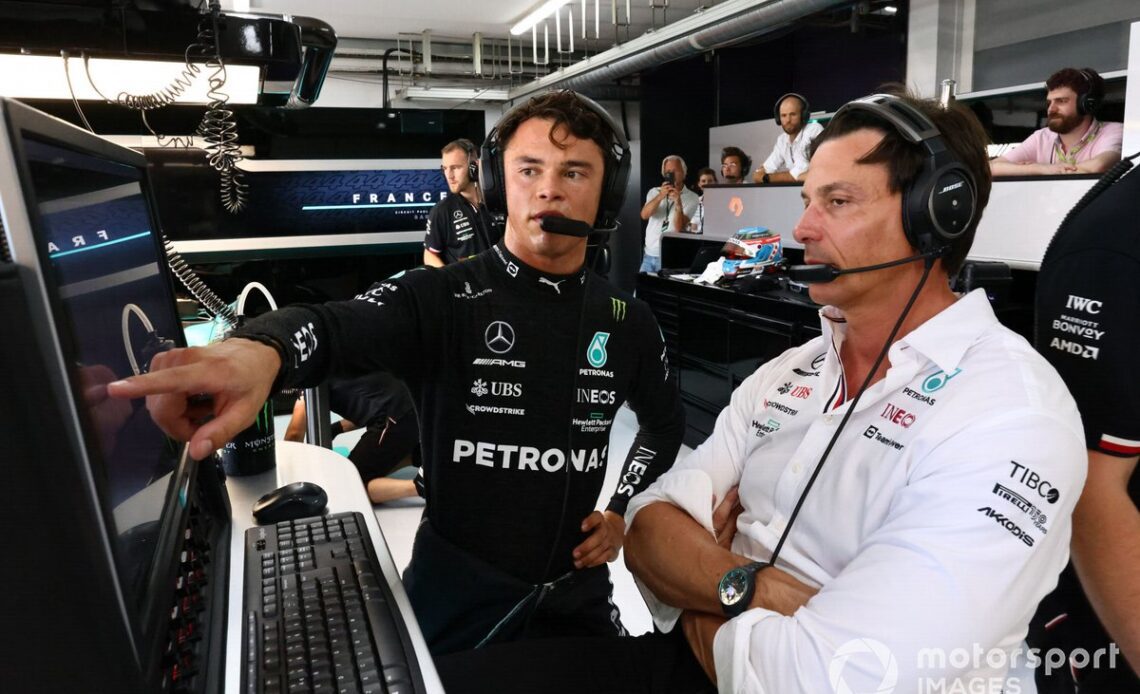 A core group of teams led by Ferrari and Red Bull are unhappy about the scale of revisions that the FIA is intending to make to the technical regulations for next year.

In particular, they are unhappy that a proposed 25mm raising of the floor edges and a lifting of the diffuser throat will force them to change development direction on the 2023 cars, something which could prove expensive and disruptive.

Some of the squads are questioning whether or not the FIA has overstepped its authority in playing the safety card on porpoising at a time when teams appear to have the matter more under control.

While teams are lobbying FIA president Mohammed Ben Sulayem to try to find a compromise solution, there have been suggestions that motor racing’s governing body could face a formal challenge, potentially through either a Ferrari veto or the courts.

But Wolff, whose team is supportive of the FIA’s stance, thinks talk of matters going legal is just a case of public posturing and will not happen, as he suggested rivals are just unhappy because the FIA is clamping down on floor tricks that are given them a competitive advantage.

“You wonder, I read in the media that it [the rule change] is not relevant, it’s not a big change, so why are they fighting that we’re threatening to go legal?” he said.

“No team is ever going to go legal against the FIA, number one. Plus, if the FIA decides to implement something on safety grounds. I’d be watching guys. So I think this is just posing.”

Wolff thinks that ultimately what teams want over the matter is irrelevant, as the most important thing is ensuring that drivers’ safety concerns about bouncing are sorted.

“I think it’s just business as usual,” he said about the latest row. “There is an inherent issue of cars that we are not seeing here, that we’ve not seen in Austria, neither did we see it in Silverstone, because the tracks are the flattest of the year. But it didn’t go away.

“The cars are way too stiff and they bounce. And if you ask the driver, you will probably have a majority that will, if asked anonymously, tell you that.

“I think there was such a discussion among the drivers and there’s also an outcome that nobody talks about. And I think we’ll see where that goes.”

Asked by Motorsport.com if he would accept a compromise, with a number of teams…