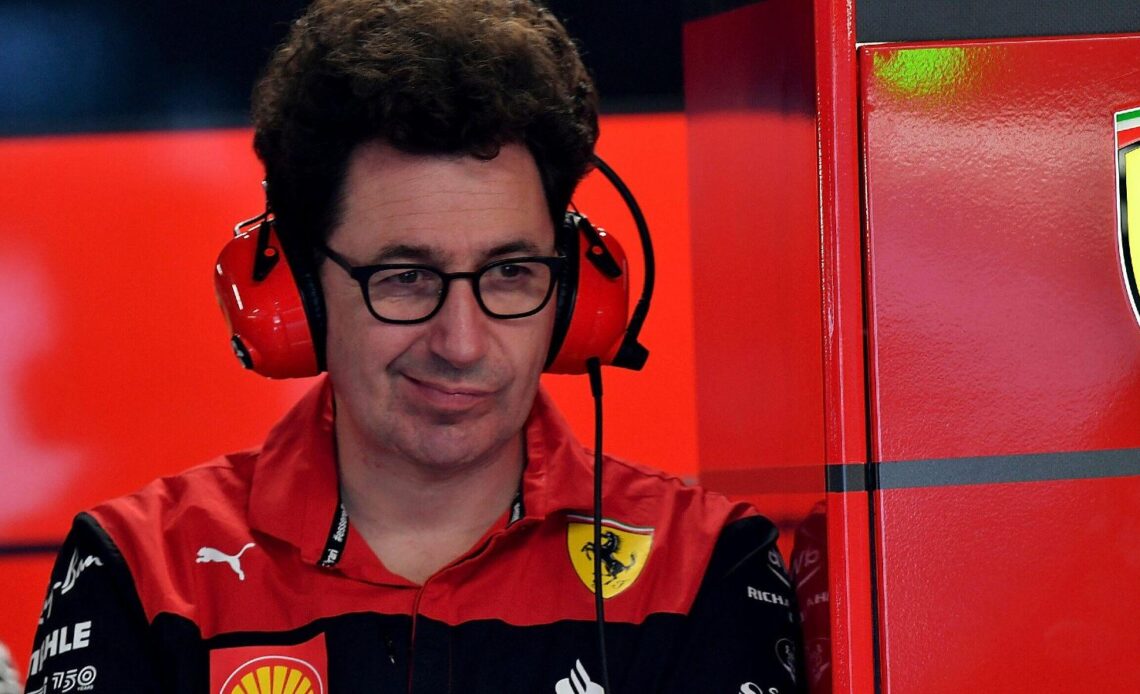 One of six teams said to be opposed to changing F1’s rules to try to minimise porpoising, Ferrari’s Mattia Binotto has reportedly said teams could protest if the FIA push ahead with their 2023 rule changes.

Six of the Formula 1 teams, potentially even eight, are at loggerheads with the FIA over their planned rule changes.

With drivers worried about their long-term health if their cars continue bouncing, the FIA announced in Canada a technical directive to introduce an Aerodynamic Oscillation Metric [AOM], one that would force the teams to make changes to the car’s set-up should it exceed the maximum level of vertical oscillations permitted.

That was pushed back to the Belgian Grand Prix, with motorsport’s governing body acknowledging it is a short-term fix.

As such, for 2023 they intend changing the rules by raising the floor edges by 25mm as well as the underfloor diffuser throat. There will also be more stringent lateral floor deflection tests and a new sensor to quantify aero oscillation.

Six teams, including Ferrari, are opposed to it, with Binotto disagreeing with the FIA’s safety argument.

“There is no reason to classify the whole thing as a safety problem,” the Ferrari team boss told Auto Motor und Sport.

“Most teams have long since had bouncing under control and for the race at Spa there are fixed limits anyway.

“If the cars comply with the specifications (the AOM), they should be safe with it.

“And if there is no safety argument, the normal voting process has to be followed when the rules are changed.”

And if the process is not followed, AMuS suggests there could be protests.

The report adds: “Binotto even went so far as to say people would protest against the rules if they just wanted to push them through with the safety argument.

‘The FIA ​​does not have to prove there is a safety problem, however proof could have to be provided before a civil court that safety is not endangered in this case.”

Under the normal process, eight of the 10 teams have to agree for last-minute changes to be pushed through.

According to Autosport, “sources with good knowledge of the situation have suggested there is even support from eight teams – which would be enough for a super-majority”.