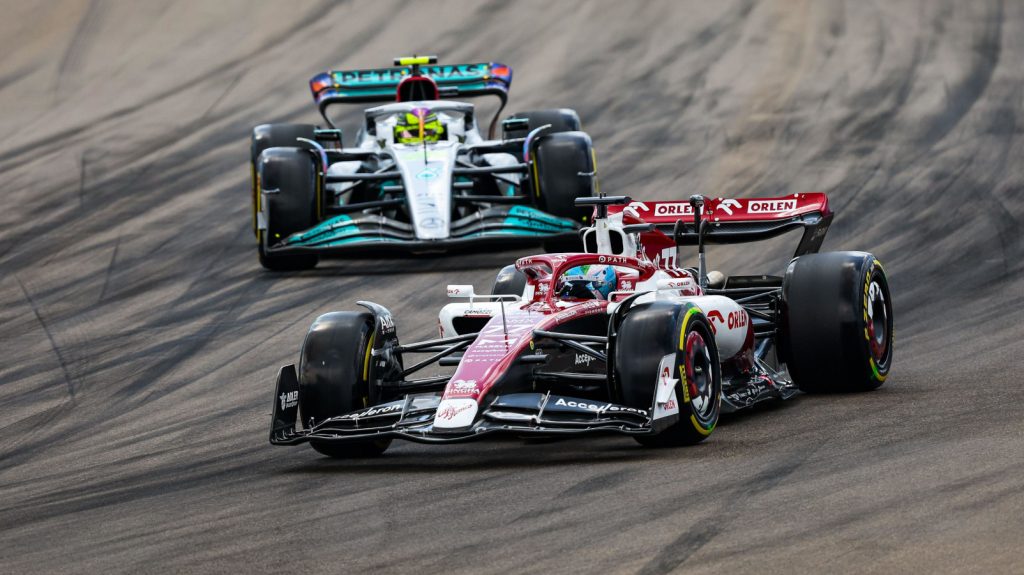 A number of Formula 1 technical staff have urged the FIA to clarify the floor regulations for 2023, as talks continue about potential tweaks.

With the governing body seeking to change the technical regulations to raise the cars from the ground, in a bid to reduce the effects of porpoising, there has been pushback from some of the teams against the proposed 25mm lift.

With some teams more bothered by the potential changes than others, with Red Bull’s Christian Horner saying there is “significant lobbying” going on from Mercedes, the staff who are concerned about having to finalise the 2023 designs are seeking to get clarity as quickly as possible.

“We’ve got to find out what those changes are at this point,” said McLaren technical director James Key at Saturday’s press conference at Paul Ricard.

“There’s obviously been some discussion on the porpoising issue. And the FIA have raised concern over driver welfare and safety, which is definitely the correct approach. So, we’re very supportive of this: I don’t think you can row back on a safety issue.

“I know there’s a bit of concern from some teams. As a team that hasn’t particularly suffered from porpoising, we’re still in favour of it, because we think it’s the right thing to do. So, I think with the sorts of things that have been proposed, they’re big enough to have to put fresh research on to it.

“Not everything is going to carry over in terms of your aerodynamic knowledge: there will be a few impacts on packaging, and that sort of thing but I don’t… personally, I don’t see it as a radical change enough to where you’ve got to step back and think: we’ve got to re-lay on the car out now because, all of these things require something different. So, I think there’s going to be a similar thread to what we’ve learned this year.

“But there will be a bit of fresh research based on things that we’ve already established. Floor height, for example, if that changes, it’s going to be broadly the same floor – just a bit higher. So ‘what does that mean for us?’ – rather than something totally unfamiliar.”

Alfa Romeo technical director Jan Monchaux agreed with his McLaren counterpart, but pointed out the potential to disrupt a team’s budgeting in light of the financial regulations.

“From our side in general, we were welcoming the effort of the FIA to improve, in general, the safety,” he said.

“We are questioning this particular topic. We’ll…