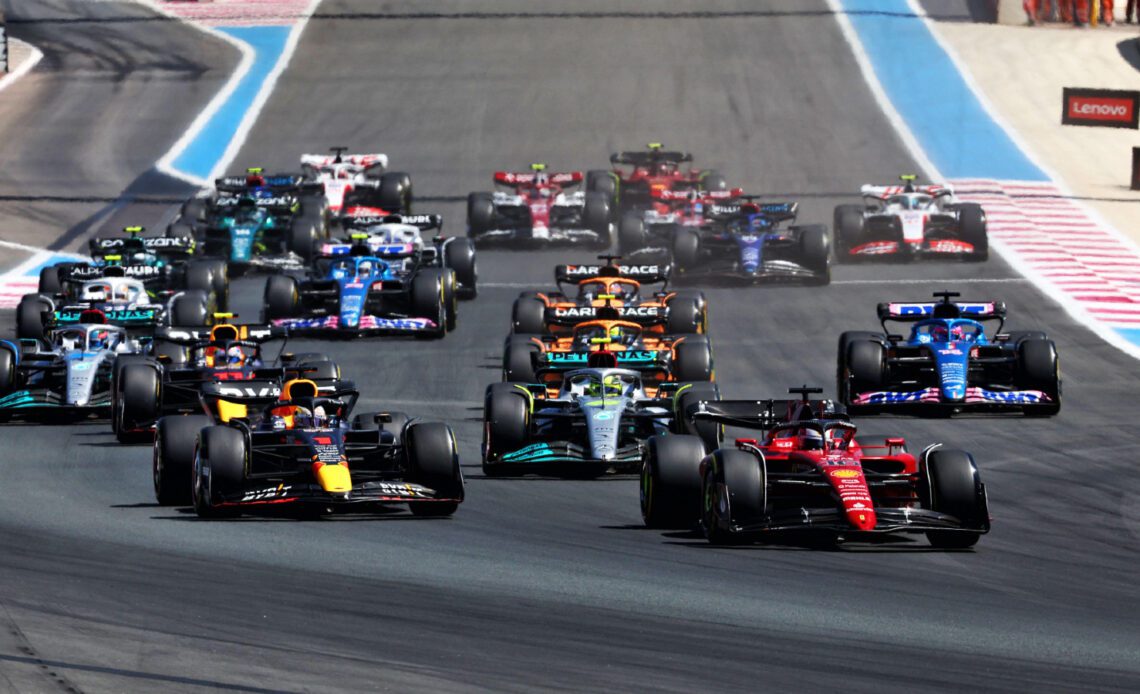 Here are the complete results from the French Grand Prix, which has been won by Red Bull’s Max Verstappen.

Verstappen benefitted from a mid-race incident for Ferrari’s Charles Leclerc, who was leading the race on Lap 19 when he went off into the barriers at Le Beausset after losing control of the rear of his F1-75. Leclerc later admitted that he had simply made a mistake while pushing.

Having been involved in a thrilling tete-a-tete, Leclerc’s mistake cleared the way for the reigning World Champion to assume the lead and pull away from Hamilton after a brief Safety Car intervention.

Verstappen came home with a comfortable lead at the chequered flag, with Hamilton a strong second place ahead of Mercedes’ George Russell. The British driver had been engaged in a spirited battle with Red Bull’s Sergio Perez, but Perez appeared to be caught out by a late Virtual Safety Car deployment that saw Russell jump him in the final sector as the VSC came to an end.

Perez was resigned to fourth place as a result of the incident, while Carlos Sainz came home fifth in the sole Ferrari after starting from the back. The Spaniard had looked set to challenge for a podium place, until Ferrari opted to bring him in for an extra pit stop with 10 laps remaining.

Here’s our full report into what happened on track during the French Grand Prix.