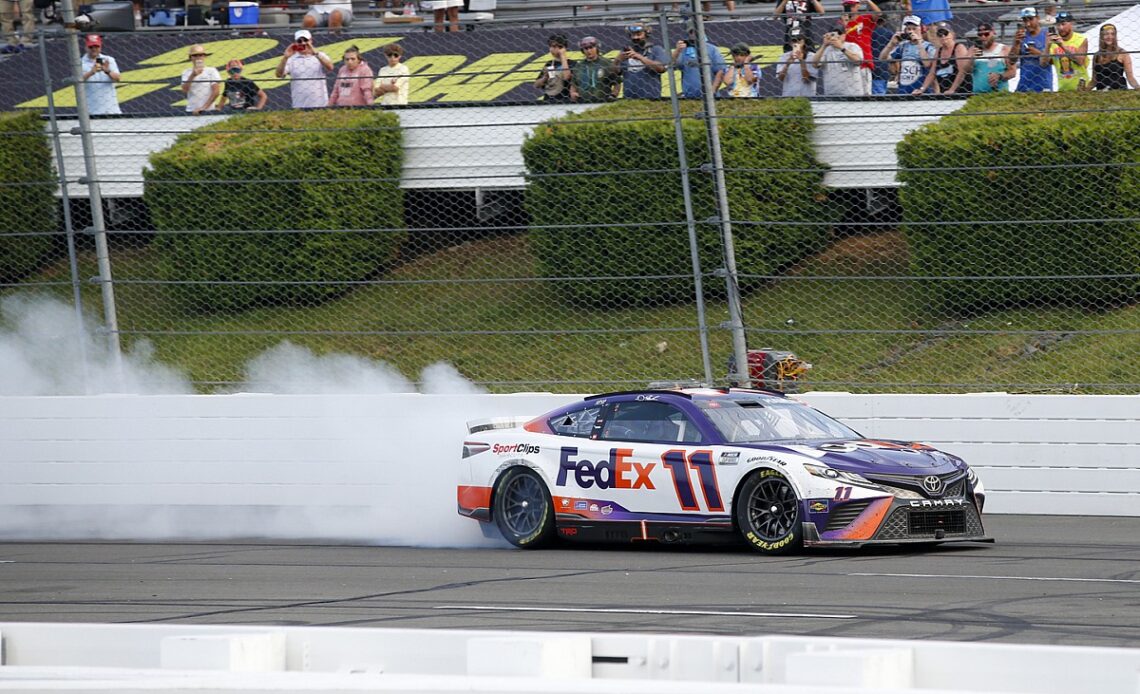 More than 2½ hours following the conclusion of Sunday’s race at Pocono Raceway – won by Denny Hamlin – NASCAR announced that Hamlin’s No. 11 Toyota and the No. 18 of his Joe Gibbs Racing teammate, Kyle Busch, had failed post-race inspection.

“There were some issues discovered that affected aero in the vehicles. The part was the front fascia. There really was no reason why there was material somewhere where it shouldn’t have been,” said Cup Series managing director Brad Moran.

“They have the opportunity to appeal it and it will be all sorted out next week. I can’t get into details on what the issues were but both vehicles had the same issue and unfortunately they were not acceptable to pass inspection.”

This is the first time a Cup Series race winner has been disqualified since NASCAR implemented its new post-race inspection rules in 2019. Race winner disqualifications have happened in both the Xfinity and Truck series.

Pending a change on appeal, Elliott will be credited with the win – his series-leading fourth of the 2022 season – although he never led a lap in the race.

After sending Ross Chastain into the wall in a battle to take the lead late in the race, Hamlin spent the final 13 laps fending off Busch to capture what would have been his third win of the season.

The runner-up finish by Busch was his first top-five since a second-place effort at Gateway in early June.

Both cars were impounded by NASCAR and taken back to its research and development center in Concord, N.C.

As a result of the DQ, both drivers received last-place points and lose all stage points and playoff points accumulated in the race.

The cars of Michael McDowell and Ricky Stenhouse Jr. will also be taken to the R&D Center for further inspection.