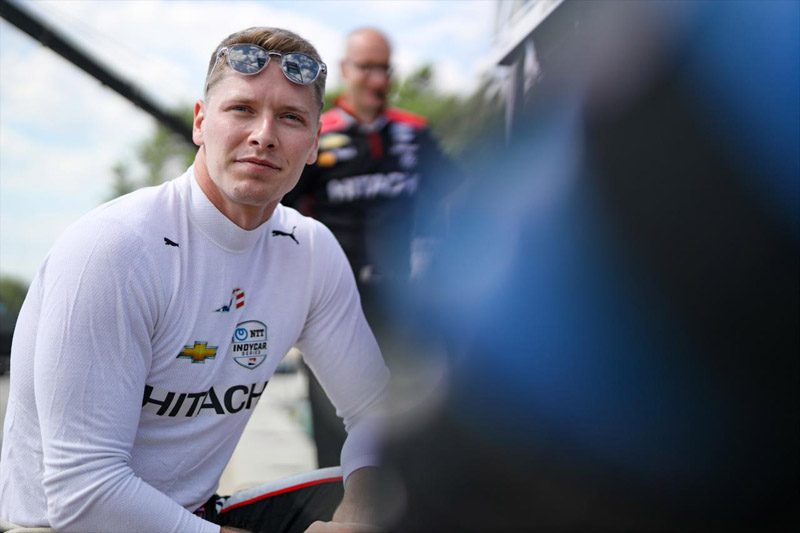 Josef Newgarden has been airlifted from Iowa Speedway after losing consciousness following the conclusion of Sunday’s (June 24) Hy-Vee Salute to Farmers 300.

According to Dr. Geoffrrey Billows, Newgarden suffered an “abrasion” to his forehead and is being taken to Des Moines for “more advanced imaging.”

Newgarden is alert and talking pic.twitter.com/iIHlEeBEhp

Newgarden was flown from the track in Newton via ambulance to Des Moines rather than driven due to distance and post-race traffic.

Update on @josefnewgardenfr Dr. Geoffrey Billows: Newgarden is awake and alert but being airlifted to downtown Des Moines after falling outside his hauler and suffering a head abrasion. Dr. Billows says Newgarden was awake and alert and communicating. He checked out fine earlier. pic.twitter.com/RrZzyGURdo

IndyCar later released a statement confirming that Newgarden is awake and alert, noting that the driver was taken to Des Moines for further evaluation.

After winning the first race of the weekend doubleheader at Iowa, while leading Sunday’s race, Newgarden crashed out late in the race.

Newgarden appeared aware and alert following the crash, exiting his car under his own power and speaking with NBC’s Dave Burns after leaving the infield care center. Newgarden’s car was substantially damaged after backing into Iowa’s turn 4 barrier at around 130 mph.

This is an ongoing development and will be updated as more information becomes available.