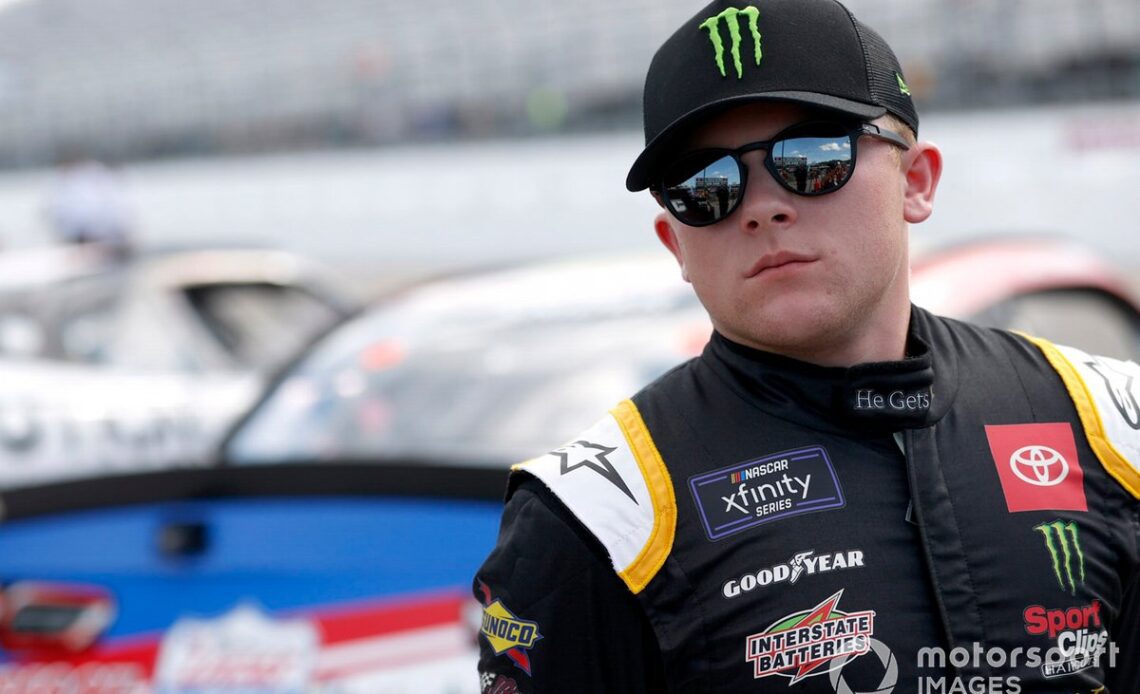 Busch, 43, was involved in a hard wreck in the final round of Saturday’s qualifying session but was not cleared by NASCAR to compete following an examination on Sunday morning.

“This morning, Kurt Busch met with doctors in the infield care center for further evaluation following his accident during yesterday’s qualifying session. Following the evaluation, Kurt Busch has not been cleared to race in today’s NASCAR Cup Series event at Pocono Raceway.”

Busch will be replaced by Xfinity Series title contender Ty Gibbs in 23XI Racing’s No. 45 Toyota.

Ty Gibbs, Joe Gibbs Racing, He Gets Us Toyota Supra

Gibbs, 19, finished second in Saturday’s Xfinity race at the track and will be making his first Cup Series start.

Busch has already won this season and qualified for the Cup Series playoffs. He has been granted a medical waiver for missing the race.

“NASCAR has done a great job of putting the drivers’ health before competition and I respect the decision they have made. I’m still having concussion-like symptoms from yesterday’s impact in qualifying.

“The tests demonstrate I am still recovering. I will continue to follow the medical team’s recommendations and appreciate everyone’s support. Thanks to 23XI and their efforts, let’s get back on track at Indy!”

Gibbs will have to start from the rear of the field due to a driver change.