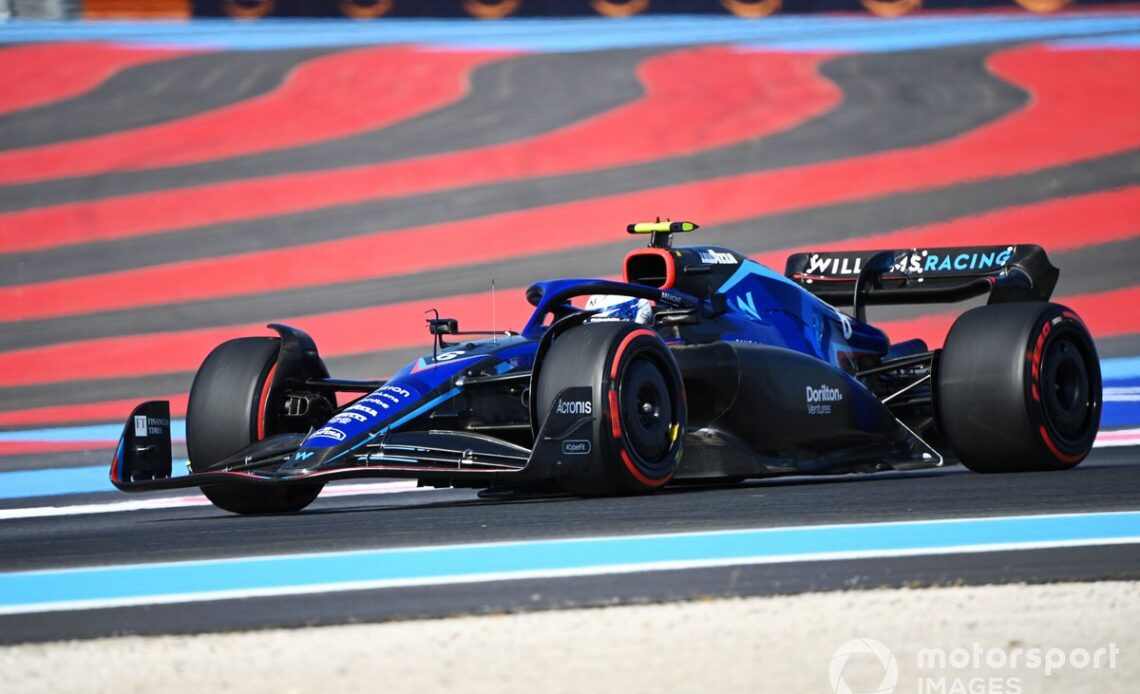 After seeing Williams debut its updated bodywork package on teammate Alex Albon’s car at the British Grand Prix, Latifi finally got the new parts for the Paul Ricard race weekend.

The Canadian slumped to last place in qualifying on Saturday, lapping three tenths of a second slower than Albon, and he felt he should have “safely” made it through Q1 before “something just felt off” with his car.

“I feel there were a lot of little issues that we were having that we shouldn’t have been having,” Latifi said.

“I had an off-centre steering wheel all weekend which we haven’t been able to fix, and obviously in parc ferme we can’t fix it for the race tomorrow [Sunday].

“It is extremely disturbing and frustrating as a driver when your wheel is quite a bit off-centre, and there were some other things that didn’t go quite right.

“The pace was there in the car quite easily, and that is a clear sign of improvement from the update package. But I don’t see why what happened on the last lap.”

Asked what explanation had been given by the team about the off-centre steering, Latifi replied: “I haven’t got one yet.”

But Williams head of vehicle performance Dave Robson downplayed the impact of the steering issue on Latifi’s car, and noted the challenge of making a fix with the current curfew pressures on team personnel.

“In the data, and even watching the video, it looks like a fairly small problem,” said Robson.

“With all these things, there is always a little bit of imperfection in them. I think in the past it would have been easier to have fixed in the sense that we could have spent as long as we wanted to last night, taken the car to bits and finding it. Obviously now with the vastly restricted working hours, it’s a bit more difficult to do that.

“I think also some of it is the crosspoint, so it’s not actually the car itself. So, in the pit lane it’s not too bad.

“Maybe it has disturbed him a little bit but I don’t think it’s too bad, to be honest.”

Latifi was encouraged the updates had nevertheless offered “a relative step in performance” as he looks to lift his form amid uncertainty over his future with the team beyond the end of this season.

Williams is widely expected to sign Alpine reserve driver Oscar Piastri on loan for next year to partner Albon as Latifi’s contract comes to an end.