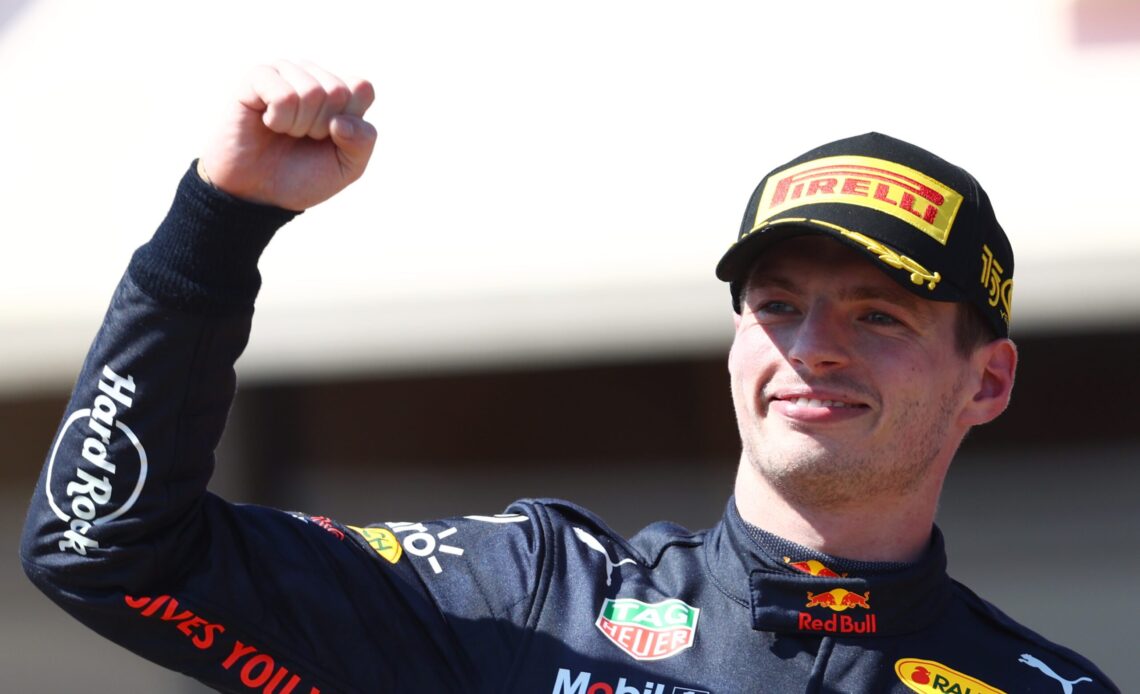 Max Verstappen looked like he might be set for a second-place finish at the French Grand Prix through the opening 15 laps.  Initially unable to pass leader Charles Leclerc, that changed when Leclerc crashed out, giving Verstappen a free pass to first.  With the opening given, Verstappen made easy work of grabbing his seventh win of 2022 and the 27th of his career.  The win also opened up his lead over second-place Leclerc by 63 points (233–170) with one race to go until the summer break.

Lewis Hamilton used a masterful start to go from fourth to third and then also benefitted from Leclercʻs DNF to gain second and then hold on from there.  The second-place finish came on Hamiltonʻs 300th career start.

George Russell followed teammate Hamilton to the finish, giving Mercedes a bountiful points day.  While the Silver Arrows still sit in third, they closed the gap to second-place Ferrari in the constructorʻs title, now behind by 44 points (314-270).

Sergio Perez finished fourth on a day when he never seemed to be able to push the pace.  Carlos Sainz, starting from the back, gave Ferrari a solid finish by crossing the line in the fifth spot.

Fernando Alonso gave the France-based Alpine team a reason to smile by earning sixth on the day.  Alonso could never find the pace to match the frontrunners but was wily enough to keep anyone from behind getting past.  Lando Norris secured another solid result with the upgraded McLaren by taking seventh.

Lance Stroll held on to earn the last points-paying posiition by besting teammate Sebastian Vettel to the line to close out the race.

The getaway from lights out passed in mostly clean fashion with only a collision between Esteban Ocon and Yuki Tsunoda providing any overt drama.  Leclerc took to the front with Verstappen behind as Hamilton moved from fourth into third with a lovely start.  Perez slotted into fourth with Alonso in fifth followed by Russell.

Over the course of the first couple laps, the order held.  By lap five, concerns about how Ferrari would manage Leclerc and the tyres on his car became a focal point.  Verstappen repeatedly closed the gap and looked to be quicker, with an overtake as assurance but only a matter of time.

But it never happened.  Leclerc, in clean air, enjoyed better tyre wear, while Verstappen wore his down and what had at one point been a tight race…