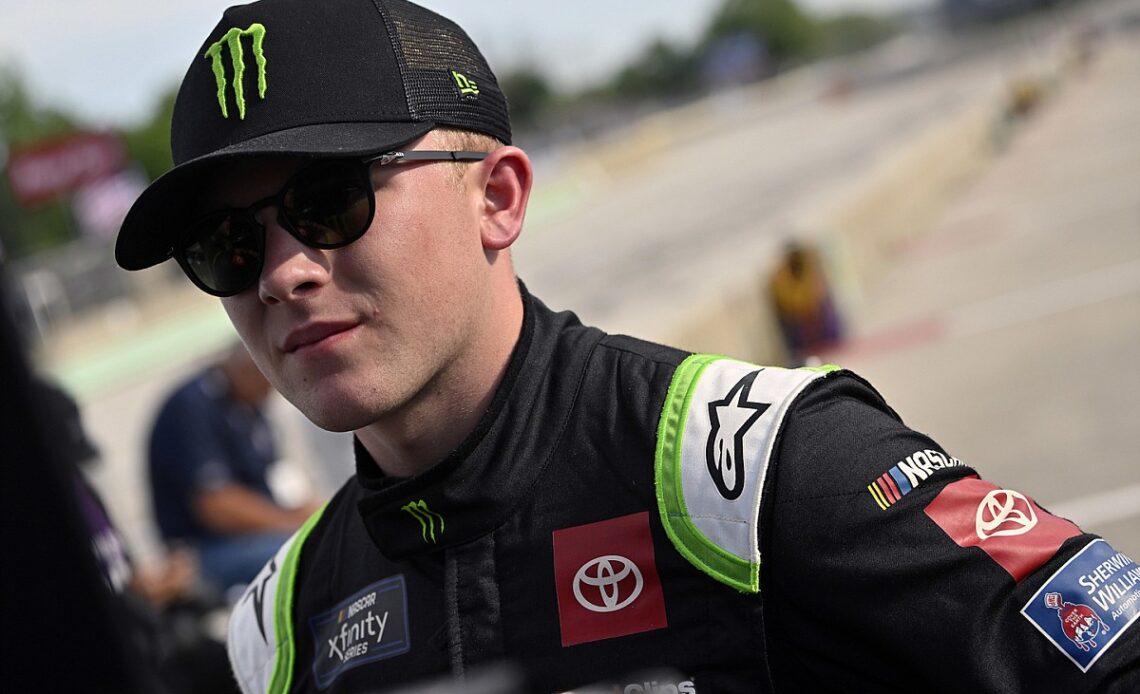 After NASCAR announced Sunday morning that Kurt Busch was not medically cleared to compete at Pocono Raceway, his 23XI Racing team turned to Gibbs to drive its No. 45 Toyota.

Gibbs, the 19-year-old grandson of Hall of Famer Joe Gibbs, was fresh off a runner-up finish in Saturday’s Xfinity Series race at Pocono.

In his first full season in series competition, Gibbs has won three poles and four races in 18 races making him a legitimate title contender. However, he has never turned a lap in the Cup Series’ new Next Gen car.

Gibbs had to start the race from the rear of the field and elected to lay back early-on as he tried to get a feel for the car. But he remained on the lead lap throughout the race, navigated green-flag pit stops and flirted with a top-15 finish before finally settling in at 18th.

“First of all, I want to say thank you to God for giving me this opportunity. Thank you to Michael Jordan and Denny Hamlin – everybody at 23XI,” Gibbs said. “The most important thing right now is about Kurt’s health and hopefully he can get back in this seat.

“He drives way better than me so he deserves this. He’s been awesome. He’s helped me out so much. I want to say thank you to him.”

Busch, 43, was involved in a hard wreck in the final round of Cup qualifying on Saturday and was still suffering lingering effects from a concussion on Sunday.

In a statement Sunday morning, Busch said he hoped to be able to compete in next weekend’s race on the Indianapolis Motor Speedway Road Course.

Asked about his biggest surprise in a Cup Series car, Gibbs said: “Just the dirty air and how bad that affects you. Just being able to make sure I was getting out far enough. I was a little bit tight all day, so just trying to get front-turn and trying to get more center-turn which would help me.

“It was a learning day. I felt like I learned a lot. I’m very thankful. It was close to almost a top 15. It was fun racing with Brad (Keselowski). Never thought I’d race with these guys.

“It was just cool being next to them on the track. So, to 10-year-old Ty that means a lot. I don’t think I would ever expect that.”