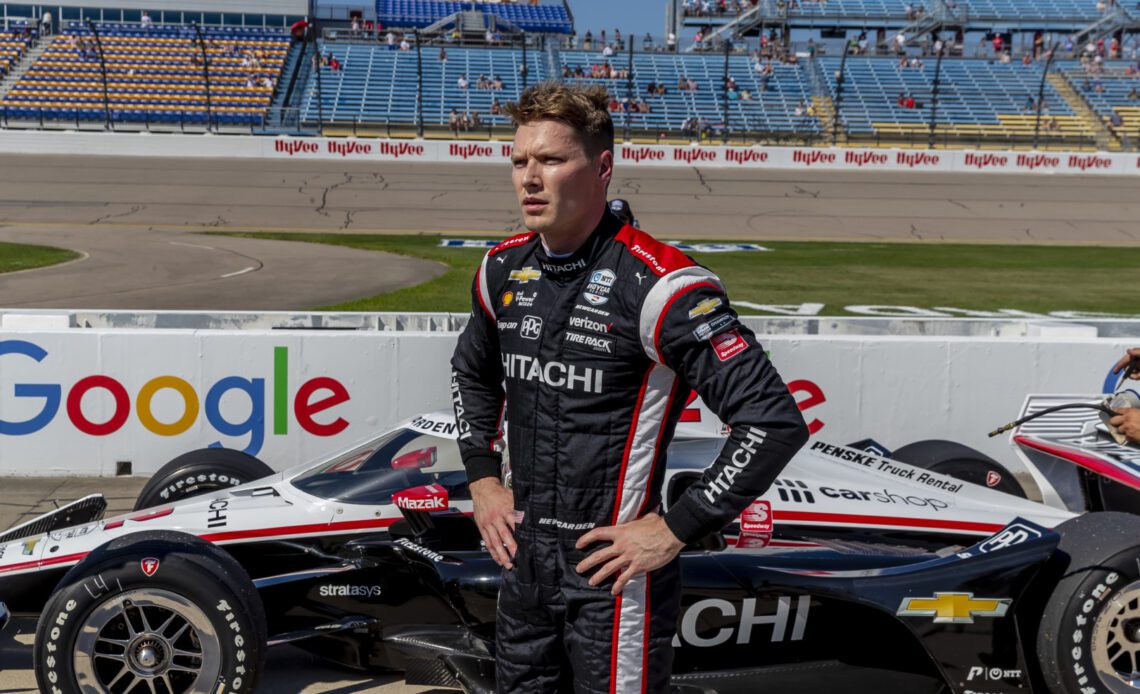 A day after crushing the competition in the first race of the Iowa Speedway doubleheader, it was déjà vu for Josef Newgarden in Sunday’s Hy-Vee Salute to Farmers 300, but a clean sweep of the weekend was not to be for the driver of the No. 2 Team Penske Chevrolet.

Newgarden led 208 of 250 laps on Saturday en route to his fourth career win on the .894-mile oval, and 24 hours later, it seemed he would repeat that feat.

After starting from second-place, Newgarden would run behind teammate Will Power for the first 83 laps of the race before ascending to the lead for the first time on lap 84. For 148 of the next 153 laps, Newgarden was on a Sunday drive, just clicking off laps as the checkered flag grew nearer.

However, on lap 235, everything went askew for Newgarden when a puff of smoke emanated from the rear end of his car, simultaneously sending his car careening into the outside wall, shattering his hopes of adding to his Iowa record and closing the gap on the championship leaders.

“I’m alright. Not sure what happened. F*** that hurt,” Newgarden said on the radio afterwards.

Newgarden would be checked and released from the Infield Care Center a short time later, but even after having some time to collect his thoughts, was still at a loss for words after having the rug pulled out for underneath him.

“Definitely was a bit of a shot. Man, I want to cry,” Newgarden said. “So sad for my team. I don’t know what happened. It was a good run. I mean, it’s just one race, but I feel terrible for us. The Team Chevy, Hitachi guys did a great job, just something went wrong there.

“Everything felt fine to me up to that point. I did have a vibration at the start of the stint, which is not abnormal. Tire balances are always shifting, so it’s just possible that we had a mismatched set. It wasn’t diabolical whatsoever, everything felt just fine. Totally unexpected when it happened. It caught me by surprise. I didn’t know what the heck happened until I was in the wall.

“This is racing. Team Penske is the best. I never have this stuff. Maybe we were due. We can’t afford it for this year, but we’ll fight back. We’ve got a great team here.”