Nicholas Latifi “ran me out of road” in race-ending collision 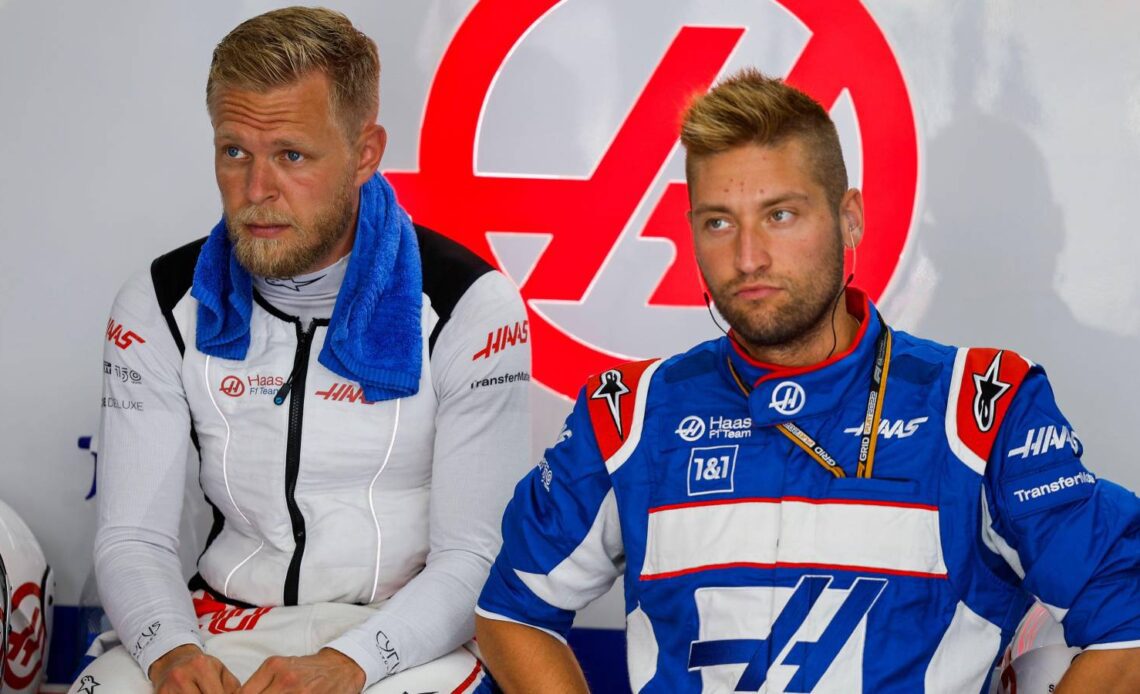 Neither Kevin Magnussen nor Nicholas Latifi were willing to accept the blame for the collision that ultimately ended the French Grand Prix for both of them.

On Lap 38, Latifi, in the Williams, went for a move down the inside of Magnussen’s Haas at the left-hand Turn 1 of Circuit Paul Ricard and was marginally ahead going into the right-hander immediately afterwards.

The cars made contact and Latifi spun into the run-off area while Magnussen also went off track and continued, but the damage sustained to each car meant they were both forced into retirement within the next few laps.

Points did not look to be at stake for either driver at the time, yet that did not soften their respective stances when they discussed the incident with the media afterwards.

Speaking to Formula1.com, Magnussen, whose good early progress from the back of the grid then stalled following a Safety Car period, said: “He attacked, ran me out of road and then on the right-hander we made contact.

“From how I see it, there was nowhere I could really go except off the track and through the bollards, which at that point it was too late.

“I think he should have given me more space but it’s too hard to say now – you’d have to go and see it again on television and judge from that.

“A shame – we tried our best, we started last [because of an engine penalty] and had a good car on one-lap pace but not as good on long runs, so we struggled a little bit but gave it our best.”

Despite a fantastic opening lap, it was a tough Sunday in the end for K-Mag who had to retire after a collision.#HaasF1 #FrenchGP pic.twitter.com/v9j8hvBDhs

Latifi was a little more open to taking at least some responsibility, but still launched a staunch defence of his actions.

“I haven’t seen a replay yet so you always have one perspective from in the car, when you think you’re not at fault for sure,” said the Canadian.

“I went for the move up the inside at Turn 1, we both went a little bit deep. I was quite a bit ahead into Turn 2, it felt like. I felt like I left enough room but again, I have to see the video.

“It’s normally a place where the radius of the corner kind of squeezes and narrows, so I thought the corner was mine and the position was mine at that point.