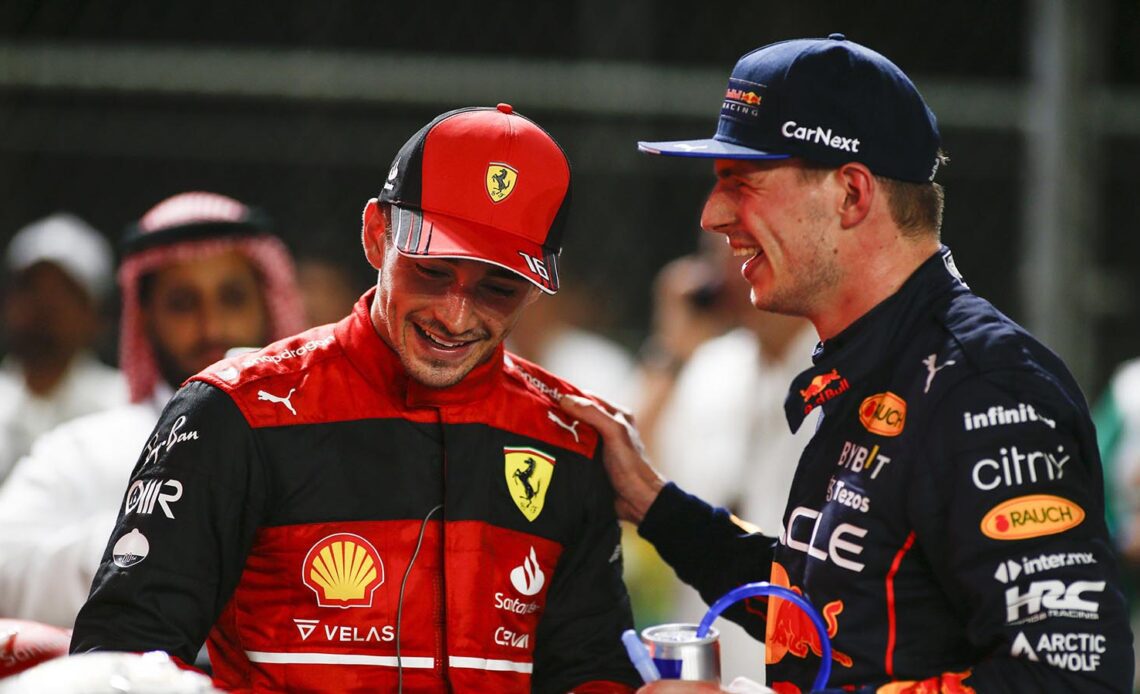 Nico Rosberg has said he would bet his house that the relationship between Max Verstappen and Charles Leclerc will not last until the end of the season.

In contrast to Verstappen’s tempestuous rivalry with Lewis Hamilton last season, the title fight between the Dutchman and Leclerc has been calm and friendly.

The two have looked like the only realistic contenders since race one but despite this, there has been no bad blood between them and the wheel-to-wheel racing has been respectful up until this point.

One man who knows about a little something about a rivalry boiling over is Rosberg and he was confident that the positive relationship between the Red Bull and Ferrari men will not last the whole campaign.

“Honestly, that [lack of drama between Verstappen and Leclerc] surprises me massively because they have gone wheel-to-wheel so much and so intensely,” he told Sky Sports F1. “And that there’s never even been kind of a discussion moment or anything has been a huge surprise.

“But I mean, I’ll bet probably even my house that it’s not going to last for the whole season with the amount of times they go wheel-to-wheel. There must come a moment where there’s going to be some real baggage or different opinions and some kind of incident or something.

“Let’s see, I mean, as a fan, of course, we want to see things heating up a little bit more, but I’m sure we’ll get that.”

One reason as to why the rivalry has not been as heated as some may have expected is the unreliability of the Ferrari with Leclerc having started on pole only to retire twice this season. Carlos Sainz will also start from the back of the grid in France after taking a completely new engine, his fourth of the season.

Rosberg said he spoke to someone within the Ferrari garage who warned there is no quick fix to the engine issues.

“I’m sure they’ve learned from what happened in Austria,” Rosberg said. “But with an engine it’s not so easy to bring a quick fix often and I’ve heard that within Ferrari that it’s not easy to bring in this quick fix.

“So they’re trying to manage the situation carefully, but there are some headaches remaining there. So as we’ve seen for the whole  year,…