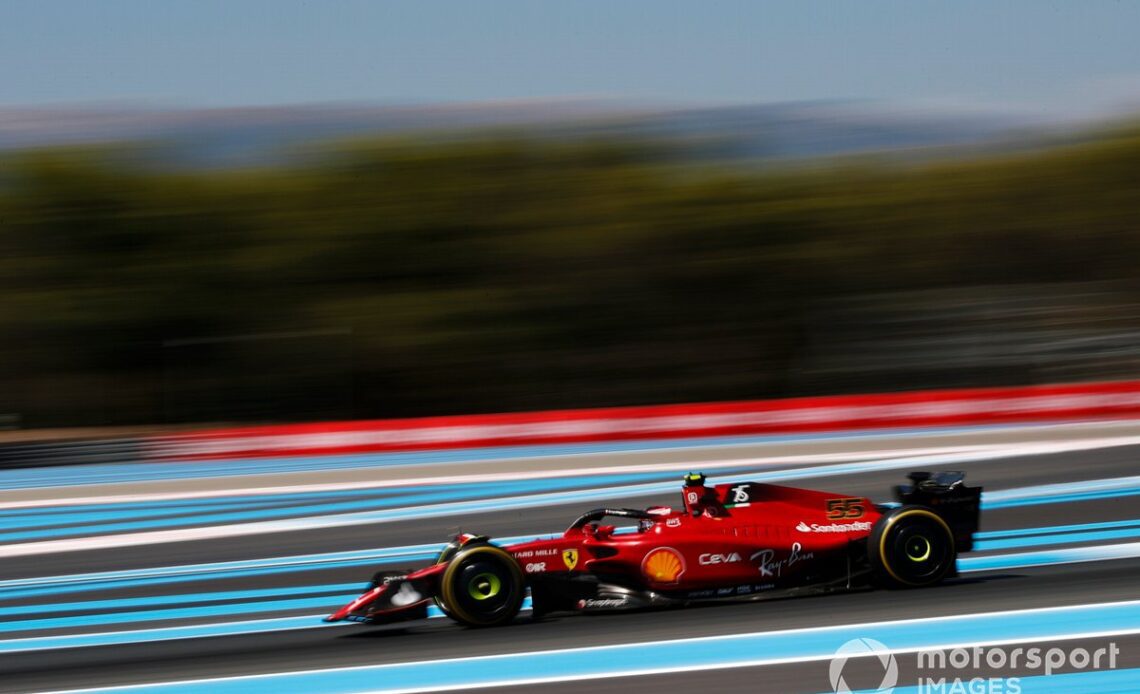 Sainz charged through the order from 19th on the grid having taken an engine change penalty for the Circuit Paul Ricard race, and following team-mate Charles Leclerc’s crash while leading, the Spaniard had battled Red Bull’s Sergio Perez for third place.

But just as he launched an overtake on Perez through the final sequence of corners, Sainz was told to pit, having gone for an alternative strategy to the frontrunners having started on hards and pitted earlier in the race for mediums.

Sainz’s hesitancy to pit was heightened due to him needing to serve a five-second penalty for an unsafe release in his earlier stop, having almost clashed with Alex Albon in the pitlane, and given the extended pitlane at the circuit he estimated he’d lose a total of 32 seconds.

Despite this and having moved into third place ahead of Perez, Sainz was still told to pit on lap 42, dropping him to ninth place after serving his penalty. He fought back to fifth place by the finish using the fresh tyres.

Sainz conceded he had been frustrated at the timing of the strategy call having just climbed to a podium position, but accepted the team had the full picture and were concerned about his tyre life on the mediums if he didn’t pit again before the finish.

“With [passing] Checo it was extremely tough, because the top speed of the Red Bull this weekend was crazy and I had to invent a different place to do it and we actually made it,” Sainz said.

“That’s why it felt a bit frustrating when we didn’t give a shot to try to get to the end but the tyres were very on the limit I think.”

He added: “I’m sure when they show me the numbers from the data and the tyres that they strongly believe that I would not have made it to the end, we have to trust the numbers because it is what we base our strategy on. I’m sure they did it with the best of intentions.

“Obviously when you are in P3 in the podium position after starting last, the last thing you want to do is box and get out of the way and losing seconds in the pitstop.

“Maybe that is why I was more willing to take some extra risk there but in the end the team played it safe with the tyres which I totally understand and we will have to analyse together.”

Sainz still felt there were positives to focus on from his French GP weekend, having fought up to the podium places having started at the back of the grid despite also enduring…