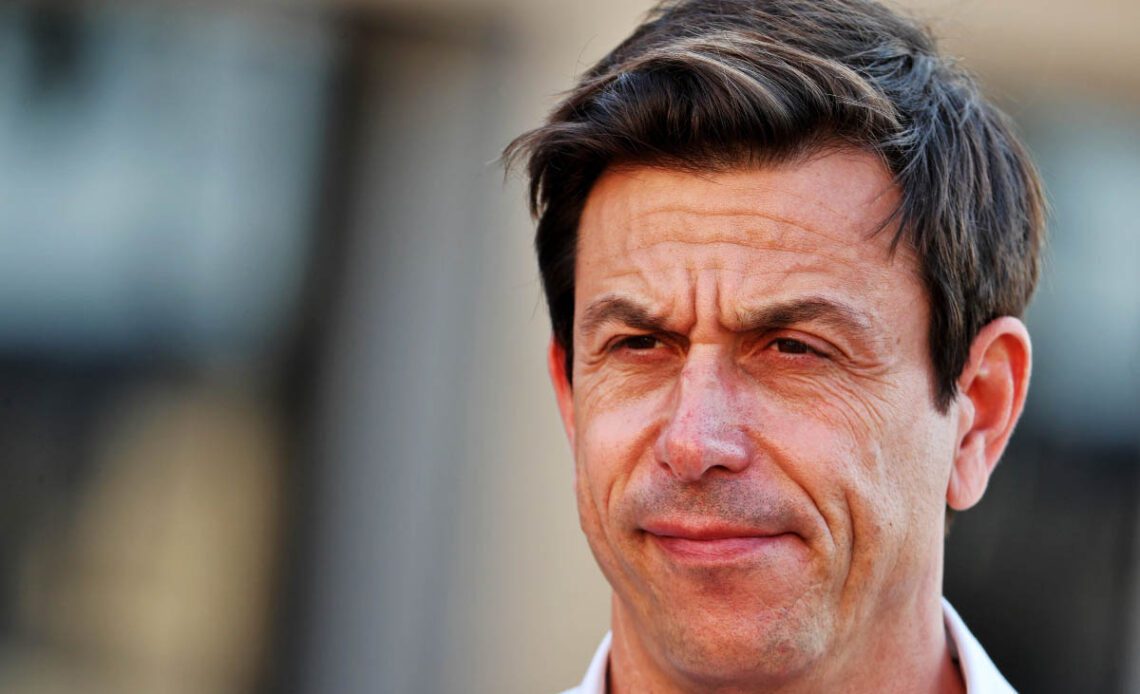 Toto Wolff refused to let his emotions get away from him after Mercedes’ first double podium finish of the season at the French Grand Prix.

14 races on from the 2021 Saudi Arabian Grand Prix, Mercedes were able to celebrate both of their drivers being on the podium once again at the French Grand Prix.

The result did come with the caveat that Charles Leclerc crashed out in lap 35 having been in the lead whilst the other Ferrari driver, Carlos Sainz, started from the back due to grid penalty for an engine change.

Perhaps with this in mind, Mercedes team boss Wolff was refusing to get too excited about the P2 and P3 finish.

“Delighted would be to win,” he told Sky Sports F1. “But we need to stay humble with our guys just not good at the moment to fight with the guys in front.

“I’m always a little bit pessimistic because I think I need to be. We’re just lacking six or seven tenths to the leaders and whilst we have stabilised in the race and [Max] Verstappen hasn’t been really gaining more ground, he was also looking after his tyres.

“So overall I think the team effort was great. The drivers did a really good job, George clever and fast. Lewis the lion that was just always there, didn’t didn’t let loose. We’re doing the maximum at the moment on race day.”

After qualifying, former Mercedes driver Nico Rosberg suggested there would be some “head scratching” going on at the team after the upgrades they brought to Paul Ricard did not translate to pace and Wolff seemed to agree.

“We struggled to bring the tyres in the optimum window and in qualifying, sometimes we have it in the second or third push lap and obviously you’re missing the peak then from the first flying lap,” Wolff said.

“Then in the race you can see that we’re losing three seconds at the beginning of the race or four and then we’re stabilising, we’re actually not so bad.

“So there’s a lot of head scratching going on. But we have the most capable people, the best ones I believe, and at the moment [it] is a little bit trial and error. But that’s great to see that science can also improvise and…