Will Team Penske Find Momentum Before The Playoffs? 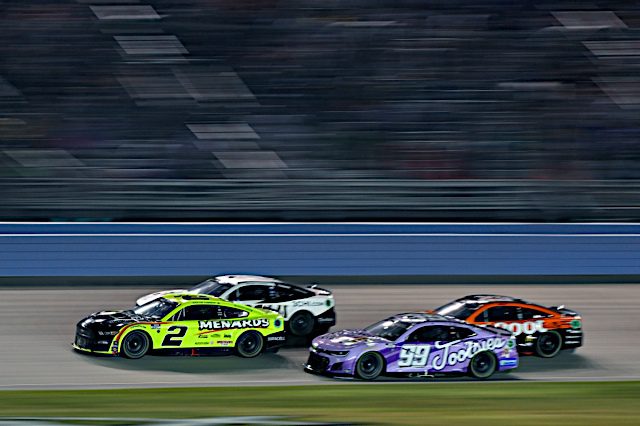 Following Sunday’s (July 24) NASCAR Cup Series event at Pocono Raceway, only five races remain in the regular season. It’s the time of year when both fans and competitors begin to turn their attention toward the playoffs. Some organizations, particularly Joe Gibbs Racing and Hendrick Motorsports, are closing out the regular season with race wins and solid momentum. It is beginning to look like the 2022 championship runs through those teams.

On the other hand, Team Penske has been trending in the wrong direction. The season started out with a bang for Penske when rookie Austin Cindric won the Daytona 500. Joey Logano had an up-and-down start to 2022, winning at the exhibition L.A. Clash at the Coliseum only to slump early on.

However, the No. 22 team seemed to have things figured out after scoring wins at Darlington Raceway and World Wide Technology Raceway at Gateway. And what Logano may have lacked in consistency, Ryan Blaney more than made up for. Blaney has been in the top five in overall points since the fifth race of the season, despite not having won a points-paying race. Penske’s good start to the season should have given them plenty of time to build momentum for the playoffs.

Instead, the problems are beginning to pile up. Victories by drivers like Christopher Bell, Tyler Reddick, and Daniel Suarez have pushed Blaney further and further down the playoff grid. Logano has struggled lately to run at the front of the field or even inside the top 10. Cindric, meanwhile has shown significant improvement from the beginning of the year. However, a crash at Pocono just six laps into the race brought his streak of six races with a 13th place finish or better to a screeching halt.

The next few weeks will be important for Penske to shore up its championship hopes. Blaney needs to win or at least protect himself from falling to the bubble before the regular season finale. Cindric could use a few more playoff points to guard against a first-round exit. Logano remains Penske’s top threat to win the title, given his past success in the elimination-style playoffs. But unless the No. 22 team can turn things around over the next month, Logano will not have a lot of momentum heading into the postseason.